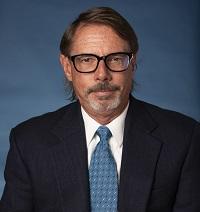 Andy is an accomplished executive in leading private and public companies. He has been an executive vice president of public companies such as Interactive Data Corporation and CMGI, where he was also a general partner in @Ventures. He has held similar positions in early-stage startup enterprises such as Alegeus Technologies, DirectoryM Inc. and Centre Path Network, Inc. He currently holds several board positions with financial services and payment processing enterprises. After starting his career as an auditor at PwC, Andy rose to partner at Ernst & Young LLP, where he established and grew Ernst & Young LLP's mergers and acquisitions practice in New England. He holds a Bachelor of Science in Accountancy from Bentley and has served on the board of trustees since 2000.