Back to In The Know Blog
By Lisa Curtin
February 4, 2016
art gallery
reception

Now on view in the RSM Art Gallery at the Bentley Library is a collection of paintings by the second president of Bentley College, Maurice M. Lindsay: 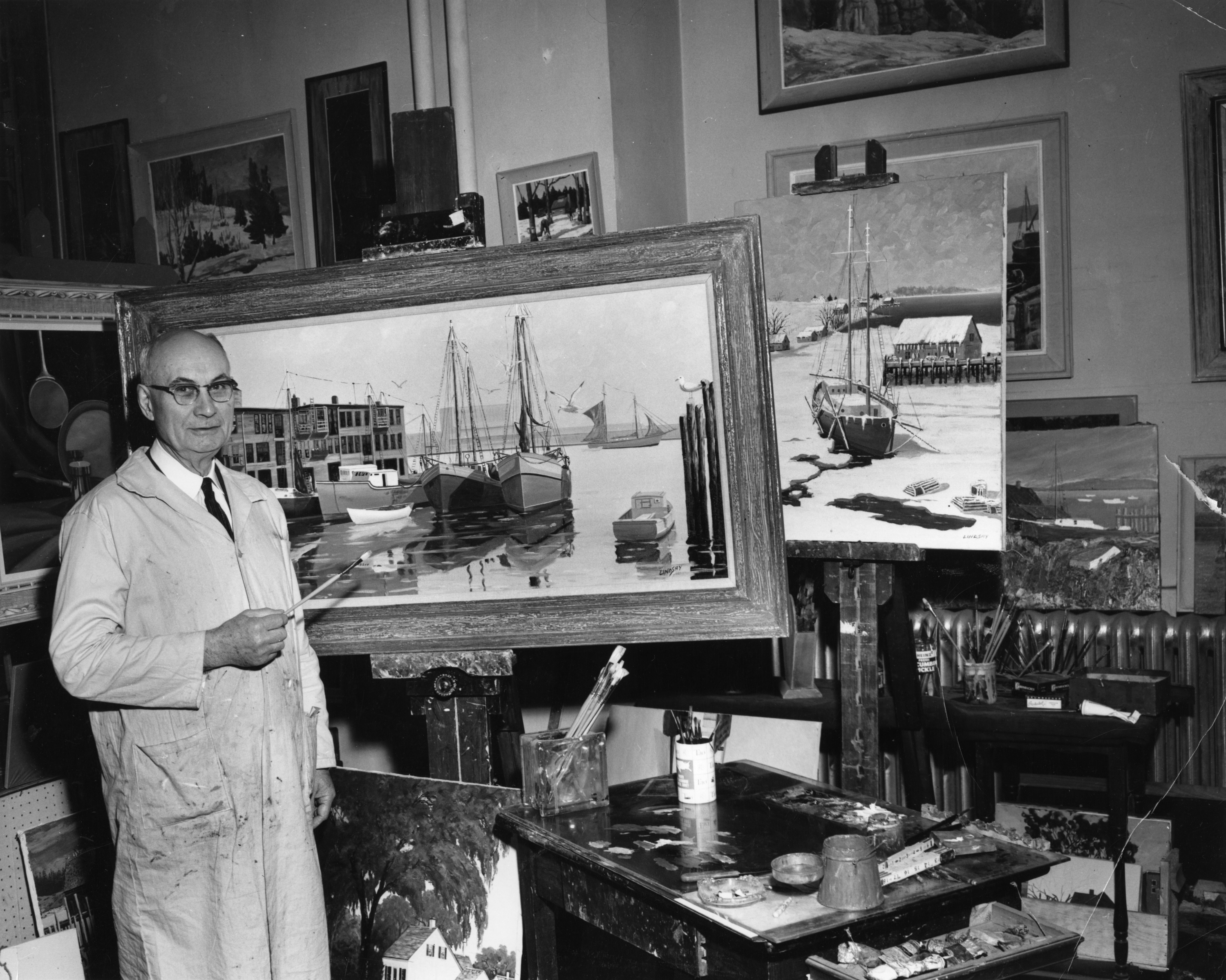 Following his retirement as Bentley College’s second president in 1961, Maurice M. Lindsay (1886-1975) expanded his avocation as a painter to support the growth of the Maurice M. Lindsay Scholarship Fund. Lindsay happily extended his connections with Bentley which started in 1920 by creating paintings for donors to the Fund to help deserving students pay for their education. Lindsay studied painting with Giragos Der Garabedian at the Fenway Art Center on Gloucester Street, around the corner from the College’s Boston location at 921 Boylston Street. He painted in the morning in Der Garabedian’s studio (where he is seen in the photograph above), and in the afternoons and some evenings in a studio he built at his home in Arlington. Donors to the Scholarship Fund could select a painting size corresponding to the size of their donation (initially $100 and up, but later for a wider variety of donations). Favorite scenes were often repeated with variations from one painting to the next, as shown in three versions of “T Wharf, Boston” included in the exhibition. When interviewed about this work by the Boston Globe in 1963, Lindsay reflected that painting for the Fund gave him another career following his retirement. “Painting is a wonderful outlet because it is a challenge. And we need a challenge in life at every stage, no matter what our age.”