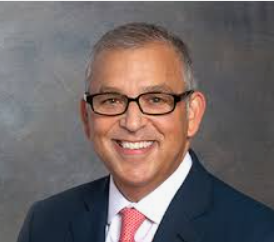 Bill is the executive vice president and head of technology and operations at MetLife. He joined MetLife in 2019 from Bank of America, where he led operations for the consumer, small business, wealth management and private banking businesses. Prior to this role, Pappas was chief information officer for Bank of America's global wholesale banking business, and he’s also served as an executive of global treasury payment operations based out of London. Before joining Bank of America, he spent seven years at General Electric Capital Services in the U.S. and Europe. Chosen as one of Bank Systems & Technology's "Elite 8" as a CIO who embraces change and innovation to achieve competitive distinction, he is a past member of The Federal Reserve Bank of New York's Payments Risk Committee and the Harvard Kennedy School's Council on the Responsible Use of Artificial Intelligence (AI).