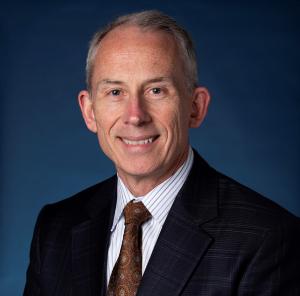 J. Paul Condrin III ’83
Chair of the Board and Interim President

Paul is a seasoned leader in the financial services sector with close to 30 years of experience in a multitude of executive roles at Liberty Mutual Insurance. Most recently, Paul served as president of commercial insurance, where he led transformational change of this $10+ billion strategic business unit resulting in a significant improvement in profitability. Prior to serving in this role, Paul served as president of three additional strategic business units and as the corporate CFO. Before joining Liberty Mutual, Paul was a senior audit manager at KPMG where he specialized in serving insurance companies and higher education institutions. Paul also serves as the chairman of the board of Wide Horizons For Children, Inc., an international adoption and humanitarian aid organization. Paul holds a Bachelor of Science in Accountancy from Bentley University. He has served on the board of trustees since 2013 and was elected chair in 2019. 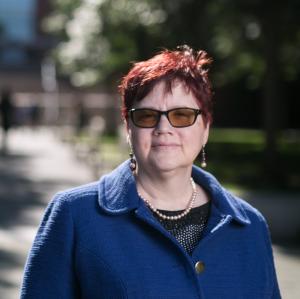 Donna Maria has held numerous academic leadership positions at Bentley since joining the university in 2010. Before being named to her current role, she served as interim provost and vice president for academic affairs, interim dean of the McCallum School of Business and associate professor of Management. Her experience includes leadership, faculty and research roles at Arizona State University, Cornell University, Touro University and the Carnegie Foundation for the Advancement of Teaching. Donna Maria is the founding editor of The Business Journal of Hispanic Research and has received numerous awards, including the Presidential Award from the Society for Advancement of Chicanos/Hispanics and Native Americans in Science and the Brillante Award for Hispanic Education from the National Society of Hispanic MBAs. Donna Maria received her PhD in Industrial and Labor Relations from Cornell University, master’s degree from New York Institute of Technology and bachelor’s degree from SUNY, College at Old Westbury. 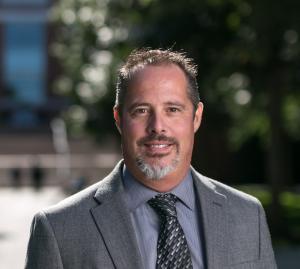 George joined Bentley in 2014 and has held numerous human resources roles, including director of HR, director of talent management and interim vice president of HR. His current role involves aligning Bentley’s HR programs with the university’s strategic goals and academic mission, and overseeing all aspects of human resources for the university’s 1000+ faculty and staff. Prior to joining Bentley, George spent six years in senior HR positions at Tufts University, where he oversaw strategic initiatives ranging from organization management to workforce planning. George holds a BS in Hospitality and Business Management from Newbury College and a PHR certification from the Human Resource Certification Institute. 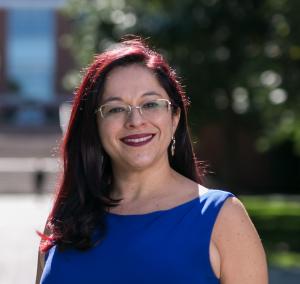 Carolina joined Bentley University in 2016 as vice president for enrollment management, bringing with her close to 20 years of higher education experience. In this role, she provides strategic leadership in the development and implementation of recruitment strategies and oversees Undergraduate and Graduate Admissions, as well as Institutional Research, Financial Aid, and Enrollment Systems and Services. Prior to joining Bentley, Carolina served as vice president for enrollment development at Brandeis University, where she led university recruitment and enrollment programs including oversight of undergraduate admissions, student financial services and pre-college programs. Before that, she held senior leadership positions at George Mason University and George Washington University. Carolina holds a master’s degree in Management of Information Systems from George Washington University and a bachelor’s degree in Biological Sciences from the Massachusetts Institute of Technology. 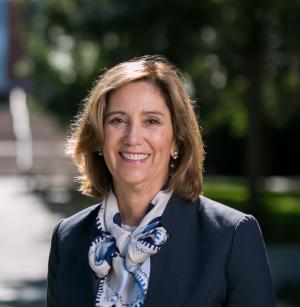 Maureen joined Bentley University in 2014 as associate vice president for development and was named vice president for advancement in 2017. In this role, she oversees all fundraising programs, alumni engagement and advancement communications, as well as the Pulsifer Career Development Center, and ensures that all advancement initiatives align with the university’s strategic mission and goals. As Bentley’s associate vice president for development, Maureen had responsibility for fundraising initiatives ranging from annual giving and leadership gifts to corporate and foundation relations. Before joining Bentley, she held several senior leadership positions in higher education advancement, including at Fordham University, Harvard University and the University of Cincinnati. Maureen holds a bachelor’s degree in English from the Honors Program at Fordham University. 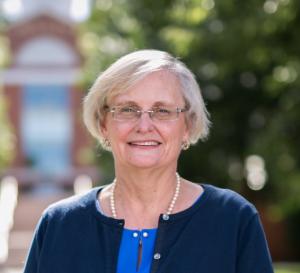 Maureen joined Bentley in 2018, bringing with her several years of experience in higher education and corporate financial management. In her current role, Maureen oversees all aspects of university finances, including strategic budgeting and financial planning, risk management, financial accounting and reporting, student financial services, treasury and debt management, and investment oversight. Maureen also has leadership responsibility for facilities management, procurement and campus services and the office of sustainability. Her experience includes nine years as university controller at Harvard, where she built upon her extensive experience in senior management in the corporate world. Before joining the nonprofit sector, she was vice president of finance for the U.S. retail business unit of Staples, vice president and senior bank lender at The First National Bank of Boston and senior auditor at EY, a professional services firm. Maureen holds a BS in Accounting and Management from Babson College and is a certified public accountant. 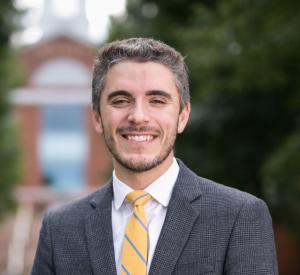 Chris joined Bentley University in 2015 and was named vice president for marketing and communications in 2020. He oversees strategic communications, brand and creative services, digital engagement and enrollment marketing, with efforts focused on awareness, reputation, engagement and recruitment. Chris is chiefly responsible for sharing Bentley’s story with the world. In 2020, Chris helped Bentley research, develop and launch its new brand platform, Be a Force, the result of a strategic, multiyear, university-wide creative and messaging development process to help better differentiate Bentley in the higher education landscape. Previously, Chris led Bentley’s strategic communications department and also served as an advisor and chief of staff to two university presidents. Prior to Bentley, Chris worked on a variety of local, state and federal political campaigns as a campaign manager and served as the executive director for the Massachusetts Democratic Party. He also led teams in the successful reelection of President Barack Obama and the election of Massachusetts Senator Elizabeth Warren. Chris is a graduate of Bates College with a bachelor’s degree in History. 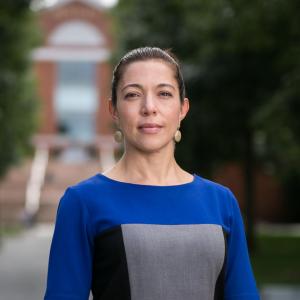 Amanda joined the Bentley community in 2009 where she was tasked with developing the university’s Office of Sustainability. She has held numerous roles on campus including director of sustainability and special advisor to the president. In her current role, Amanda assists the president and cabinet in implementing the university's 2020 – 2025 strategic plan and oversees operations in the Office of the President. Amanda also leads the university’s Office of Sustainability with a mission to mobilize sustainable leadership in business by educating students on the business imperative of the “triple-bottom line” – considering the social and environmental impacts of business decisions along with the economic results. Through this office, Amanda oversees university initiatives aimed at achieving Bentley’s goal of becoming carbon-neutral by 2030 in line with the university’s signatory status with The Presidents’ Climate Commitment. Amanda holds a master’s degree in Environmental Economics and Policy from Duke University and a BA in Environmental Studies from Connecticut College. 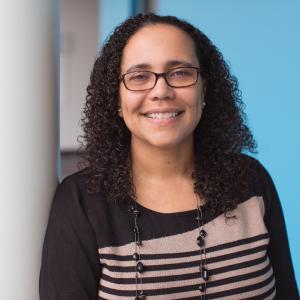 ​​​​​​Katie has been a long-time member of the Bentley community where she has developed diversity-related learning opportunities across the university. A member of the Class of 1996, Katie has held numerous staff roles on campus including assistant provost of diversity and inclusion, executive director of diversity and inclusion and associate director of admissions. As the leader of the Office of Diversity and Inclusion, Katie has provided vision, leadership and coordination for strategic institutional planning to ensure inclusive environments and equitable outcomes for all faculty, staff and students at Bentley. Her work has promoted an inclusive work and learning environment by supporting student- and employee-led initiatives, resource development and advocacy for affinity groups. Katie is a doctoral student in the Leadership and Change program at Antioch University and holds an MBA with a concentration in Marketing from the University of North Carolina – Chapel Hill and a BS in Economics and Finance from Bentley. 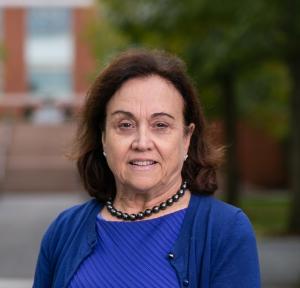 Judith A. Malone, JD
Vice President/General Counsel and Secretary of the Corporation 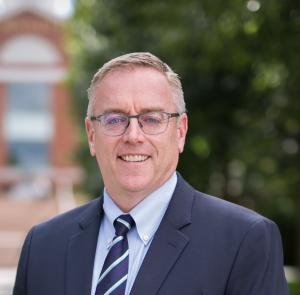 Andrew has been a member of the Bentley community since 1993, when he started as judicial coordinator. Following promotions to assistant dean, associate dean and dean, he assumed the position of vice president for student affairs and dean of students in 2011. In this capacity, Andrew oversees all aspects of student life on and off campus through the management of numerous student-facing officers. In addition to his roles on campus, Andrew has taught undergraduate and graduate courses at Bentley, Northeastern and Suffolk universities. He has been named staff member of the year by Bentley students and received the university’s Founder’s Day award. Andrew holds a PhD from the Lynch School of Education at Boston College, an MEd in Student Development and Counseling from Northeastern University, and a BA in English from St. Michael’s College in Vermont. 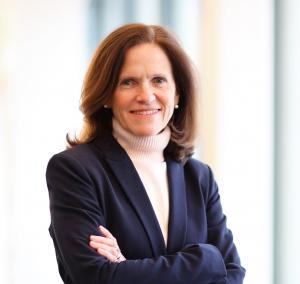 Sue joined Bentley in 2017 as the deputy CIO after spending the majority of her career in higher education information technology at Harvard University, where she served in many senior leadership roles including interim CIO, executive director of university information systems and managing director of infrastructure. As deputy CIO at Bentley, she participated in the development of the IT Strategic Plan, while directly overseeing the systems, network, telecommunications and client services departments. She has focused on service delivery best practices within client services while playing a pivotal role in the transformation of the technology landscape. In conjunction with senior leadership and staff, she has championed the transition to cloud solutions, as well as expanded Bentley's network infrastructure to ensure reliable, highly available and resilient connectivity. Sue received her BS from the Carroll School of Management at Boston College.