Valuing diversity is one of Bentley's greatest strengths and is a core value.

The Office of Diversity & Inclusion is responsible for fostering an inclusive community by leveraging interactions between offices, educating the entire community and working to increase the diversity at all levels of the University. While the office coordinates university-wide, diversity-related programs and initiatives, many other departments, centers, offices, and organizations at Bentley contribute to improving the diversity climate through varied and persistent efforts.

Diversity is critical to Bentley University’s mission of educating creative, ethical, and socially responsible organizational leaders. Our institutional values are rooted in a belief that appreciating diversity means that we work in an environment that embraces diversity of opinion and that is free from hostility and intolerance. 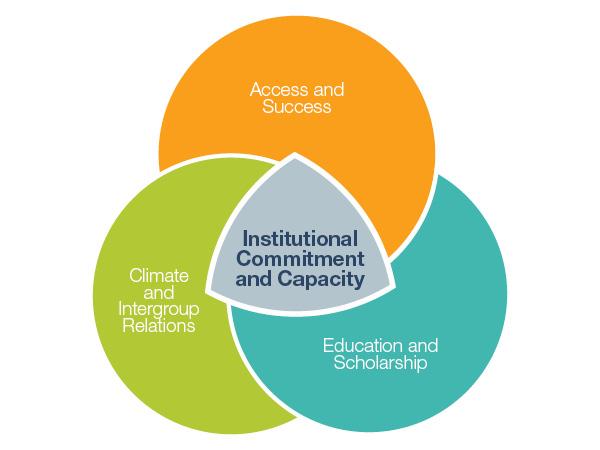 Embracing a Framework for Inclusive Excellence

Bentley University has named Inclusive Excellence as an enabling feature of our strategic plan, driving our mission to become a more just, inclusive and equitable campus. This will push us forward to ensure a commitment to diversity and inclusion are embedded in institutional policies and practices while attention is also paid to developing capacity for all members of the Bentley community to be effective in a diverse enviroment.

History of the Diversity Initiative

It is impossible to establish a single starting date for diversity efforts at Bentley People have been working for decades on issues, challenges and opportunities related to the mix of people that make up this institution. In 1993, Bentley created a formal “diversity initiative” to build on and coordinate the many diversity-related efforts already underway on campus. Since then, different structures, committees and approaches have been used to develop and implement strategies intended to improve the diversity climate on campus, yet the commitment has been continuous. Diversity work at Bentley has been concerned with:

One of the most visible elements of the diversity initiative has been the two-day off-site retreats to which all members of the faculty and staff are invited. Among the participants in the very first retreat in 1993 were the president, vice presidents, and deans. Bentley has sponsored more than 60 retreats since then, and approximately 900 faculty, staff and administrators have participated.

While the retreats have been an important component of Bentley’s efforts to become more inclusive and take fuller advantage of its diversity, they certainly have not been the only important activities. The diversity initiative has also included: