See what’s new with your classmates! And don’t forget to share your own good news — weddings, babies, professional achievements and more. Submit a class note today! 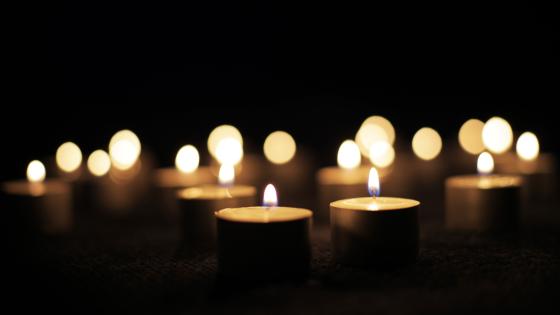 Donald Lapierre writes from Graniteville, S.C., “I am still breathing at 90 and counting — pun intended.”

Louie Caputo, P ’86, ’01, West Newbury, Mass., reports: “My youngest son, Eric, was diagnosed with MS in 2004. It was then we started a golf tournament to raise funds for the Greater New England chapter of the National Multiple Sclerosis Society. I have chaired that committee for the past 10 years, and in 2018, surpassed the million-dollar mark in raising funds to help support research funded by the MS Society. It is an event supported by my wife, Gloria; my sons, Michael, Eric and Louis; and two of my granddaughters, Sheila and Jessica. This event has provided me with great satisfaction in contributing to a cause that touches my family in a major way. It is a lesson I try to pass on to my 13 grandchildren by showing them, by example, that they should support those less fortunate and in need of assistance. I have also served as a trustee of the organization’s Greater New England chapter.”

On May 1, 2019, Ralph DePanfilis, Norwalk, Conn., was appointed chairman of the board for Fairfield County Bank Corp.

Craig Owings was promoted from business manager, Tel Aviv, Israel, to director, Program Business Services, with Michael Baker Global Services, which is based in Birmingham, Ala.

Stella Citrano, East Falmouth, Mass., was elected to the Board of Directors for the Bridgewater State University Alumni Association.

Rex Parkinson retired in June 2018 and moved to Sunset, S.C., on Lake Keowee.

Fred Kline, Brookline, N.H., founder and CEO of Kline and Company CPA, PC, reports that the accounting services firm is marking its 25th year. Since 1994, he writes, the business has “grown from a company of one — the founder — to become one of the leading federal contracts accounting firms in the Northeast and throughout the United States. We also have been voted the No. 1 accounting firm in Nashua for 12 consecutive years. I am very proud of what we have accomplished — and especially proud because my 1-year-old grandson’s birthday is the same day as our company’s founding. I wonder if he’ll join the firm before our 50th anniversary.”

Jim Sano, MBA reports having lived in Medfield, Mass., for 32 years with his wife, Joanne; they have two daughters. He taught high school before starting a 30-year corporate career, working at Data General, EMC and now Dell-EMC. He’s been dabbling in writing and released his first novel, The Father’s Son, in August. It’s an intriguing story set in Boston that weaves in the power of friendship, family, faith and redemption.

Christine (Dugas) Leiby, Guilford, Conn., reports that her son, Ryan, is a first-year student at Bentley this fall.

Valerie Manoukian, Cordoba, Argentina, reports that 14 alumni from around the globe gathered in Bali during summer 2019 for the wedding of Alisyahrazad Hanafiah.

Josh Rutstein, Derry, N.H., reports, “In July, I celebrated with friends, family and the local Chamber of Commerce as we opened our new site of The Mission Zone, in Derry.” The indoor entertainment business is the opposite of an “escape room”; players follow clues and solve problems to break into a series of rooms, using a unique smartphone app system.

David Schiegoleit, Laguna Niguel, Calif., has joined Bank of the West Wealth Management as a senior portfolio strategist. He will manage investment portfolios for the Key Client Group, as well as help lead the bank’s investment strategy.

Donna Pironti, MSA, Bryn Mawr, Pa., was elected to a three-year term by the Committee on Professional Ethics of the Pennsylvania Institute of Certified Public Accountants.

Travis Jacobs, Quincy, Mass., writes: “Since my last class note, my wife and I have had two kids, Dakota, 6 years old, and Harley, almost 1. My business law and commercial litigation firm, The Jacobs Law LLC, is doing great and I really love what I do. I enjoy summers by the ocean with friends and family, and tinkering with old mechanical stuff. Nicholas Schupbach ’03, MSGFA ’04 still gives me woodworking tips every once in a while, too. I would love to hear from fellow entrepreneurial alumni; if you’re in downtown Boston, email or call me at work to grab coffee.” Reach him at tjacobs@thejacobslaw.com.

Jason D’Entremont, Norwell, Mass., has been honored by Northwestern Mutual for his commitment and drive to help families and businesses plan for and achieve financial security. The recognition includes membership in the company’s elite Forum Group for 2019. This is his third year receiving the honor.

Chetan Singh Hayer, MSIT, Nairobi, Kenya reports: “In April, I visited the campus for the first time in over 15 years, with my family, and it was quite an amazing time. My 8-year-old son, Manvir, loved the campus and my wife enjoyed its tranquility.” The alumnus runs a real estate development business based in Nairobi called Hayer One. The firm participated in the International Property Awards, hosted in London this year, where two of their projects won four awards as entries from Kenya; one was nominated for the African region, to be held in December 2019. “Of course there have been many influencing factors in shaping my company,” he says, “and Bentley is certainly one of them.”

Nikole (Shaw) Trost ’06, Bow, N.H., was named to the state’s “40 Under Forty” class of 2019. The program, now in its 18th year, honors residents for professional and volunteer accomplishments in the state. Trost is operations director at Rise Private Wealth Management in Bedford.

Rohan Mehta, Marlborough, Mass., a financial adviser with Ameriprise Financial, was named to the Forbes magazine list of Best-in-State Next-Generation Wealth Advisors. The list recognizes millennials who demonstrate high levels of ethics, professionalism and success in the business. He shares, “I couldn’t have done it without the education and experience I had at Bentley.”

Nicole Pignatello and Jonathan Richards, MBA ’09 wed on May 11, 2019, at the Vizcaya Museum and Gardens in Miami, Fla. More than 25 fellow Falcons from the classes of 2007 and 2008 joined them on their special day.

Ian Daigle and Robyn Dion ’14 exchanged vows on June 8, 2019, at the Hellenic Center in Ipswich, Mass. Many Bentley alumni shared in their special day.

Robyn Dion and Ian Daigle ’13 exchanged vows on June 8, 2019, at the Hellenic Center in Ipswich, Mass. Many Bentley alumni shared in their special day.

Gerard Fischetti, Chelsea, Mass., graduated with a JD from Boston University School of Law in May and began working as a corporate associate at the law firm WilmerHale in Boston.

Catherine Gianino and Ryan Gilpin, MSIT ’18 married on October 20, 2018, at the Boston Harbor Hotel. More than 35 alumni attended, including parents of the bride Gary ’78 and Elizabeth (Wells) ’81 Gianino.

Jason Benedict, MSF ’18 married Mackenzie Montgomery on May 5, 2019, in Bedford, N.H. The alumnus is an officer in the Marine Corps; they live in Quantico, Va.

Kris Carafelli, MSHFID, Centennial, Colo., volunteered at Plant Stock 2019, a celebration of plant-based life that includes food and presentations by luminaries in research, innovation and inspiration. She writes: “It was a highlight of my year. As a volunteer, I checked participants into the event; assisted with food demonstration preparation, including the prep for Jane and Ann Esselstyn’s live cooking show; and worked the plant-strong merch table — kale yeah!”

For any questions regarding class notes, please contact Molly McKinnon at mmckinnon@bentley.edu or 781-216-7101.

Make a Gift
Get Involved
Update Your Info