Meet faculty, tour the campus, get scholarship advice, and enter to win a free class (valued up to $5,275*). Register!

To successfully lead in the increasingly complex world of health care, you need to develop a solid framework for decision making that employs broad-based understanding of the many perspectives across the organization. Bentley University is proud to partner with Beth Israel Deaconess Medical Center (BIDMC) to bring a highly customized MBA program to equip BIDMC and Beth Israel Lahey Health's leaders with the skills they will need to meet the complicated challenges faced by healthcare organizations.

Specialize your MBA with electives focused on strategic health-care management.

As a BILH employee, you will receive a generous discount on tuition and you are encouraged to access your tuition reimbursement benefit.

Begin with live, virtual course offerings and transition to a combination of synchronous virtual, and in-person learning on BIDMC’s campus when appropriate.

Earn your MBA from Bentley University in just over two years. Course waivers are available for eligible candidates.

The Bentley MBA at BIDMC features our top-rated MBA curriculum, infused with applications-based learning experiences that contextualize the business principles to the health care sector. The program requires students to take a minimum of 12 courses and a maximum of 15 courses, pending eligibility for foundation course waivers.

The Bentley MBA program is offered to BILH employees in a cohort format. Cohorts will proceed through the curriculum in lock-step, enabling students to deepen their professional network. All cohort members will take the same MBA courses, including electives.

Foundation Courses
Admitted students are eligible to waive up to five foundation courses by providing evidence of successful, recent (within five years) equivalent course work in the topic or sufficient work experience within the discipline. If three or more foundation courses are waived, students will be required to take additional electives to meet the program minimum of twelve courses.

Elective Courses
Bentley University collaborated with BIDMC to select impactful elective offerings, targeted to the needs of leaders in health care. Topics of electives will include:

Should a student waive four or more foundation courses, Bentley will provide the opportunity for those students to take additional elective offerings through Bentley's general MBA course catalog.

Bentley is ranked among the top 30 online graduate programs by U.S. News & World Report, the top 200 by QS World University Rankings, and the top 100 Best Business Schools by Bloomberg Businessweek 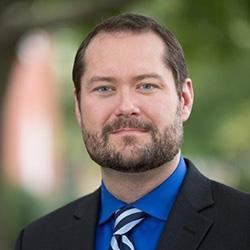 Gordon Berridge joined the Graduate Admission team at Bentley University in October 2013. He has close to 20 years of higher education admission experience. His previous positions included roles such as Director of Admission and Director of Recruitment at several higher educational institutions around the New England region. Gordon is an alumni of Bentley University’s McCallum Graduate School of Business, earning his M.B.A. with a concentration in leadership.  He also holds a B.S. in Communication from Franklin Pierce University in Rindge, New Hampshire.