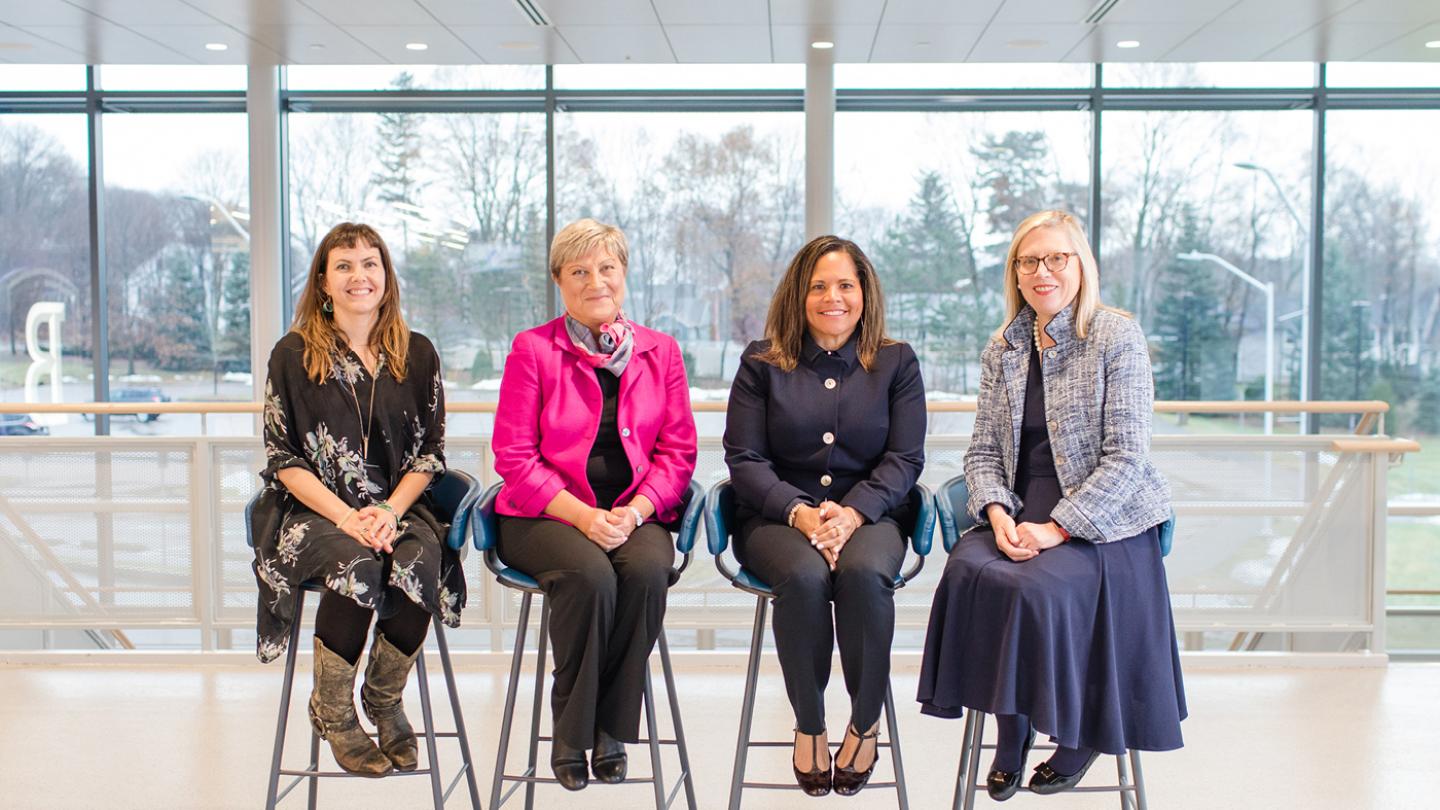 Keys to Growing a Woman-Owned Business

Women in 2019 owned 42% of U.​S.​ companies. But there is every reason to believe that their businesses won’t grow at the same rate as those owned by men. That’s largely because women receive a very small share of the billions invested in startups each year. The $3.3 billion that all-female founding teams received in 2019 represents just 2.8% of capital investment across all startups, according to data collected by PitchBook. Here, Bentley management professors and alumnae discuss the hurdles facing female entrepreneurs.

What are barriers for women entrepreneurs around funding a business?

Tatiana Manolova: Looking at women-owned businesses in the U.S. — and more or less around the world — women aren’t growing their businesses at the same rate as men. Research points to early-stage growth financing: Women do not get as much growth financing, debt or equity. It’s a billion-dollar question for the economy.

Linda Edelman: Our research has looked at women who applied for angel investing — early-stage money. They have an idea and customers; they want growth and are looking for about $250K. We found that men ask a year to 18 months in, whereas women hold off three or four years before they ask for that same financing. Many women are asking later and missing a critical window of opportunity.

Marianne Lancaster: A lot of it also has to do with discrimination against women-owned businesses. For the first 15 years of business, I had people outright refuse to give me money. I heard comments like “If you don’t have a husband” and “Is your father co-signing?” Most of my financing came from a special state or government program focused on filling the gap for financing women-owned businesses.

Kyleen Keenan: I agree. I have been asked questions by investors that a man wouldn’t have been asked: my custody arrangements for my daughter and proof of where I would reside. It put me on the defensive instead of focusing on the company’s strong profitability and national business plan. I’m shocked this is still happening in the industry.

Are there other biases at work?

Lancaster: Unfortunately there is a stigma that minority-owned “brown businesses” are not strong; they are hired only to fill a company’s diversity quota. Being a woman of color, I feel like I have had to succeed 10 times over before being taken seriously. When I have an account, I can’t just meet the specifications; I have to go above and beyond and many times my profits are lower because I’m putting so much into that account just to hold on to it and prove that I can retain it. I wasn’t shocked because I have experienced this throughout my life. It put me in survival mode and made me want to succeed all the more.

Edelman: That combination of being an entrepreneur and a woman of color is a real problem in business and beyond. Since 2009, startups led by black women have raised $289 million in venture/angel funding, with much of that coming in 2017. This represents .0006% of the total raised in tech venture funding since 2009.

Is there a difference in launching a business in a female- versus male-dominated industry?

Manolova: Wealth creation is always high on the list of motivating factors whether you talk to men or women entrepreneurs. But women also talk about other things, like being autonomous and making a difference, which sets them a bit apart from what we find motivates men. Sometimes women can play the stereotypes to work in their favor. Anytime a women-led business pitches about social or environmental responsibility, all of the nurturing qualities typically associated with women get the ear of the audience and sound very credible and authentic.

Keenan: With chocolate it worked in our favor: being holistic and healthy chocolate, environmentally sustainable. However, food in general and in the grocery channel — when you are dealing with scaling growth — is a very male-dominated area. Most grocery buyers are male, most people making the decisions in distribution are male. When really scaling growth, we had a lot of prospective male investors who seemed like they wanted to help us, but who instilled fear that we couldn’t do it ourselves.

Edelman: Bentley is a great place to have this conversation because we have so many young women who are going into finance. Statistics show if a woman is making a pitch and there are women in the audience, she is more likely to be considered.

Lancaster: I actually tried out a technique to prepare by researching the bios of the investors so I could have an idea of potential unconscious bias they may have. I set up my presentation thinking about what someone would ask so I could address it beforehand.

Ky and Marianne, what do you wish someone had told you starting out?

Keenan: I wish someone had told me to strengthen my own self-trust, follow my intuition more and to pay myself first. Despite having raised money, we were always worried to spend it. We ended up spending money on other people when we could have done the job better. In the end that left us burned out.

Lancaster: I wish that, in starting my business, I had focused on identifying who the target customer really is. Instead, I went with all the companies looking to hire woman-owned and minority-owned businesses. If I had a better understanding of my target customers at the outset, I could have grown faster by focusing on smaller, higher-margin accounts.

» Start before you are ready. Let go of perfectionism.

» Ask for money early and often. Be bold.

» Look for the money you need first from friends and family, second from crowdfunding and lastly from venture capital.

» Understand the stereotypes and biases, and prepare to deflect them and use them to your advantage.

» Accept that when you give away equity for growth capital, you are also giving away control.

» Consider buying a small business to add to yours, as a strategy to grow. 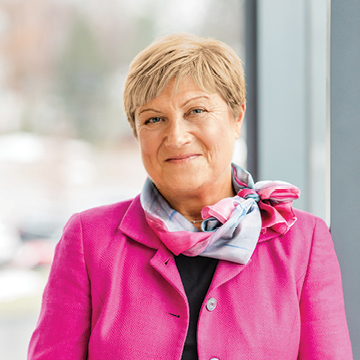 Tatiana Manolova is a management professor whose research and teaching interests include strategic management (particularly competitive strategies for new and small companies), international entrepreneurship and management in transitional economies. Her work also explores the new-firm creation process, and growth and financial strategies among women-led businesses worldwide. 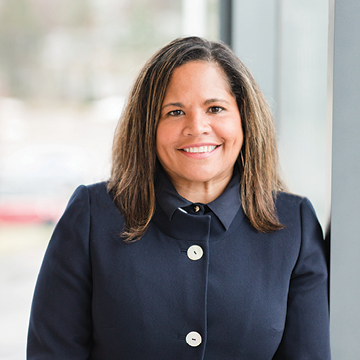 Marianne Lancaster ’88 used personal savings and a loan from a longtime mentor to launch Lancaster Packaging out of her home in 1989. Today, the wholesale packaging distribution and procurement services company operates a 14,000-square-foot facility in Hudson, Mass., serving industrial manufacturers and U.S. aerospace and defense companies. It has ranked among The Boston Globe’s top 100 female-led businesses for 10 years. 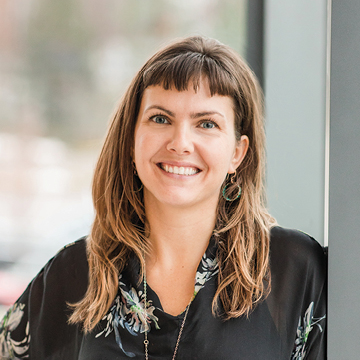 Kyleen “Ky” Keenan ’09 and a co-founder started Not Your Sugar Mamas chocolate company in 2011 with an investment of $500 each and $10K from a family friend the following year. Today, the brand is sold nationwide and operates a shop on Martha’s Vineyard. Keenan co-wrote the book Chocolate Every Day and recently founded Frankie’s, a plant-based café and food truck specializing in gluten-free breads and nut-based cheeses.

Linda Edelman is a professor and chair of the Management Department. She 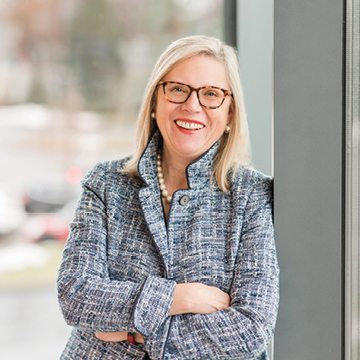