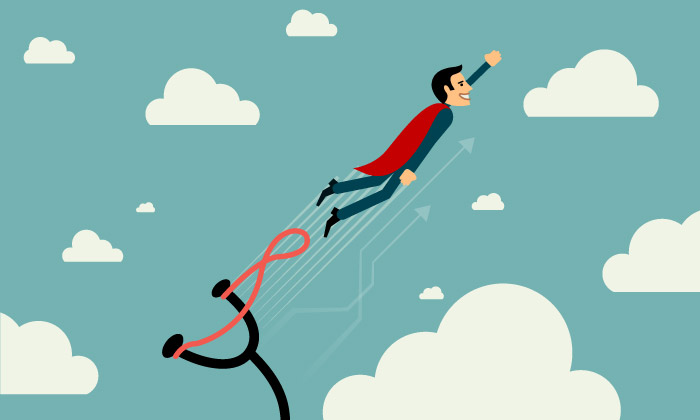 The PreparedU Project has been and will continue to focus on issues affecting the millennial generation. At the same time, forces that have shaped Gen Yers are now having a profound effect, not just on the Generation Z cohort that follows, but on people of all ages, in all walks of life. This is the fourth in an eight-part series that will examine this rapidly encompassing phenomenon.

A group of pioneering scientists set off by spaceship to explore a planet in a distant galaxy light years away. Upon arrival, they find humans already living there. New technologies have made intergalactic travel easy and common. People are popping back and forth between planets in a fraction of the time it took our pioneers. 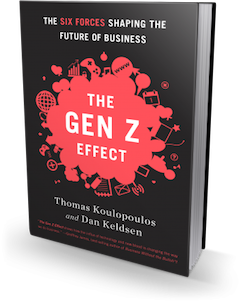 This is the essence of slingshotting, a new concept described by Thomas Koulopoulos and Dan Keldsen in “The Gen Z Effect: The Six Forces Shaping the Future of Business.”

Slingshotting happens when the accelerating force of innovation propels a technology forward until people can skip multiple advances and land in the same place as those who suffered through its early growth.

Think Google. Founded in 1998, the company entered a complex 30-year-old industry that was focused on text search and retrieval. Consumers had grown to value search tools and to seek simplicity. Google came along and was able to slingshot past all competitors to establish what soon became the de facto future state of search.

The fastest and least painful way to move into the future is by slingshotting. A technology and behavior are defined and embraced by a critical mass of society — and a majority of users suddenly adopt it.

We met with Koulopoulos, Bentley University alumnus, former Bentley faculty member, and current president of the Delphi Group, to learn more about slingshotting. Here is what you can expect:

1. The best technologies will seduce a critical mass of reluctant users and slingshot them into the future.

In the book, Koulopoulos and Keldsen say many people stick with technology they’ve learned and grown comfortable with even if the system is frustrating and outdated. They are resistant to change right up until suddenly, they aren’t.

“The problem is that while technology may move forward incrementally, people don’t,” the authors say.

People are often resistant to a new approach until there’s an overwhelmingly compelling reason to change and a much simpler alternative. Then, watch out.

“The result is a pent-up tension — a form of stored potential energy — that ultimately slingshots people into the future in a very sudden manner, once the stage is set so that they can fly past the pain they’ve experienced or purposefully avoided in the past.” 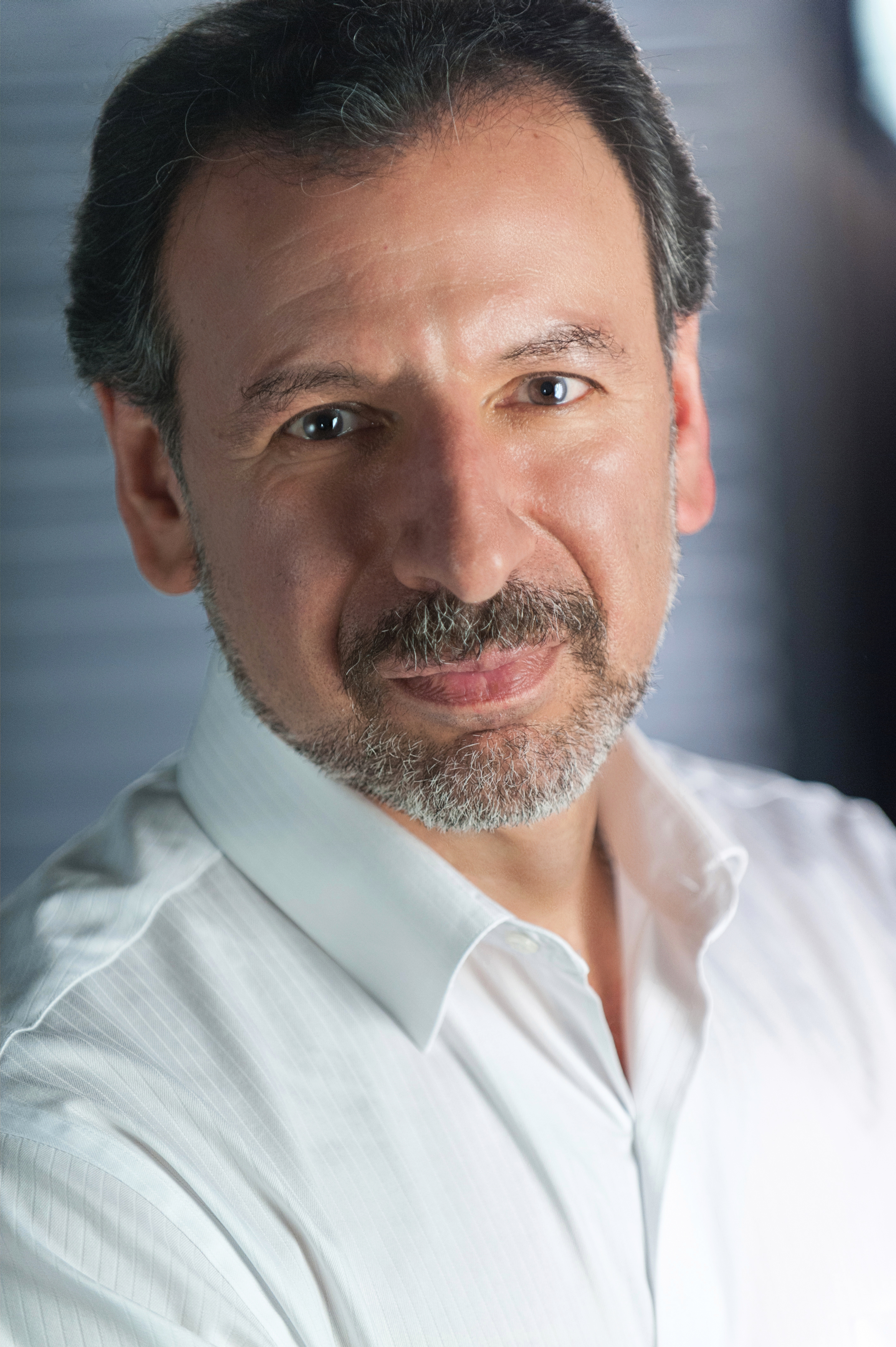 Q: In the book, you say slingshotting is a crucial force that is shaping the future of business. Why is that?

A: When my co-author and I set out to define the forces shaping business, we both looked at each other and said, “Something is missing here.” We realized that, yes, if we look forward in time we can certainly understand how future generations will be post-generational. But we also have to talk about how we’re going to bring past generations into that future.

2. Slingshotting will happen everywhere and nowhere. These technologies will be so integrated into our lives as to seem nearly invisible.

Consider the Internet. Half the population of the developed world had Internet access in 2005, according to the International Telecommunications Union. Since then, say the authors, we’ve seen exponential growth and are now closing in on 100 percent online participation in the developed world.

Today the Internet is simply all around us. You can easily get online in nearly any setting — in bed, at the office, in a restaurant, on a mountaintop, you name it. As the authors say, people can use the Internet as easily as they can turn on the faucet and get a glass of water.

Q: At heart, what’s beneath the impulse to suddenly slingshot forward and adopt a new relationship with a piece of technology?

A: Slingshotting happens when suddenly to be part of the world, you have to embrace these new behaviors. It’s not about technology. The technology becomes secondary. It becomes almost invisible. It’s about being able to connect.

3. New technologies will adapt to you rather than the other way around. Multiple devices will be integrated into a single seamless experience that makes sense.

Koulopoulos and Keldsen say technology providers are now beginning to realize they must draw users into a state of flow, which they describe as the satisfying place we go to when we remove the obstacles that are in the way of being fully engaged in an activity.

It’s the Goldilocks zone, they say, a place where all the variables for success are there. You are not under-stimulated and bored or overstimulated and anxious. Everything is just right.

“We’re not looking to create flow only because it’s a great state of mind,” they write, “but because it makes people more interested in whatever it is they are doing.”

A step toward that end is simplification. People need to spend less time studying how to use technology and more time connecting.

Q: You say slingshotting has only become possible in recent years. How has technology changed to make this so?

A: Most of us had to struggle to learn new interfaces and do all of this work to become technically adept but that’s no longer the case. Now it’s about the intelligence of the device, the way it understands you, the way it adapts to you. Suddenly to be plugged in, to be connected, is a matter of literally pushing one button. That’s accessible.

So go ahead and ignore a new technology but soon enough you might just find yourself embracing it.

“Many people effectively sleep through the painful evolution of technology until one day they wake up in the future,” say Koulopoulos and Keldsen.

Are you ready for the slingshotting world of Gen Z? Here are a few questions to help you decide.

Find out whether you’re ready for the Gen Z Effect by taking the full assessment at thegenzeffect.com.

Read all of the installments in this series: