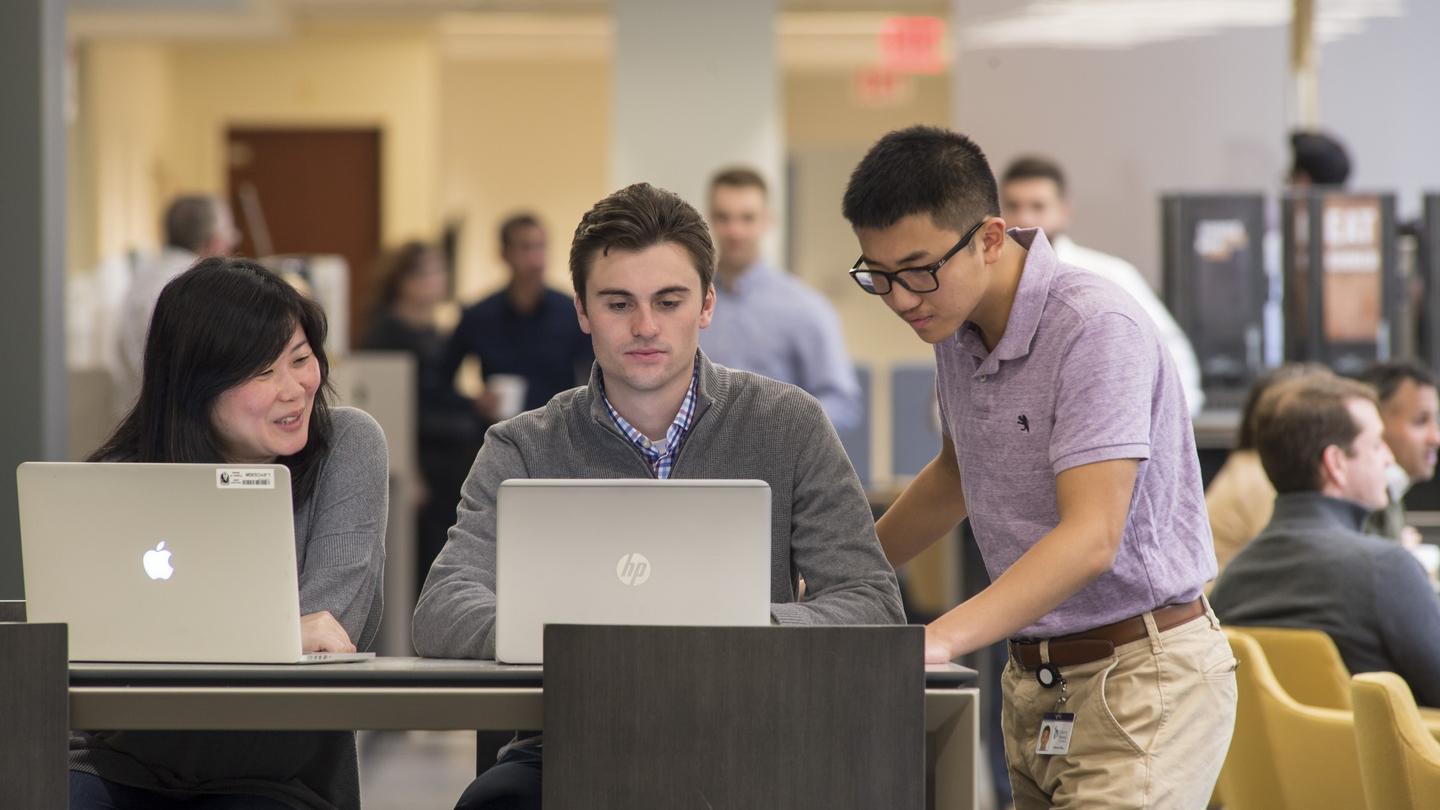 Ninety-eight percent of Bentley University’s undergraduate Class of 2019 are employed, attending or planning to attend graduate school, according to statistics reported six months after their graduation. Bentley graduates also reported an increase in salaries, with a median starting salary of $60,000, up from $59,500 last year.

More than 60 percent of the graduates credited their post-graduation success to Bentley’s top-rated Pulsifer Career Development Center, which is consistently ranked by the Princeton Review among the top five in the country for both career services and internship opportunities.

Bentley’s job placement statistics are compiled through a survey of graduates and research by the university’s career development staff. The responses represent 94 percent of Class of 2019 graduates, which is a higher and more accurate rate than many universities compile about their students’ post-graduation careers.

Ryan Gormley ’19: How He Landed His Dream Job on Wall Street

“Bentley students are highly engaged both in the classroom and in their experiential learning, which includes at least one internship for 92 percent of the Class of 2019 graduates and two or more internships for almost 70 percent,” says Executive Director of the Pulsifer Career Development Center Janet Ehl. “Those internship opportunities consistently turn into full-time positions after graduation as employers see the value that our students bring to the workplace.”

Other data about Bentley’s Class of 2019 graduates include:

Bentley students begin career management during their first year with a Career Development Seminar in which they identify their personal strengths and talents and learn how those can affect career decisions. They also create career tools they will need including a resume, cover letter, LinkedIn profile and elevator pitch. The seminar is optional but 98 percent of first-year students enroll. Bentley also offers career development seminars designed for sophomores and juniors.

This approach has led to consistently high placement rates: For more than a decade, 97 to 99 percent of Bentley graduates have been employed or enrolled in graduate school within six months of graduation.