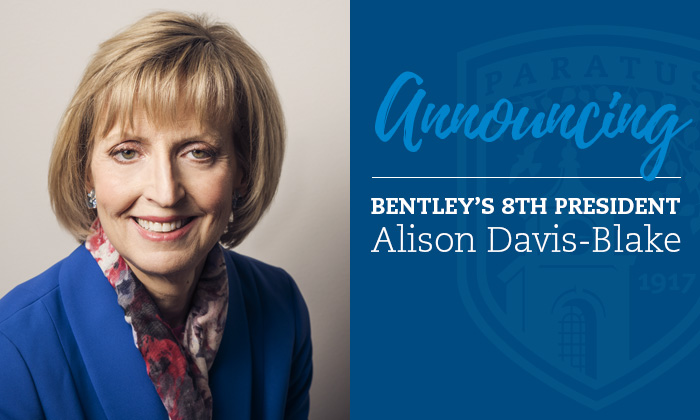 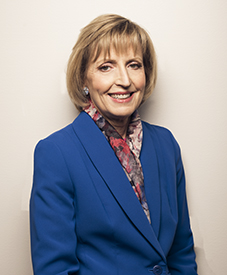 The selection of Dr. Davis-Blake followed a comprehensive nine-month national search to succeed Gloria Cordes Larson, who announced last year that she’ll be stepping down in June 2018 after 11 years as president. Bentley’s board of trustees voted unanimously to confirm Dr. Davis-Blake as president-elect, and she was introduced to the university’s community on Tuesday.

“Dr. Davis-Blake is a recognized national leader in business education who has led transformational change at two of the top business schools in the country,” said Steven P. Manfredi, chairman of the Bentley University Board of Trustees. “As Bentley begins our second century, Dr. Davis-Blake is the perfect leader to advance the university’s mission and incredible growth.”

As dean of the University of Michigan’s Ross School of Business, Dr. Davis-Blake led a series of curricular and co-curricular innovations including state-of-the-art learning opportunities that improved the student experience, increased applications by 32 percent, received substantial media attention and served as a model for other business schools. Under her leadership, the school quadrupled the number of undergraduates who study abroad, expanded the school’s footprint with a new MBA program in Los Angeles, increased the proportion of women and underrepresented minorities in the student body, and raised more than $300 million as part of the university’s capital campaign, increasing annual giving by 37 percent.

As dean of the University of Minnesota’s Carlson School of Management, Dr. Davis-Blake led the first redesign of the school’s undergraduate curriculum in 20 years, implemented new teaching and research collaborations with the Law School, College of Science and Engineering, School of Public Affairs, and College of Design, and balanced the school’s budget each year by identifying new revenue sources and controlling expenses even as state funding allocated to the business school declined from 20 percent to 6 percent.

A Bentley education is exactly what the country is asking of higher education today.

“Bentley is a university on the rise, with impressive enrollment growth, an educational experience that is both well-rounded and relevant to today’s workplace, and a stunning track record of career placements for graduates,” said Dr. Davis-Blake. “Bentley’s core business curriculum combined with an emphasis on the arts and sciences differentiates it from business schools around the country. A Bentley education is exactly what the country is asking of higher education today, and I couldn’t be more excited to join the university and continue that momentum.”

“Given the pace of change in business and higher education, the next 10 years will be as important to Bentley as our first 100,” said Bentley Board of Trustees Vice Chairman Robert P. Badavas, who led the search committee. “Bentley’s next leader must be ready for that historic challenge. We considered an impressive group of people and Dr. Davis-Blake was the head-and-shoulders standout candidate. She is the right leader at the right time for Bentley.”

Dr. Davis-Blake earned a Bachelor’s degree in economics and a Master’s degree in organizational behavior from Brigham Young University, and a Ph.D. in organizational behavior from Stanford University. In addition to serving as dean of the business schools at Michigan and Minnesota, she served as senior associate dean of the business school at the University of Texas. She will officially become Bentley’s president on July 1, 2018.

Read a Q and A with President-Elect Davis-Blake 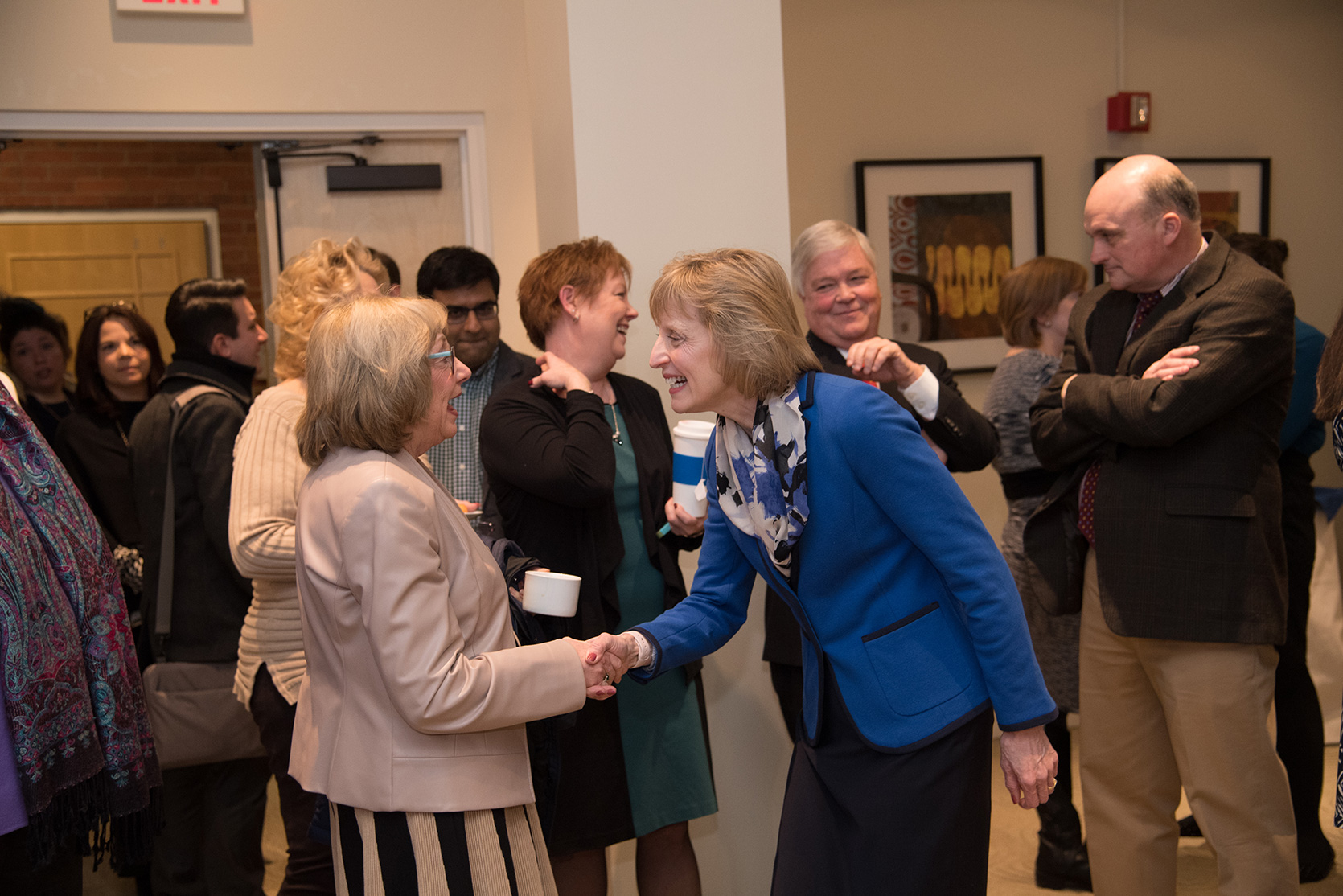 One of the Nation’s Top Business Schools

Bentley University is one of the nation’s leading business schools, dedicated to preparing a new kind of business leader with the technical skills, global perspective and ethical standards required to make a difference in an ever-changing world. Bentley’s diverse arts and sciences program combined with an advanced business curriculum prepares graduates to make an impact in their chosen fields and their lives. The university enrolls approximately 4,000 undergraduate and 1,000 graduate students. The Princeton Review ranked Bentley #1 in the United States in both career services and internships and Bloomberg BusinessWeek ranked Bentley a top 10 undergraduate business school.