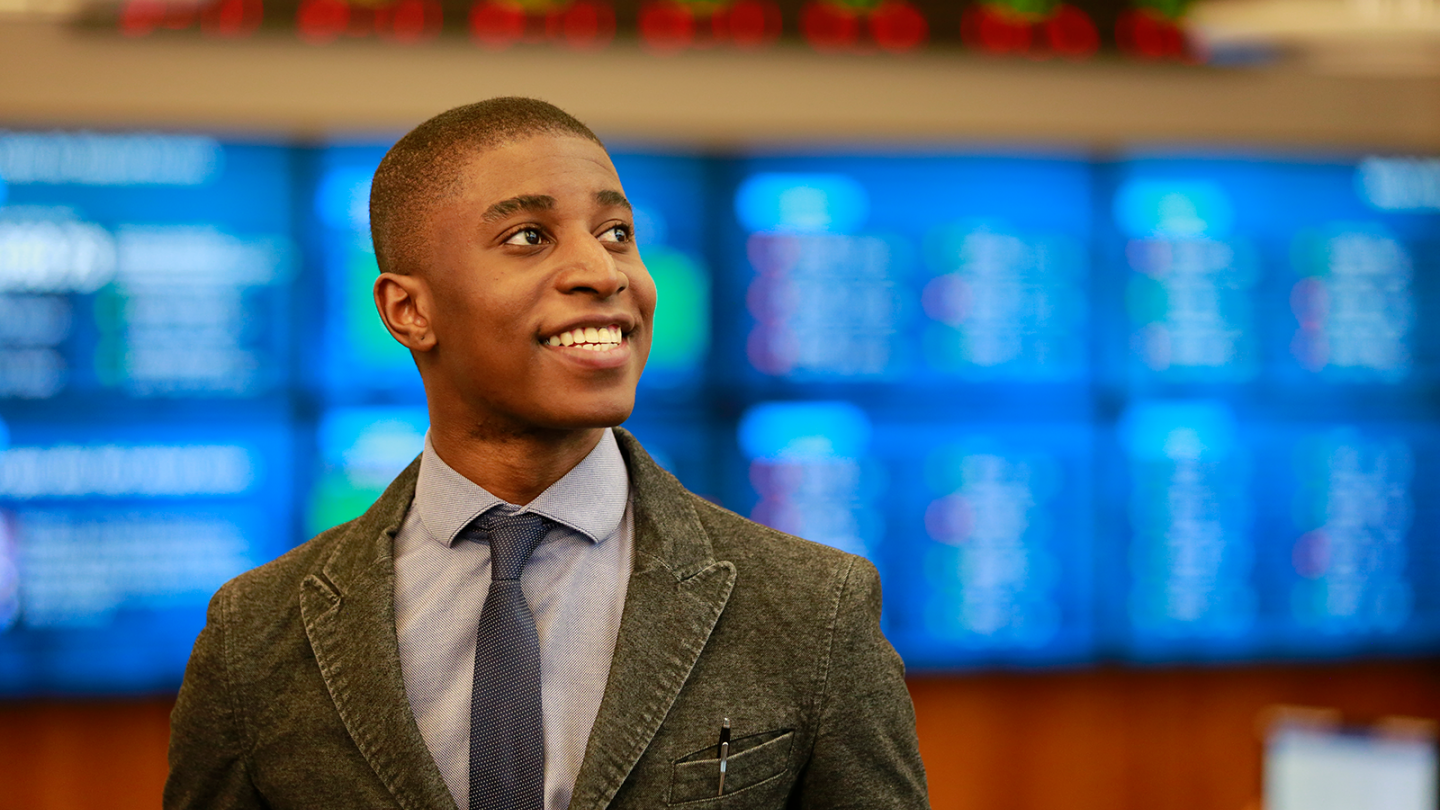 Brandon Samba ’20 came to the U.S. at an early age, fleeing the Democratic Republic of Congo during a period of civil war and genocide. He grew up in an environment where, he says, “financial literacy was scarce.”

“When I moved to the U.S., I discovered business out of necessity,” he says of the need to earn money to help at home. “In middle school, I started a dog-walking company called Perfect Paws to pay for youth football fees and equipment. In high school, I stopped playing sports and focused on business, especially finance.”

Samba started an investment club at his San Diego high school to teach students about the financial markets and connect with others who liked business. It was a natural progression when he came to Bentley: In 2015, the Finance major founded Captains of Capital to help kids in underserved communities learn financial literacy and money management skills.

“I worked with six other students during the spring of my first year at Bentley. In under two years, our ‘captains’ engaged with more than 500 students,” Samba says, crediting much of the success to collaboration with organizations such as Junior Achievement. Captains of Capital also worked with the Boston Mayor’s Office and Junior Achievement to host an all-day event at an inner-city elementary school, where they worked with two classes of students.

Samba believes many low-income children haven’t been taught basic financial principles, which hampers their chances of success in life. “A lack of access to resources – including financial literacy education — is a contributing factor to the cycle of poverty,” he says.

Captains of Capital teaches students financial lessons they can use in their daily lives. For example, Samba recently presented on the entrepreneurial mindset at the Financial Fortitude Expo and Economic Development Conference in Boston, explaining entrepreneurial traits such as teamwork, resourcefulness and leadership.

Learn More About Bentley Students Giving Back to the Community

Avery Dunn ’20, the vice president of Captains of Capital, has seen the group’s impact firsthand.

“Once when I was hanging a poster of an entrepreneur in an elementary school classroom to prepare for a lesson, I heard a girl gasp,” she recalls. “I turned to look and her eyes were wide and fixated on that poster. She said, ‘It’s a girl!’ She had never imagined a girl could be an entrepreneur. Now she wants to become one.”

Captains of Capital also provides networking opportunities for its Bentley student participants. Samba, for example, landed an internship at an asset management firm after the program introduced him to people working in the industry. “When we collaborate with global organizations such as Junior Achievement,” he says, “we often teach alongside top financial professionals. Junior Achievement purposefully pairs our captains with volunteers who have similar professional interests, including employees from UBS, State Street and Eaton Vance.”

For the Bentley captains, it all circles back to helping the kids.

“When I was talking about college to a class at the James Otis Elementary School in East Boston, a student mentioned that they didn’t need to go to college because their parents never went,” recalls Samba. “I was able to share my experience as a first-generation college student at Bentley. Our goal is to inspire kids to believe in themselves and the possibility for more when it comes to their education and career.”

Samba — who overcame his own financial struggles in a new country — is proof that knowledge is power. And he believes it should be shared. Through the Bentley Service-Learning and Civic Engagement Center, he worked with America Clicks!, a one-on-one tutoring program that teaches technology skills to elementary school students. He was also a mentor at the Watertown Boys and Girls Club.

“I have two firm beliefs,” Samba says. “Life itself is a miracle, and every individual has the power to do wondrous things, regardless of their external circumstances.”

(Below: Brandon Samba with kids at the James Otis Elementary School in East Boston) 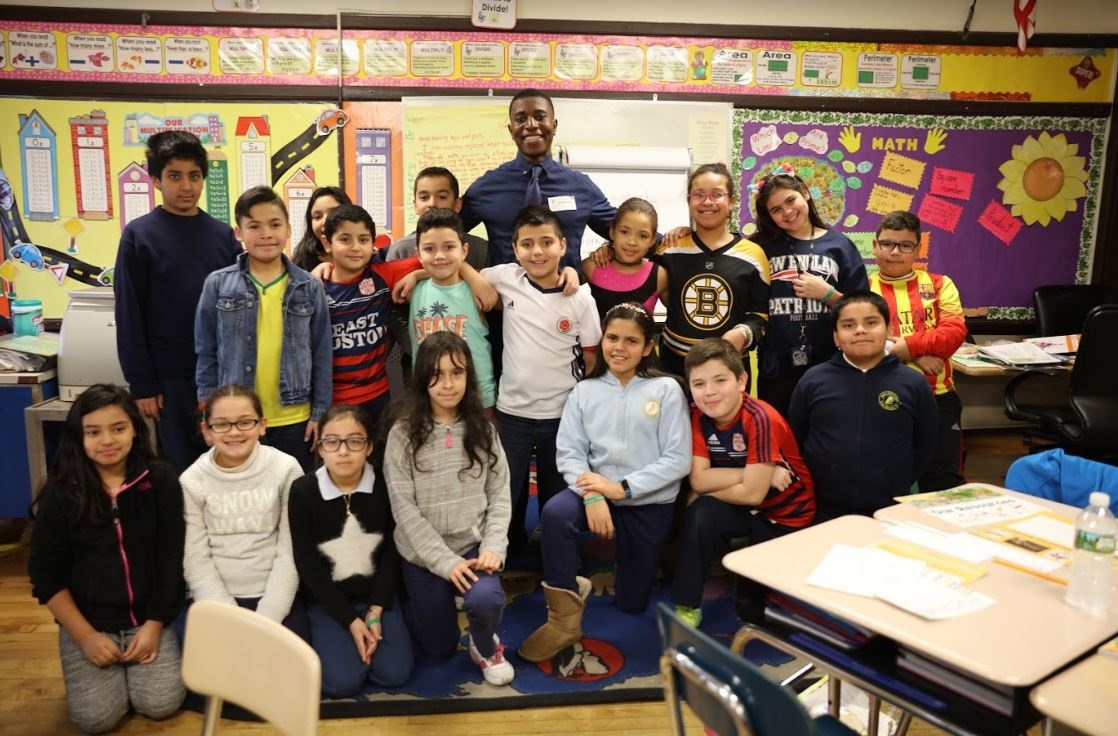