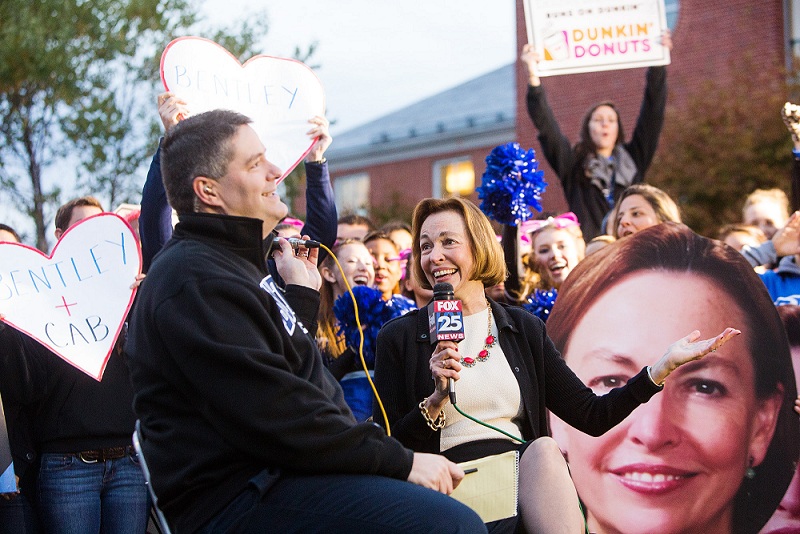 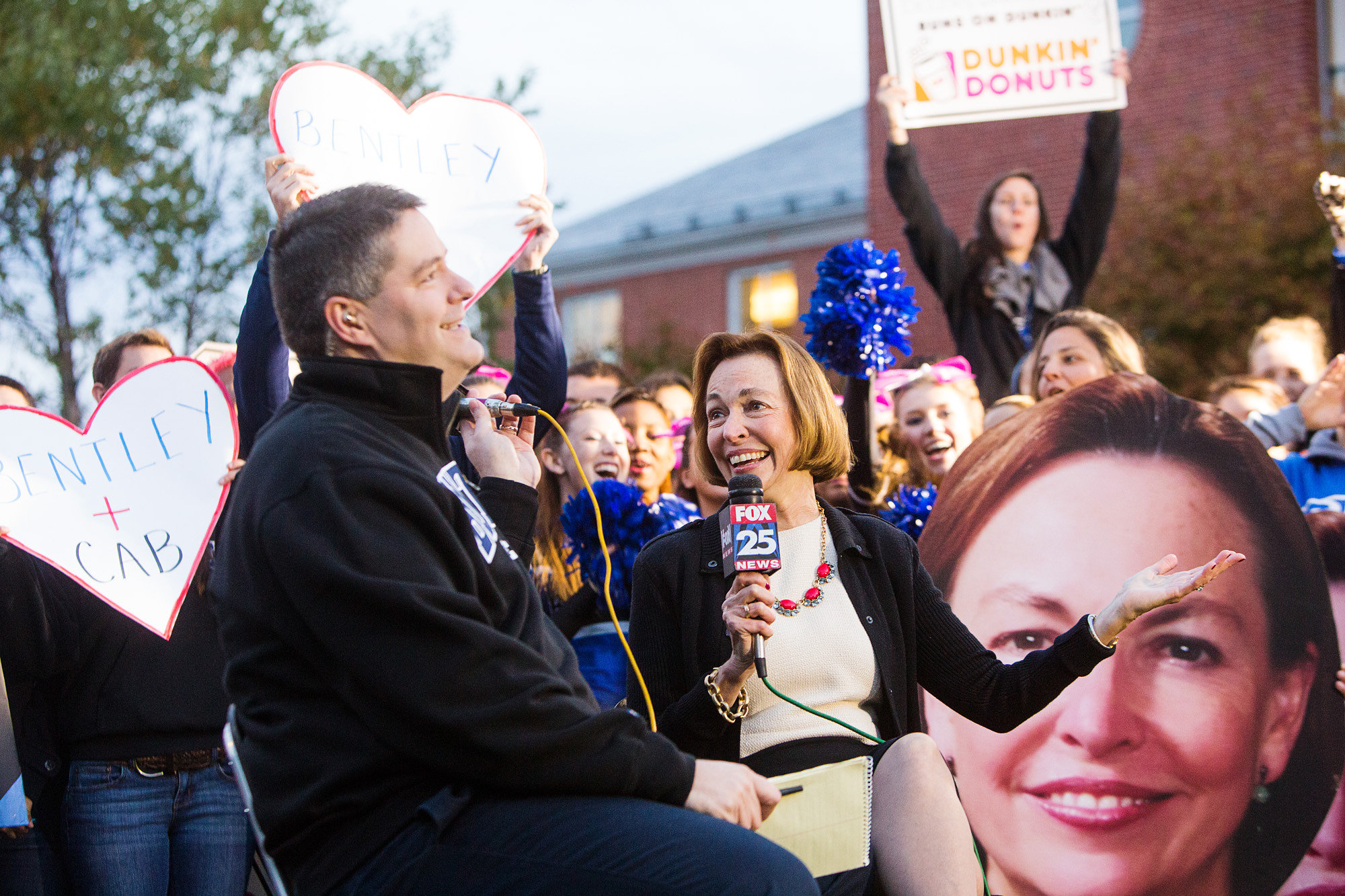 Flex the Falcon kept the festivities going and recently joined mascots from other participating schools at FOX25 studios in Dedham to promote the College Tour. Click here to see video of his visit.

Fox25 Morning News Reporter Brett Connolly visited campus recently to shoot a video highlighting several Bentley strengths, including the school's focus on group projects that make the most of the exceptional technology available in the library; Bentley’s Trading Room and why it’s such an important asset to students; he spoke with students who had life-changing experiences interning in Ghana; toured the new MBA studio, filmed a class in progress and interviewed a new MBA students; and also spent time with the Division 1 Hockey Team who shared the exciting news that they will participate in the 2014 Frozen Fenway event!

Sponsors of the FOX25 College Tour were also on campus including Canobie Lake Park -- giving away tickets to their annual “Screeemfest.”  The Sodexo food truck was on hand with free breakfast sandwiches and fruit.

The College Tour is similar to the “Zip Trips” the station airs every summer, where they broadcast live from different towns and cities and highlight what makes a community special.