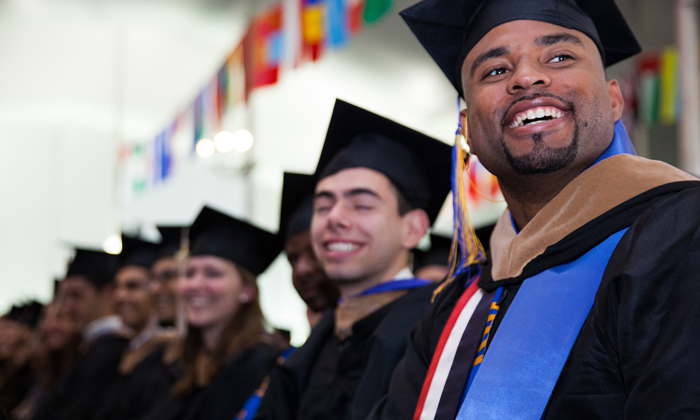 Larry Lucchino, President/CEO of the Boston Red Sox and a veteran of 33 years in Major League Baseball, will deliver the commencement address to approximately 1,000 Bentley University undergraduate students on Saturday, May 19, 2012 at 10:00 a.m. on the south campus of Bentley University, with an expected 7,000 in attendance.

Lucchino, who will also receive an honorary doctor of commercial science degree at the ceremony, has earned a legacy for creating ballparks that have transformed the parks’ role in the fan experience, influence on franchise value, and place in the community. Each of the three franchises for which he has served as chief executive has established a major charitable foundation during his tenure (The Orioles Foundation, The Padres Foundation, and The Red Sox Foundation). Under his leadership, each franchise has re-invigorated its philanthropy, its community relations efforts, and its ballpark ambiance to ensure that all fans feel welcome.  While setting attendance records with all three teams, Lucchino has made his mark in the cutting-edge marketing of baseball and its internationalization.

“This day is such a momentous one in the lives of our students and their families,” says Bentley University President Gloria Larson. “We are delighted that Larry will have the opportunity to share it with them. We know that he will bring a special message to our graduates and their guests that reflects his remarkable life experience, his dynamic business adventures, and his unique perspective on leadership. And we are especially pleased to be connected with his organization as it celebrates the exciting 100th anniversary of Fenway Park.”

Larry Lucchino was named President/CEO of the Red Sox in February 2002. A veteran of 33 years in Major League Baseball, he was also President/CEO of the Baltimore Orioles (1988-93) and the San Diego Padres (1995-01).  Lucchino manages the Red Sox franchise on a day-to-day basis with the active involvement of, and in collaboration with, Principal Owner John W. Henry and Chairman Tom Werner.

Lucchino has won rings with each franchise he has managed -- The Orioles won the 1983 World Series, the Padres won the 1998 National League Pennant, and the Red Sox won both the 2004 and the 2007 World Series.  The historic victory in 2004 ended Boston’s 86-year championship drought.

In his 23 full seasons as a President/CEO, his clubs have had a winning record of 1,895-1,650 (.535), have reached post-season play eight times; have won three pennants, and two World Series. In those 23 seasons, attendance has improved over the previous year 16 times and the franchises have set club attendance records 13 times, including an 8 year stretch with the Red Sox, topping 3 million for the first time in Red Sox history in 2008, and again surpassing 3 million in 2009, 2010 and 2011.

Lucchino was instrumental in pulling together the ownership group that joined John Henry and Tom Werner in their successful effort to purchase the Red Sox, announced on December 20, 2001. While the other groups that sought to purchase the Red Sox advocated a replacement for venerable Fenway Park, the group led by Henry, Werner, and Lucchino was the only one committed to saving - and improving - America’s most beloved ballpark, which celebrates its centennial this year.

In recognition for “long and meritorious service to baseball” over three decades in the game, Lucchino was awarded the Judge Emil Fuchs Award by the Boston Baseball Writers’ Association in January 2011.

In Boston he is a board member and served as the co-chair of the Dana Farber Cancer Institute’s $1 billion “Mission Possible” Capital Campaign, which reached its goal in 2009, and is also on the board of Special Olympics International.

Born in Pittsburgh, Lucchino graduated with honors from Princeton University and is a graduate of the Yale Law School. At Princeton, he was a member of two Ivy League championship basketball teams.

In 1974, he joined Williams and Connolly, the law firm founded by his mentor, friend, legendary sportsman, and trial attorney Edward Bennett Williams. He became a partner in 1978 specializing in sports law and litigation. He was general counsel to the Washington Redskins and a member of the team’s Board of Directors. He became vice president/general counsel and then president of the Orioles after Williams bought the team and was charged with rebuilding the club’s baseball and business operations.

In addition to his three World Series rings, the avid sportsman also has the unique distinction of earning a Super Bowl ring (Redskins, ‘83), and a Final Four watch (Princeton, ‘65).  He is married to Stacey Johnson Lucchino, and has two stepchildren, Davis and Blair.

For more on Lucchino, you can read his full bio here.

Commencement 2012 takes place on the south campus at Bentley University.  The undergraduate ceremony is held under the tent on the football field. Indoor viewing on a large monitor is available in the Dana Athletic Center. The event is held rain or shine. Buses will run from the parking lots on the main campus to the south campus.

Further details on Commencement 2012 can be found on the Bentley University commencement web site.