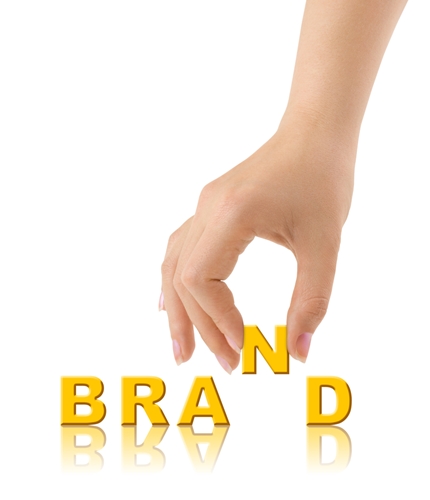 Companies live and die by their brand names. From inception to IPO, entrepreneurs and executives are told to build their brands. Make them as widely known, used and identifiable as possible. Make it so people around the world can identify your entire business by just a logo or name.

For 99 percent of businesses, that pearl of wisdom is always a good plan ... but there is such a thing as becoming too big. If your brand trademark becomes a generic noun or adjective people use to describe something that no longer ties to the company specifically, it can actually be taken away from you.

The History of Brand Genericide

It's called brand genericide. When a brand or company name is so commonplace that it isn't associated with the original product anymore. You can probably think of a few off the top of your head. It's actually happened to more patented products than you might realize.

When that trademark is revoked, it's essentially a death sentence for the original product made by the original company. That's because revoking the trademark makes it fair game for any competing company to use the same name in marketing and branding.

Imagine when the original company owning the term "hacky sack" had the trademark revoked. Suddenly, one of its most popular items lost its identifying quality. All other organizations were suddenly allowed to make tiny knit bags of beans and sell them as hacky sacks without consequence. The original company then had to scramble to rename and rebuild that product's brand. It lost competitive advantage overnight.

Brand genericide has been a problem for some companies since it became part of the Lanham Trademark Act of 1946, but it's become an even greater cause for concern today, as the time it takes for brand names to be revoked has decreased dramatically.

In a world where you can post a status via Facebook to be seen by hundreds of people in seconds or share a Twitter message with millions in the same time, it's much easier for brand names to become generic. At least, that's what Joe Dery, a senior data scientist and manager as well as an adjunct lecturer for Bentley University's masters of business analytics program, says.

According to his research, many of the victims of brand genericide had previously held trademarks for at least two decades, if their registration year was before 1980 and before the advent of many electronic messaging systems. Today, popular brand names invented in the modern age of messaging — hacky sack in 1985, wine cooler in 1988, pilates in 2001 — lost trademark rights in under 10 years.

What's the Takeaway for Businesses?

For companies like Apple — which lost its trademark for the term "App Store" (did you know that was from Apple?!) within one year and lost an appeal for the same trademark in Australia just last year — there are potentially billions of dollars at stake. That means there's an incentive for businesses to:

The first strategy has already been realized by some companies. Older professionals may remember when the brand "Xerox" began ascending toward brand genericide. Coworkers and office regulars would have files "Xeroxed" when they needed something copied, whether the work was done on a branded copier or not. Suddenly, the company was driven to tell customers to copy items using a Xerox copier instead of using Xerox as a verb.

The second incentive is already being explored by business analytics professionals like Dery and the other members of Bentley's Data Analytics Research Team. Dery believes he can scrape data from the Web to gather statistics about brand name linguistic usage.

For example, he could scrape millions of messages on Twitter to find statistics about how brand names are used in speech and in what context. With this data, he could theoretically prove how close a brand is to genericide, and that information could bolster a case for, or against, a company trademark in a court of law.

It's just one way business analytics professionals aim to add value to brands and companies in the modern world of texting, tweeting and big data analysis. According to Dery, language studies like these have been conducted, but nothing like this has been done from the marketing, business and big data perspective.

The study may give courts a more mathematical determination of brand genericide. In comparison, today cases could still be decided by subjective rulings handed down by a judge.

To learn more about brand genericide, you can just "Google" it.