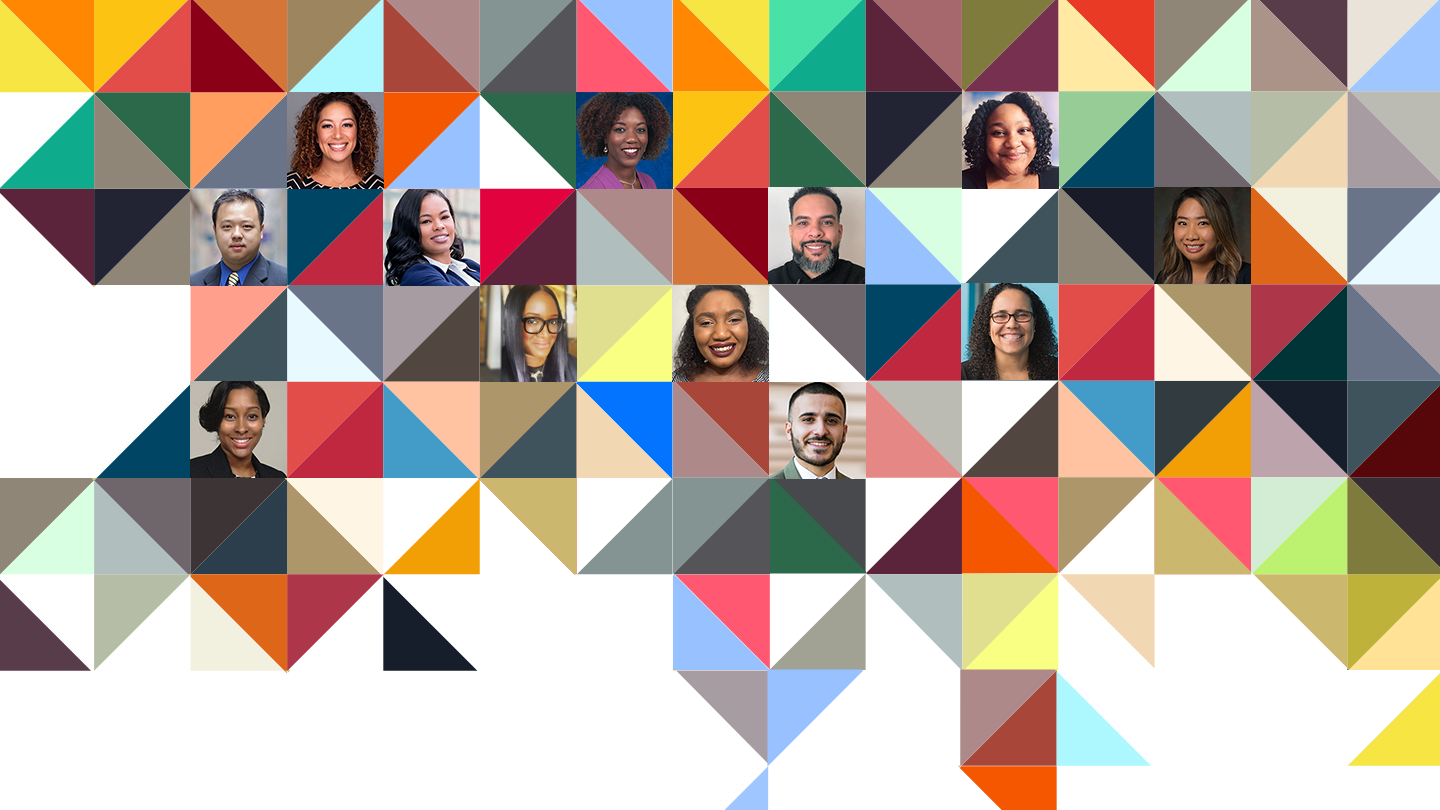 The social unrest of 2020 compelled all areas of the university to take stock. Many difficult conversations took place as the community came together to address racism and inclusiveness. Several alumni of color shared their opinion that Bentley has not done enough to engage them in meaningful ways after graduation. To address this, the Office of Alumni and Family Engagement has collaborated with many volunteers and created the Bentley Mosaic Alumni Council. Its mission: to unite mosaic alumni and students through intentional engagement, in an effort to build fellowship and strengthen the connection within the Bentley network.

Join our email list to stay informed of our work and receive event invitations!

Connect with the Council 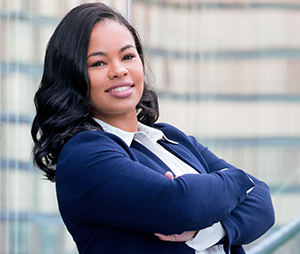 A former finance major with a minor in Management, Ainsley joined the council to assist Bentley in making an impact with alumni of color and existing students to bridge belonging at the university. Today, she’s a business development director at Year Up Professional Resources. 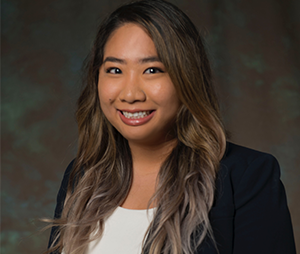 Isabelle graduated with a major in accountancy and minor in computer information systems. Today, she’s a cost analyst at Northrop Grumman, while also completing her MBA in Finance at the University of San Diego. Isabelle credits the MCC for giving her the support and resources she needed as a student living across the country from her family. A proud alumna, she hopes to support and be a valuable resource to current MOSIAC students. 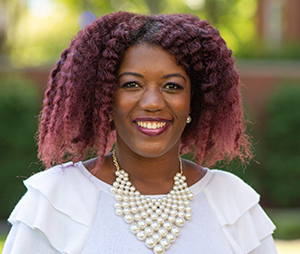 Currently the director of marketing at King School, an independent school, Lakeya also coaches lacrosse and serves as the staff coordinator for diversity, equity and inclusion. When she's not working she also serves as an alumni board member for her middle school, Rippowam Cisqua School. At Bentley, she volunteers for the Bentley Mosaic Alumni Council in addition to being a Global Alumni Board Member. 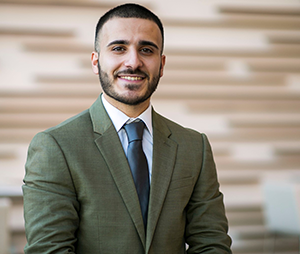 A former major in managerial economics, Charbel has returned to Bentley as a CDI-101 instructor for first-year students. A digital assurance and transparency experienced associate for PwC, Charbel also serves on the Emerging Leaders Council for Bottom Line and as a Big Brother through Big Brothers Big Sisters of Eastern Massachusetts. He’s excited to work alongside dedicated fellow alumni who are eager for change and creating a campus community that promotes racial justice, equity and inclusion. 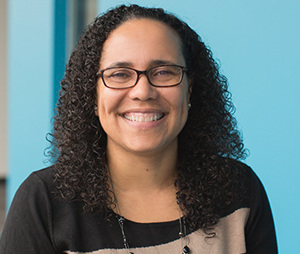 As Bentley’s first official chief diversity and inclusion officer, Katie serves on the president’s cabinet—formalizing the vital relationship and role she has played at Bentley for decades. Her work has promoted an inclusive work and learning environment by supporting student- and employee-led initiatives, resource development and advocacy for affinity groups — including the Racial Justice Task Force. 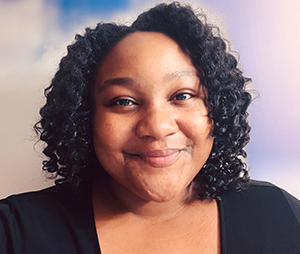 With a degree in media culture, Stephanie has worked in marketing with a focus in digital experience for almost a decade. She currently works as the global senior manager of web implementation at Brink's Incorporated, a logistics and supply chain company. As an alumna, she is one of the team members who launched the @BlackatBentley movement. 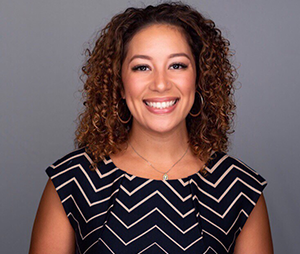 With degrees from Bentley and Northeastern in business management and global perspectives and nonprofit management, respectively, Shanell currently oversees sports partnerships at UNICEF USA and manages relationships with U.S. sports leagues, teams and professional athletes that are dedicated to educating, advocating and fundraising to help the world’s most vulnerable children. Shanell is also a faculty member at John Hopkins University with a Sports & Entertainment Impact course focused on partnerships and collaboration. She credits her student activities for providing spaces in which she learned the importance of connecting with others and serving her community. 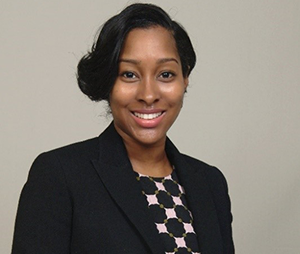 A risk management professional in the payments industry, Chris has held various analytical positions at the Federal Reserve Bank of New York and is currently a director in risk management at Mastercard. Passionate about advancing diversity, equity and inclusion, Chris serves on the steering committee of a Mastercard affinity group for Black and African-American employees and as a member of the Mastercard In Solidarity Advisory Council. She earned her degree in economics-finance and is a member of the Bentley Racial Justice Task Force. 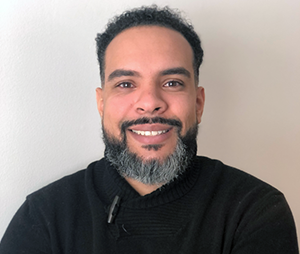 With a degree in corporate finance and accounting, Ney has worked in investment banking and corporate development for 10+ years — currently as director of corporate development at American Express, where he is involved in inclusion and diversity efforts geared towards recruitment and awareness. As an alumnus, he is also part of the Bentley Global Alumni Board where he sits on two committees: diversity, equity and inclusion and nominations. He’s also the co-founder of the Jhan Carlos de La Cruz ’07 Memorial Scholarship. 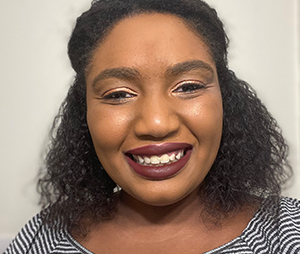 A former managerial economics major, Brianna worked for the Boston Red Sox before transitioning to the legal industry. She’s currently a legal knowledge management analyst for Ropes & Gray, where she is the leader of the Boston Multicultural Resource Network and serves as a member of the Diversity Action Committee. 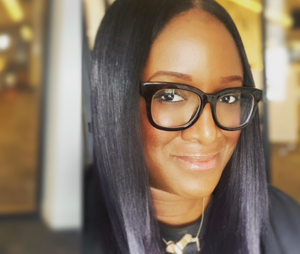 Tiffany is a talent strategist with more than 22 years of experience championing diverse professionals in the creative industries. In 2005, she founded ADCOLOR. The organization sponsors a conference and awards program; its FUTURES program offers mentoring and career building for the next generation of creative professionals. As ADCOLOR president, Tiffany is widely recognized for the progress and direction the creative industries have taken around diversity, equity and inclusion.

Her leadership in the field of diversity has earned many accolades. Tiffany received the American Advertising Federation (AAF) District 2 “Role Model” Diversity Achievement Award, the Jack Avrett Volunteer Award, the AAF Pioneer in Diversity Award (Omnicom Group), the 4A’s Foundation MAIP Gladiator Award, the National Association of Black Journalists Patricia L. Tobin Media Professional Award, the European Diversity Awards Global Diversity Champion Award, the John A. Reisenbach Foundation Distinguished Citizenship Award, the New York Urban League Frederick Douglass Medallion, and the AAF Barton G. Cummings Gold Medal for Distinguished Service. She has been selected as an Advertising Age Woman to Watch; inducted to the AAF Hall of Achievement; and named to the 4A’s “100 People Who Make Advertising Great” list, the Ebony 100, an AOL MAKER, the Black Enterprise Top Executive in Diversity 2019, the DoSomething.org 2020 Empower Player and the 2021 Henry Crown Fellow. Tiffany was elected to the Bentley board of trustees in 2020. 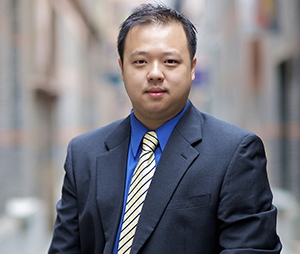 With a degree in accounting and corporate finance, Zhi spent 10 years working for PwC in Shanghai before joining Santander as vice president for ethics and anti-bribery. He works as a forensic accountant and has traveled the world assisting companies investigate fraud and corruption.

Tanya Hairston-Whitner ’95 and Katie Lampley ’96 share 30 years of friendship and championship of diversity, equity and inclusion at Bentley.

Ernest Washington Jr. ’73 shares his experiences as a young Black student on Bentley’s campus after returning home from the Vietnam War, the founding of the Black United Body group, and his path to becoming a successful businessman.

Advancing Our View of Race and Social Change

How did we arrive at our current state of racial injustice — and which drivers have perpetuated the system? Associate Professor Marcus Stewart ’92, MBA ’95 shares research and teaching focused on the areas of workplace diversity, social justice, leadership and change.

If you are a member of a marginalized group, look for the gaps in knowledge, culture and marketing — and fill them. It will be the most rewarding contribution you could ever make.
Tiffany Warren ’97
Bentley Mosaic Alumni Council Member
Make a Gift
Get Involved
Update Your Info
Be a Force Campaign