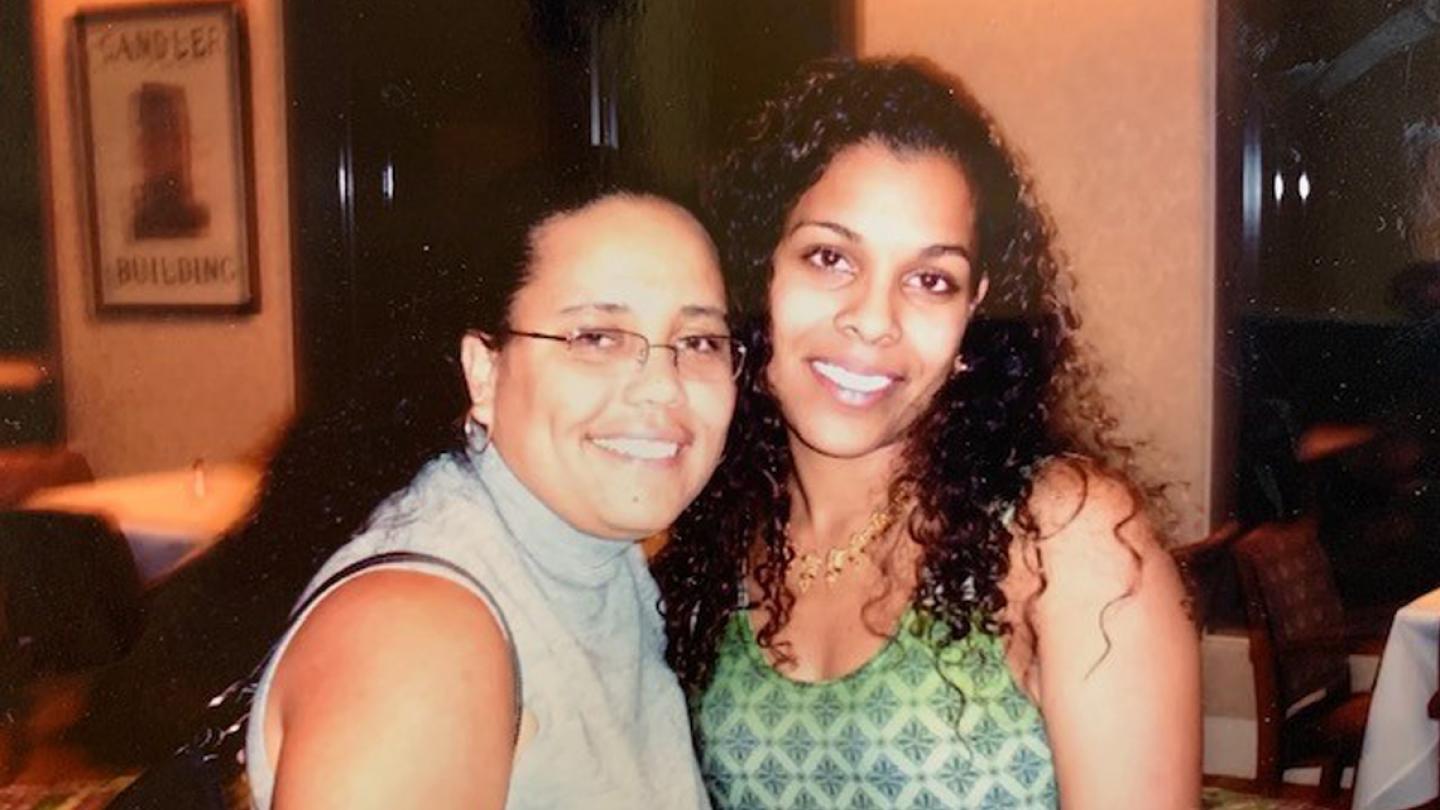 Tanya Hairston-Whitner '95 and Katie Lampley '96 share 30 years of friendship and championship of diversity, equity and inclusion at Bentley

When did you meet your best friend? For Tanya Hairston-Whitner '95 and Katie Lampley '96, the scene was Bentley's lower cafeteria in the fall of 1992. The time: lunch. The ice breaker: Lampley's wild curls. “Tanya just came up to me and said: I can show you how to do your hair,” she remembers.

“I did introduce myself first,” Hairston-Whitter assures. “But that's Katie: she's so welcoming.”

“And Tanya is all about creating a village,” Lampley says.

So begins the back and forth of two friends whose fond, funny memory sparked a lifelong friendship, a shared commitment to make Bentley a welcome space for all and an often behind-the-scenes leadership that has deeply shaped the course of the university's history and trajectory.

Hairston-Whitner, the current assistant general counsel for Home Depot, Inc. and the first firm-grown Black woman partner at the law firm Kilpatrick Stockton (currently Kilpatrick Townsend), has served on Bentley's Board of Trustees since 1998. She's also the chair of the board's new standing committee on diversity, equity and inclusion (DEI). Lampley has devoted decades to Bentley's advancement of DEI and was recently named the first official Chief Diversity and Inclusion Officer, a member of the President's Cabinet; she also serves as the staff liaison to the new board committee.

But, of course, no resume can do justice to the investment the pair has made in Bentley, its people and a more equitable future for all.

What was the foundation of your friendship?

THW: There were no walls or defensiveness on either part. It turned out both of us are West Indian — my mom is from Guyana and Katie's from St. Thomas. I think we bonded in the culture which is not touchy feely. We can take truth in any form.

KL: Having friends who don't interact with one another, that doesn't happen in Tanya's world. You're in the village. Tanya showed me how to make and build connections, and that example has continued to sustain me in a lot of spaces. 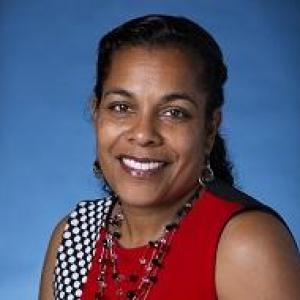 Follow your convictions. I'm big about being at the table where decisions are made and making sure other people that look like me get there, too ... but at most tables of leadership and power I'm seen as an exception. My goal is to make it clear that I'm not.
Tanya Hairston-Whitner ’95
Bentley Trustee

How did you guys get to Bentley, and why have you stayed so tightly connected?

THW: I always wanted to be a corporate lawyer — to create the rules for the game. I thought the best way to do that was for me to first learn the language of business. I came to campus and fell in love, but it was during the recession and my father's business had gone under. I met Dr. Avery and he was able to help me find the scholarships I needed to be here.

KL: I knew I wanted a business education and I wanted to be somewhere that I could make a difference. During my tour of campus as a high school junior I was impressed by the focus on technology, but I was also surprised by the lack of racial diversity. I remember asking the tour guide, “Where are all the Black people?” His response was, “They all went to Six Flags.” There were so many problems with that statement not the least of which was that all the people of color on campus fit onto one bus. While that could have scared me away, instead I distinctly remember thinking, these people need me.

Clearly Bentley did — and still does. It seems like DEI has been the name of the game for you since day one.

THW: I called Katie the “diversity queen” when we were in college. She just embraced Dr. Avery, Duncan Spellman, the visionaries. Holding diversity training for faculty, helping with diversity conferences and retreats. She wanted to get into the mix and make sure people understood the importance of having different voices. And this was in the 90s — that was unheard of.

KL: Tanya and I understand Bentley to be a very progressive, forward-thinking place when it comes to diversity. When we were students, Bentley was doing some really innovative things around diversity. We had the first managing diversity in the workplace course in the country, we were running diversity retreats for staff and faculty and there were new inclusive policies being written for student organizations. We have not significantly institutionalized that commitment so we lost ground. Thanks to the foundation that was laid at that time, however, we are now back on track to be a leader once again. I’m really invested in reclaiming that identity for us as a way to honor all of those who led the way for so many years.

THW: When Dr. Avery was thinking about retiring, he said, if he could choose a successor, it would be Katie. She's my best friend but she was also one of the most practical and strategic thinkers I know in the DEI space. You want this to be the best business university in the world — you can’t do that without having a foundation to embrace all people, all ideas. Having the right person responsible for DEI was a business imperative. So, for me, one of my greatest accomplishments, honestly, was convincing her that it was the right role and then helping to bring her back.

How have you seen DEI at Bentley grow over the years?

KL: Change doesn’t happen overnight. You need people like Tanya joining the board in the 90s, engaging in conversations, expanding peoples’ understanding, providing a vision for the future, building trust and credibility.

THW: I was brought onto the Bentley board the day I passed the bar. I was young, but [then-]President Joseph Morone knew we needed people of color — and young people — to have different and diverse voices at the table. Today, we don't have to convince people to join us. They’re ready. As we continue to see a commitment to DEI coming top down and also bottom up, it will eventually just be part of Bentley's DNA.

KL: I see so many examples of people advancing diversity in their areas of influence. For example, the fact that the faculty named expanding cultural and diversity competencies as a learning outcome of the new undergraduate curriculum speaks to a value for this kind of learning. You don't get there unless you have people laying the foundation, planting the seeds to enable real change. I see our roles as enabling that kind of change to happen by opening the doors to learning, growth and possibility. 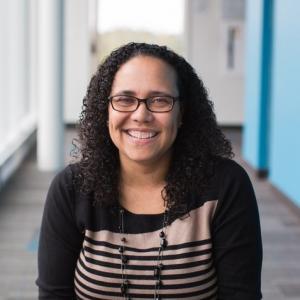 What are the strengths you bring to the table?

KL: I have had to navigate many dualities in my life. I am bi-racial. My mom's white. My dad's Black. I grew up in the Caribbean, but in a US territory, so culturally I am Caribbean but also American. I’m also in an interfaith marriage. I'm Christian. My husband's Muslim. I am very comfortable in these spaces that are ill defined. And I think most people want you to be either this or that. Identify yourself. And I have always resisted that.

THW: I just participated in a webinar on leadership and one of the things it said about being a leader in this time is you have to be a renegade — and a renegade is someone who is comfortable with the uncomfortable. I was like, that’s me. That’s Katie. We're very good about calling things out, even if we know they will not always be received well. We want to find solutions that meet the needs of everyone in the room.

KL: I think what's clear to both of us, too, is neither one of us needs credit. We're content to add our thoughts and ideas and then walk out of the room and let people take the idea and do something with it.

What advice do you have for Falcons opening DEI spaces in their lives?

THW: Follow your convictions. I'm big about being at the table where decisions are made and making sure other people that look like me get there, too. I've been blessed with parents who taught me I could accomplish anything. I come from a family of lawyers and doctors so I'm at home around highly educated and successful people, but at most tables of leadership and power I'm seen as an exception. My goal is to make it clear that I'm not. My purpose is to find the diamond in the rough and coach them to be there, too.

THW: Have humility. Don't be angry with people who aren't learning as fast as you are. Don't set expectations so that people disappoint you — meet them where they are.