Scott Sawyer '23 needed $60, a note from his middle school guidance counselor and an academic transcript to apply for a lobster permit for his first entrepreneurial endeavor. At just 8 years old, Sawyer, who spent summers in Plymouth, Mass., would help his uncle (who had a commercial lobster permit) pull traps onto the boat and accompany him to local fish markets to sell the daily catch. When he became old enough to get his own permit at age 12, his first small lobster business was born — one that is still going strong nearly a decade later.

“I was in sixth grade, so it's been a little while now,” the young entrepreneur jokes about his early start in the lobster business. “I learned a lot of the supply chain process of lobstering on the job, as well as how to manage revenues and expenses, and how to turn a profit.”

When he first started the business, Sawyer had high upfront costs. He mowed lawns to pay for lobster traps, buying used traps “in tough shape” and rebuilding them to save money. Days were spent on the water, baiting and pulling traps, and measuring lobsters — a lobster that is too small or has visible eggs or a notch on the tail signifying a female is released. It didn’t take long for Sawyer to learn what he says is one of the most important parts of the supply chain: the best time to sell his catch.

"During my first and second seasons, I discovered that consumer demand for lobsters is very high at the beginning of the summer,” Sawyer says. “As the selling price for lobsters increases, so does the price that I get paid per pound. Therefore, I try to pull my traps as many times as I can at the end of June and during July because I know that this will be the most profitable time.” 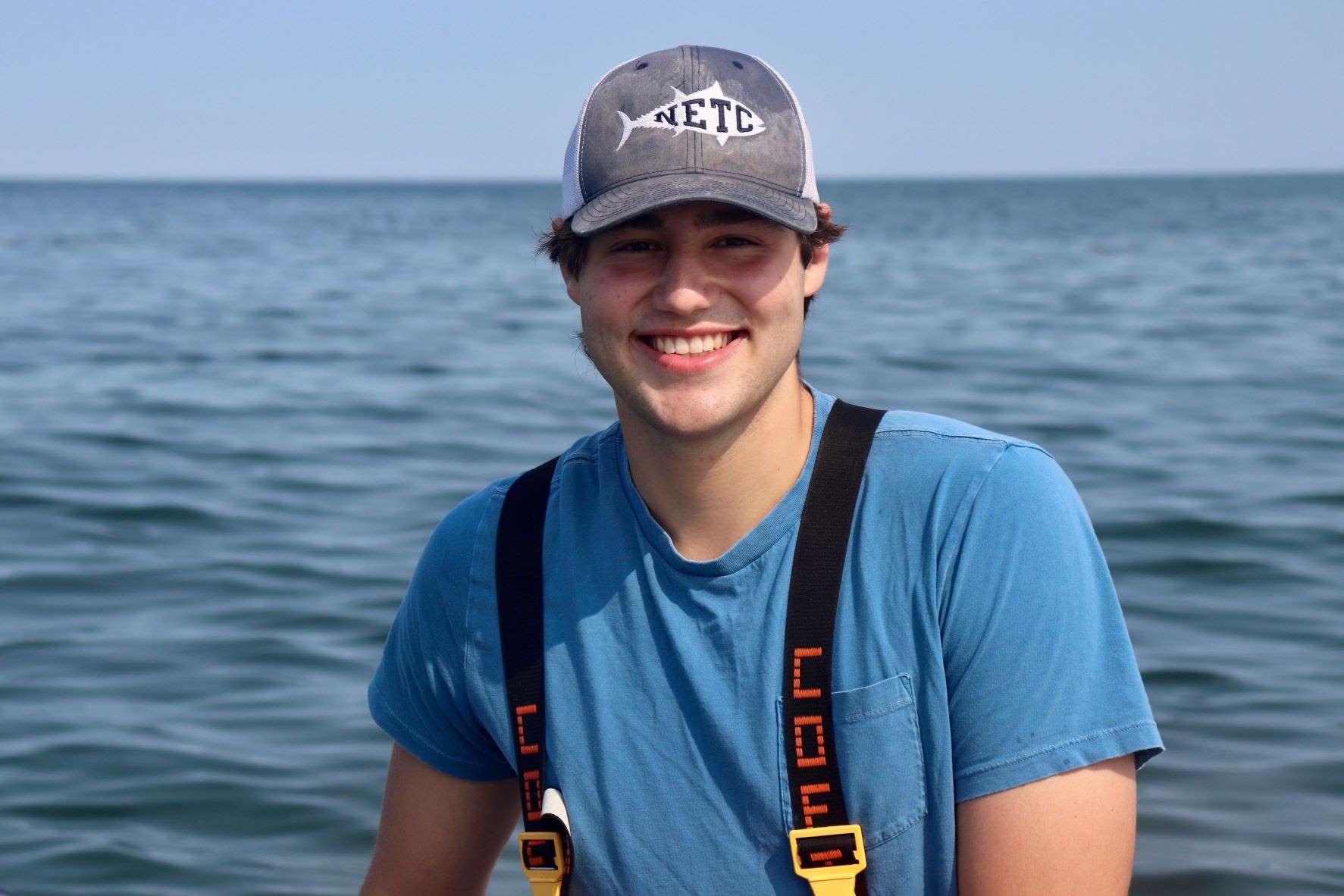 Today, wearing orange waders and blue rubber gloves, Sawyer manages the yellow and orange buoys that mark his 20-plus lobster traps off the rocky coast of Manomet Point in Plymouth. Though the daily fishing process hasn’t changed substantially, his sense of the business has deepened. Behind the scenes, he enjoys analyzing data using skills he is learning as a Finance major at Bentley.

“Now I can take data from my catch reports, expenses like gas and bait, and revenue from sales, to create Excel spreadsheets that track profits and allow me to compare numbers from year to year,” says Sawyer, who chose Bentley based on his early taste of entrepreneurship and business classes he took during high school.

In addition to the operations and financial management benefits of the spreadsheets, Sawyer likes having a visual representation. “I can easily create a graph to show how much I’m making per season or per pull to help determine the best-performing months.”

How one student is making Massachusetts healthier

Though his relationships with buyers have remained consistent over the years, Sawyer believes he has gained a better understanding of the importance of communication and networking — particularly after taking Bentley’s career development courses.

“What I enjoy about finance is that it’s not just about the numbers; it’s also about maintaining relationships,” says Sawyer, who is exploring a career in wealth management. “That’s key to any industry. Though I’m often alone on the boat pulling lobster traps, I interact with a lot of fishers who supply my bait, and the owner and employees of the seafood market where I sell my lobsters. Plus, there’s always an opportunity on the dock to talk with other people coming off their boats. Those connections are important.”

One of Sawyer’s most interesting ‘lobster tales’ happened early on when he was still very young. “In my first or second season, I caught the biggest lobster I had ever seen. The claws seemed the size of my head. I was amazed but I had to release it because it was way beyond the size limit.”

Though it’s obvious that Sawyer is at home on the ocean (“I think I learned to walk on the beach”) and he loves his job, he jokes that he would not make a good customer. “I don’t eat any seafood, including lobster. That works well for the business.”  For this young entrepreneur, the open ocean is just a single wave toward a brighter future.