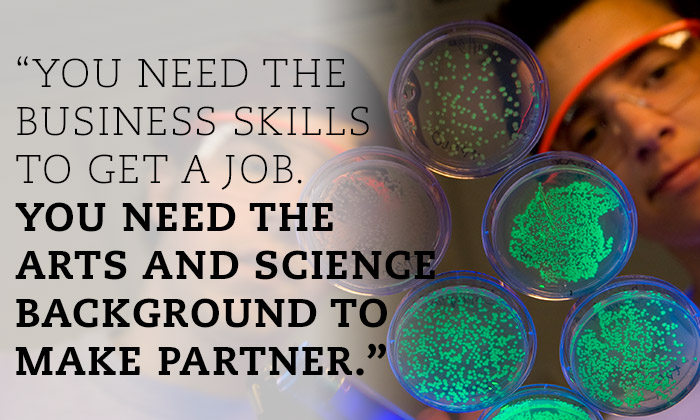 Business and Liberal Arts Need Each Other

If you want to succeed in business, why not read an Elizabethan play? Observe the paintings of Botticelli. Study Socrates and ask philosophical questions about the nature of reality.

“I focused on Shakespeare,” says Chad Dickerson, CEO of Etsy, an e-commerce site worth more than $700 million, in a Washington Post interview “In many ways, for a CEO, the things you learn in a liberal arts education are more relevant than anything else.”

Innovative leaders in business education get it. In recent years, a wide range of more than 40 business schools have convened an Undergraduate Business Education Consortium to enthusiastically support the integration of the liberal arts with business studies.

A cartoon distributed at one of their 2014 two-day conferences features a group of tattered villagers storming a castle wall with a chaotic mix of sticks, rocks and misaimed ladders.

“I regret not taking management classes,” says the original caption.

“And sociology, history, and languages and more!” adds a new line playfully tacked on. 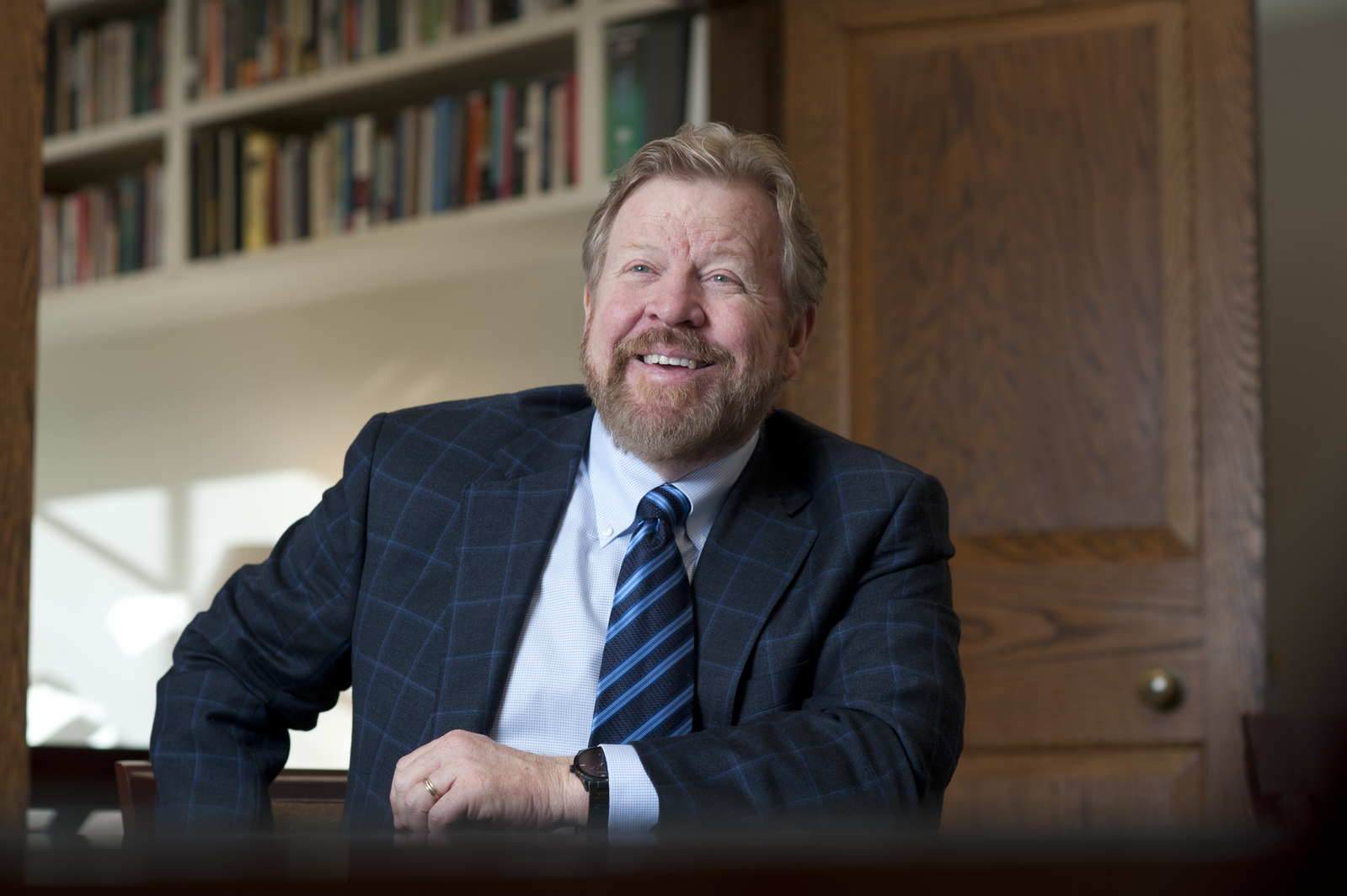 At Bentley University, which is a member of the consortium, the liberal arts are considered a natural part of business education. Dan Everett, Dean of Arts and Sciences, (right) says the business school contains a university, with business and the arts and sciences.

They offer innovative fusion courses that merge traditionally unrelated disciplines. An economics professor teaches a course alongside a colleague in political science. A management professor joins a colleague in film studies to show students how to seek deeper meaning within human exchanges, and, in turn, see and act in newways in a business environment.

Everett says the study of liberal arts makes you a well-educated citizen of the country and a better player in the business world.

One of his favorite phrases is: “You need the business skills to get a job. You need the arts and science background to make partner.”

Many business schools joined the push to make liberal arts matter after the influential release of “Rethinking Undergraduate Business Education: Liberal Learning for the Profession.” The book reported on a Carnegie Foundation study that found most business programs are too often narrow. They fail to challenge students to question assumptions, think creatively, and understand the place of business in broader contexts.

There is mounting pressure on business schools to do better. In a recent Psychology Today article, "Why We Need To Rescue Liberal Arts Education for Prosperity," executive coach Ray Williams claims business education is in trouble.

Williams points to an article from the London Times, “Harvard’s Masters of the Apocalypse,” in which Philip Broughton, author of “What They Teach You at Harvard,” argues business schools are creating a management class within global business. And members of this elite class are failing to demonstrate high moral and ethical standards, he says.

“From Royal Bank of Scotland to Merrill Lynch, from HBOS to Lehman Brothers, the Masters of Disaster have their fingerprints on every recent financial fiasco,” reports Broughton.

Business leaders may lampoon liberal arts graduates and exalt professional degrees, says Williams, but that is dangerously misguided. He says Peter Drucker, known as the world’s foremost expert on management and leadership, drew many of his insights from literature and social sciences. He cites a statement by Rick Wartzman, executive director of the Drucker Institute, “The problem is that the broad world of ideas has become largely separated from the world of business.”

Williams also draws in Bentley University’s PreparedU Project, which found 60 percent of millennials grade “C” or below when it comes to being prepared for their first job.

“What is interesting,” says Williams, “is that the preparation was not identified as technical knowledge or skills as being the problem but rather the absence of more broad-based learning and skills such as personal traits, attitudes, communication, interpersonal and creative thinking skills.”

In a National Association of Colleges and Employers survey, Job Outlook 2015, nearly 78 percent of employers say leadership ability is one of the key attributes they seek in a candidate. The trait can make or break a hiring decision when employers are forced to choose between two qualified candidates.

And more than 80 percent of hiring managers list communication skills as a key attribute in a candidate, according to a survey by Millennial Branding and Beyond.com.

Even so, why take the study of liberal arts seriously? At first glimpse, liberal arts majors are not faring well, according to a recent survey by the National Association of Colleges and Employers. Less than 14 percent of employers say they would hire them. In sharp contrast, more than 60 percent say they want accounting majors and more than 28 percent are looking for economics majors.

But here’s the catch: the initial advantage held by those with narrow and technical business skills does not hold up over time.

A study by the Association of American Colleges and Universities shows that humanities and social science majors earn a similar amount as the majority of business majors do over a lifetime.

Every college student should acquire broad knowledge in the liberal arts and sciences, according to 80 percent of employers surveyed in another AAC&U report.

In fact, students with the skills typically taught in liberal arts programs tend to be more successful in their careers, according to a report from the Social Science Research Council.

Thoughtful business educators are asking: what kind of talent do we need in business today?

We can see some of the more cutting-edge answers. At Boston College, a course named Portico introduces students to global, historical, philosophical, and ethical perspectives on business. At the University of Richmond, a course named Victorian Literature for Accounting Students builds a love of reading by pairing accounting and literature classes. At Bentley University, professors are dreaming up fusion courses that are the first of their kind in the country.

Everett calls the separation of business and liberal arts a false dichotomy, which is the intellectual way to put it.

Let’s put it another way. Business and liberal arts belong together. They are meant to be one. And let’s face it -- neither is doing so hot without the other.