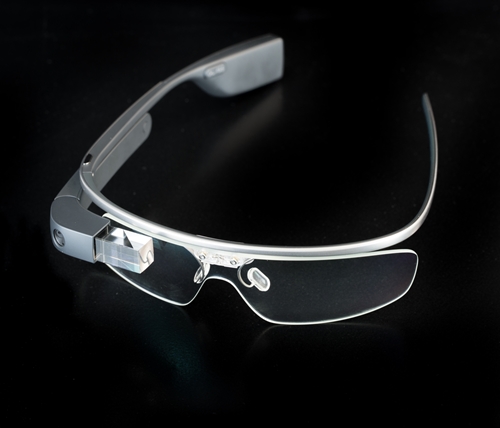 The device that became a catalyst for a huge surge in wearable tech back in 2012 has officially been pulled from the market. The Google Glass Explorer program came to an end Jan. 19, and the fall of the futuristic eyewear has been regarded as an all-around failure.

Is that really the case, though? Has Google, one of the world's cutting edge tech behemoths, really made a colossal error regarding one of its most widely talked about products? A variety of media outlets certainly think so. Some said Glass failed because it simply wasn't cool enough. Others suggested that the Explorer program spiraled out of control at the hands of project leader Sergey Brin and an overzealous marketing department.

However, in all the fervor of a botched product release, many have forgotten the origins of Glass and what Google's true intentions of the Explorer project were in the first place. Does pulling the unfinished Glass product out of the hands of consumers really show that Google failed, or did the world's largest data collection company gather everything it needed to make this once hyped-up pilot program succeed in the future?

Don't Be Fooled — This Was a Failure

To suggest that Google expected the downfall of Glass would be a miscalculation. The company's marketing budget would suggest the developers truly did try to make the device into the next hot trend. It was paraded through talk shows, it got a 12-page story in Vogue, models at New York Fashion Week strut down the runway wearing Glass and celebrities like Oprah, Bill Murray, Beyoncé and Jennifer Lawrence were all seen wearing the device at different times.

All this publicity backfired on Google after users found out how bug-ridden and clunky the product really was. Soon Glass became just another joke. SNL cast members would make fun of its silly quirks — nodding and talking to the device while simultaneously saying "you barely know I'm using it" — and businesses worried that users would record everything from movies to casino table games. Like a house of cards, Glass folded under the tremendous popularity it was never meant to achieve.

But why wasn't it supposed to be popular in the first place?

Google Built a Solution Before Identifying a Problem

That's a question that Mark Frydenberg, senior lecturer in the computer information systems degree program and director of the CIS Sandbox at Bentley University, can answer. He and his students used two Google Glass units in the CIS Sandbox program for demos and to explore the technology. He says Google's Explorer project was meant to put the unfinished product into the hands of developers and see what happened. It was never meant for the ordinary consumer.

"Glass showed that there were a variety of solutions that this technology could provide, but Google (intentionally?) didn't identify the problem beforehand," Frydenberg said. "They wanted to see what people could do with it."

The product was released with a few demos, and slowly but surely, developers started creating apps for it themselves. It didn't matter that the device didn't look cool or work perfectly. Google was launching a pilot program, and the details would be hashed out later. Unfortunately, with the media attention came a backlash that said the reportedly groundbreaking technology wasn't all that great.

"The problem was that the device wasn't quite ready for prime time," Frydenberg said. "The unit overheated frequently with use and shut itself down, the battery life wasn't long enough (less than an hour), the apps were great demos but limited in scope, and the user interface — tapping, swiping, blinking, head gestures, and the voice recognition after saying "Ok Glass" — was not always smooth."

That was the impression Glass gave thousands of users, and that's what lead the product to an early grave, but don't expect it to stay there.

The Successes of Google Glass

The device was released without a solidified purpose in mind, but it did find a few breakthrough uses. One such use was for surgeons in the operating room. For health professionals like Selene Parekh, MD, an orthopedic surgeon at Duke Medical Center, Glass held the key to recording operations, consulting with other medical professionals and looking over medical information all while performing surgery. At the very least, the device likely has a solid future in hospitals.

Moreover, collecting all of the user feedback from the Explorer program could be considered a success. Knowing that the device was considered too geeky for wearing and too distracting to use in public will help Ivy Ross, a jewelry designer who runs Google's smart-eyewear division, and Tony Fadell, a former Apple product executive and the creator of Nest, make something greater in the future. The two are now the new overseers of the Glass project.

Even if Google really is out of the smart eyewear game, they've inevitably opened a door for competing tech companies, too.

"We may not see Google Glass again, but we will see wearable devices that provide new ways to experience augmented reality as they visualize objects and information," Frydenberg said. "For example, within days that Google told us they were discontinuing Glass, Microsoft announced HoloLens, glasses that show holographic images, as part of the introduction to Windows 10."

HoloLens, Oculus Rift and others ensure that Google Glass — or a product like it — will have a place in the future. Now it's just about making a functional and stylish product that doesn't jump the gun on the marketing front.