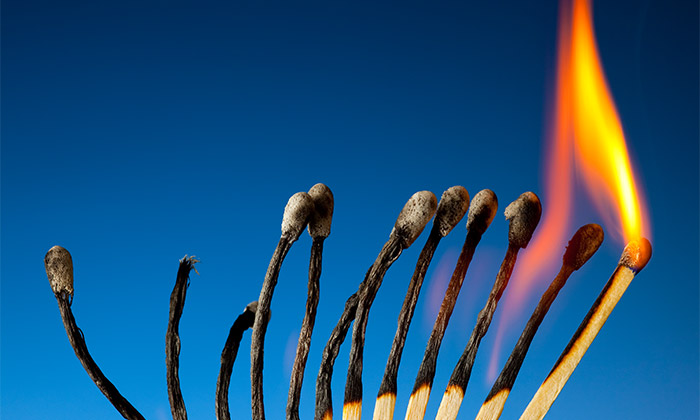 As the first generation native to technology, millennials are notorious pros at multitasking — potentially splitting their attention between devices and tasks up to 27 times per hour, compared to 17 times per hour for previous generations, according to this “Maximizing Millennials” infographic from Forbes.

But are these highly ambitious 20- and 30-somethings looking at their careers as one would look at stock investments, spreading the risk in order to maximize returns by multitasking and holding more than one job at a time?

According to a recent story in the New York Times, “The Lives of Millennial Career Jugglers,” the answer is yes: Millennials are the first generation to make the “forward slash career” or hyphenated job title commonplace. But it’s not just career advancement and reward that millennials want — it’s stability and a creative outlet, having their cake and eating it, too, with a decent paycheck and a dream project all at the same time.

“Unlike the legions of Americans who work several jobs out of necessity, these young people elect to stretch themselves thin. While one job usually pays the bills, another gig provides a more creative outlet. More than hobbyists, these career jugglers consider their cocktail of roles essential to their well-being and dismiss the notion that they ought to focus on one thing for the rest of their adult lives as boring and antiquated,” notes The Times.

The NYT story goes on to profile six such “slash generation” millennials and the careers that they juggle, like 30-year-old Lenny Platt who works full time at ESPN, yet also acts in a Shonda Rimes drama and is the executive producer of an events company. “My LinkedIn page looks crazy,” Platt told the Times.

But what is the future cost to millennials for burning the candle at both ends? Are they risking early long-term burnout in favor of short-term reward? According to the American Psychological Association, nearly 40 percent of millennials said their stress has increased over the past year, compared to just 33 percent of baby boomers — and millennial women are burning out at a much higher rate than their peers, many before the age of 30, according to the Huffington Post, which may not be shocking as women stereotypically are no strangers to the “forward slash” concept, originating with “working mother.”

Early burnout and the notion of “civilation’s disease” are things that Ariana Huffington herself addresses in her book, Thrive, “an impassioned and compelling case for the need to redefine what it means to be successful in today's world…a personal wake-up call that came in the form of a broken cheekbone and a nasty gash over her eye — the result of a fall brought on by exhaustion and lack of sleep.”

April Lane is a freelance writer.