The Pandemic So Far: Brazil

As we close a year unlike most, alumni around the world are focused on adapting to the “new normal” created by the pandemic in their home countries. Marcelo Sá ’01, a member of the Global Alumni Board, shares the Falcon view from Brazil — lessons learned and his hopes for the road ahead.

From your perspective, how is Brazil doing?

Brazil’s federal government took a very peculiar approach to the pandemic from the beginning: Even though a lockdown was officially instituted by governmental organizations early on, the president himself has been consistently against it and made a number of public appearances without wearing a mask while gathering small crowds. This behavior influenced a significant part of the population and we never saw social isolation beyond 50% in the big cities, where most of the people were still leaving their houses and using public transportation daily. This resulted in very high numbers of COVID infections and deaths for many months. We saw numbers beginning to decrease in September, but this second wave could reverse the downward trend, unfortunately. So far, it has been a very challenging period socially, professionally and personally, but very enriching as well. 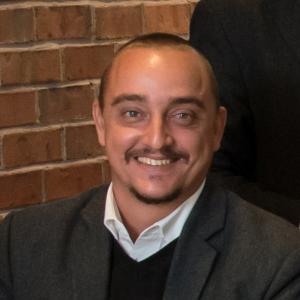 One thing this pandemic has shown us is that we are learning to react, to adapt and to transform.
Marcelo Sá '01
Member, Global Alumni Board

Brazil is a haven for sociologists, economists and psychologists because it’s 100% all human behavior. We don’t have natural disasters here. We don’t have to react to an external force. Everything that happens in Brazil happens because of society, because of human behavior. So this is very enriching if you want to analyze people. And it’s also tough because usually there are institutionalized, long-lasting behaviors that harm our society and that we struggle to overcome. But one thing this pandemic has shown us is that we are learning to react, to adapt and to transform.

When the pandemic initially hit, the impact on jobs was brutal, affecting the lower income population immediately. To put this in context, 85% of Brazil's population is lower middle class and poor; many are informal workers or unemployed, while most of those formerly employed earn no more than the minimum wage. These are households where over 50% of the family income goes to buying food, and all of a sudden most of them had no prospect of making any money. Not to mention that, at that point in time, over 20% of Brazilians were unbanked and those who had an account preferred using traditional payment methods such as plastic, cash and even checks.

But Brazil loves a paradox: As unequal a country as we are, with a large underprivileged population, over 75% of Brazilians have internet access and 60% surf the web using a smartphone. When the government acted by providing relief payment to those who qualified based on monthly income, this large portion of the population turned to technology to receive and to spend this much-needed income. Some even adapted their informal jobs to make them viable digitally (home cooks that began selling on WhatsApp and delivering lunch in their neighborhood, for example). Brands took notice and what ensued was a digital acceleration of five years in five months: the exponential growth of e-commerce, the adoption of digital wallets by the previously unbanked and by those who were already fed up with brick-and-mortar financial services, the boom of content consumption via streaming in both sports and entertainment, the fever around user-generated content that made TikTok one of the fastest growing apps in the last six months.

The glaring inequalities of Brazil have become more evident in the pandemic: even though Brazilians may be accessing the internet, millions of children haven’t received formal education since March because our public schools, especially beyond the cities, aren’t equipped to teach remotely.

While this was going on, private companies and organized civil society groups resorted to digital solutions such as QR codes for donations and social media for mobilization in order to produce and deliver goods, food and services where they were most needed: the favelas and poor rural areas. One great example of how Brazilians can quickly adopt, adapt and engage with technological innovation.

How has remote work and learning been going?

When you talk about traditional work and businesses, remote work is in place in Brazil, even though this represents a smaller part of the workforce. Factories and agriculture are working with people on site and also the informal sector, consisting of people who depend on opening their corner store or delivering some sort of goods and service, who are exposing themselves daily.

Schools also adopted remote classes initially and, later, a hybrid system, but that did not have the same result across the country, being especially challenging in underprivileged areas.

So it’s not all positive change.

No, the glaring inequalities of Brazil have become more evident in the pandemic: Even though Brazilians may be accessing the internet, millions of children haven’t

received formal education since March because our public schools, especially beyond the cities, aren’t equipped to teach remotely. Government subsidies have kept families in the lower income strata afloat, but growing inflation and unemployment are reducing their capacity to provide for themselves, creating a clearly unsustainable scenario. We also saw increasing cases of domestic violence during the lockdown period. However, once we found out about this as a society — and I’m not talking about the government, but about people on social media — a movement to identify, to counter and to support the victim was created and implemented throughout the country. Neighbors sending messages online or in person to victims, notifying attackers that they’re seen and that the police will be called, and teaching women self-defense techniques, for example.

You mentioned a lack of public services.

A lot of people have died that could have been saved because we don’t have adequate public hospitals. Good services — health service, education, transportation, everything that the government is supposed to give you when you pay taxes here in Brazil — you only have access if you pay for private services. In comparison, I pay taxes proportionally similar to residents in Sweden and Norway, but I have to pay double to ensure private care, schools, everything. But this is a privilege of the top 15%. The majority of Brazilians cannot afford this and have to rely on these poorly equipped hospitals when they get infected. And the risk of infection is higher when you need to go to and from work every day on crowded public transport and then get back to your overcrowded community with precarious sanitation services. A ticking time-bomb, unfortunately.

So, like in any crisis, there have been setbacks and gains.

Obviously, these are just a few examples of Brazilians reacting, enduring and helping each other in 2020. It was a very interesting mobilization that happened here. We are not to expect that society’s underlying problems will be solved by how we react to a huge crisis like this pandemic. But the way governments, corporations and civil societies have mobilized proves that we are capable of promoting the transformation that we need to foresee a better world for future generations.

Other Alumni Reflect on the Pandemic