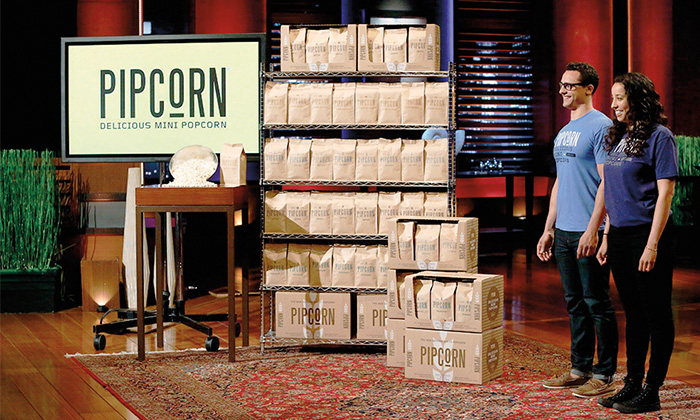 Before Jeff Martin ’07 and sister Jen made Oprah’s favorite natural snack, wowed investors on ABC's Shark Tank, and sold $1 million worth of their product in four months, there were moments when an outside observer might think their dream had popped. 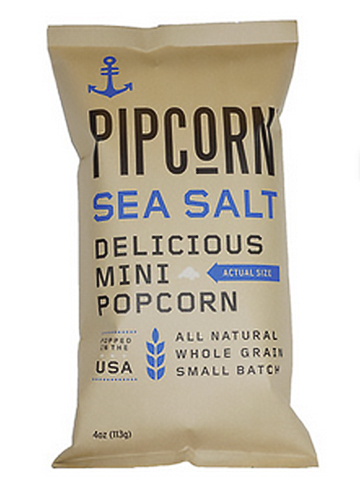 “It’s not to say we felt like we had a massive success from day one; it was more that we weren’t going to let it fail,” he recalls. “We just didn't let that become an option.”

That statement sums up the 29-year-old entrepreneur well. Talking with Martin is to feel, on a visceral level, his passion and optimism. These and other qualities impressed Shark Tank’s Barbara Corcoran enough to give the company $200,000 in exchange for 10 percent stake. She calls Pipcorn her best investment in six seasons and lauds the Martins as “phenomenal” entrepreneurs.

Company sales speak for themselves: $800,000 in 2014, quadruple its 2013 total, with $1.5 million arriving just since November. You can find Pipcorn at Whole Foods Markets from New York to Maryland to New England. The snacks are also available online and in small independent grocers.

Jeff’s success through Pipcorn surprises no one who knows him, not least his family, to whom he sold air-popped popcorn as an enterprising kid. To a large degree, Jeff credits his hands-on Bentley business education and his Management degree with equipping him with the tools that took him to Oprah, Shark Tank and now over a million dollars in sales.

“Without a doubt, my experience at Bentley put me on this track,” he says. “Bentley taught us that these things are doable, whether you want to be an entrepreneur, go work on Wall Street or be a ski instructor in Colorado. It sets you up for wanting to succeed, and helps you build this network of other peers and faculty.”

Just six years ago, the venture was a late-night kernel of an idea hatched on the floor of an unfurnished apartment.

In 2009, Martin was in Chicago helping his sister move. After a day of loading in boxes, the two were starving, but the only provisions they could find were a few pots and pans, olive oil, and several bags of popcorn that Jen Martin had received from local farmers. Its small kernels were reported to be easier on digestions intolerant to traditional popcorn.

“We kept making and eating popcorn until we couldn’t move,” Martin remembers. “We decided we had to sell this.”

Fast-forward almost two years. Martin is among those laid off at UBS during the height of the recession; his sister has returned east with her college degree. The siblings filled out paperwork to manufacture food in New York and began applying to food markets in the city. They had a product name and some flavors they thought worked (sea salt and rosemary were two), but no packaging or branding. Also: crickets from every New York market to which they applied.

“Our parents were getting nervous, I’m sure,” Martin says. But each day, they’d sit together and check off a handful of the 250 tasks they needed to complete before selling their first bag of popcorn. “No matter the challenge, forward momentum is key.”

Break #1 was securing a vendor spot at the Smorgasburg market in Williamsburg, Brooklyn. They produced 100 bags of Pipcorn for that debut in late April 2012; all but 20 sold.

[It was a] crazy experience. We still didn’t know what we were doing, says Martin.

Smorgasburg is also where the Martins met a scout for Oprah Winfrey’s “Favorite Things.” In November, after several months of product development to meet the star’s exacting standards, Pipcorn premiered on Oprah. Martin calls it a “crazy experience. We still didn’t know what we were doing.”

The sudden spotlight forced the Martins to consider how prepared they were for a rapid influx of orders (at that time, not very). They also learned that national exposure does not necessarily equal more shelf space. Retailers wanted to see sales.

So the two hustled their way onto more prominent shelves at Whole Foods Markets and in the pantries of New Yorkers, through months of grueling store demos across the area.

“Our mindset was, if 10 people pick up our bag, maybe two people will buy it, and maybe one person will be a lifetime customer,” says Martin, underscoring the importance of connecting quickly with potential customers, one at a time.

By February 2014, Pipcorn sales merited moving into a larger facility, located in East Harlem. Then came the call from ABC producers, who had seen the siblings on Oprah and wanted them to pitch Pipcorn to the Shark Tank investors. It was another difficult but opportune milestone in the product’s short existence, Martin remembers. In the end came their game-changing deal with Corcoran, whom he calls “the only one we wanted to work with.” 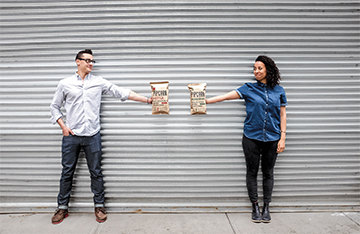 The post-Shark Tank sales bump was real — and so were the bumps in the road. Online sales of Pipcorn were $196,000 in the 24 hours after the episode aired on Nov. 14, 2014, nearly matching company sales for all of 2013. Orders poured in from retailers eager to stock the novel small-kernel popcorn. Demand far outpaced production, leading to a two-month lag time in fulfilling some orders.

Growing pains aside, Pipsnacks has netted more than $1.5 million since November alone, suggesting that Corcoran may have landed a bargain on the company’s initial $2 million valuation.

Few emerging companies may get Pipsnacks’ high-profile exposure, but Martin urges every entrepreneur to be on the lookout for their Oprah or Shark Tank. “Find something that can help you get to the next level, and go for those things.”

Find something that can help you get to the next level, and go for it, says #SharkTank #pipcorn grad

Writer Steve Holt covers food and beverage topics, nutrition policy and urban issues for local and national publications; his work has been featured in the annual Best Food Writing anthology. Connect with him: