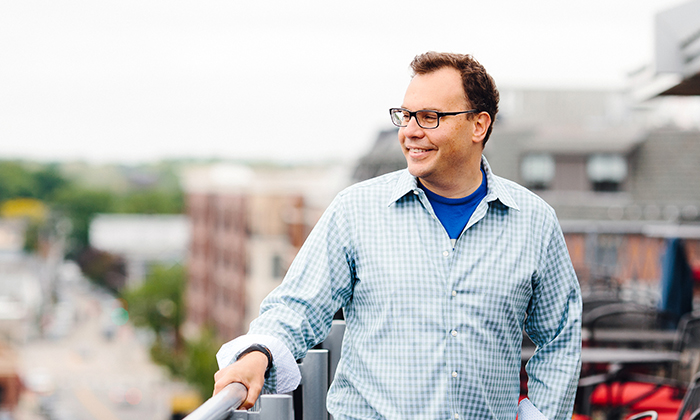 A new currency on the block

The way Bruce Fenton ’06 sees it, blockchain technology and its best-known application, Bitcoin, will revolutionize the future of money. The 26-year veteran of capital markets, who attended Bentley as an evening student, is founder and CEO of Atlantic Financial and Chainstone Labs, host of the Satoshi Roundtable, former executive director of the Bitcoin Foundation, and a board member at Medici Ventures and tZero. Here, he discusses the promise and pitfalls awaiting organizations of all kinds.

Bitcoin was the first application of blockchain technology. Its invention proved you could conduct transactions without needing a trusted third party like a bank. A blockchain works great for money and in other cases where you want to transfer something of value from one person to another. There is a ledger of who owns what asset, shared across a computer network and verified by peers, which gives you a lot of power to move anything — in my case, securities. I was a stockbroker for 20 years and, even today, it can take two to three weeks to move a security from one broker to another. Instead, you could convert the security into a digital token, issued on a blockchain, that can move the same way Bitcoin does. Then the transaction can be completed in 10 minutes or less.

CONSIDER THE CONCEPT OF MONEY. 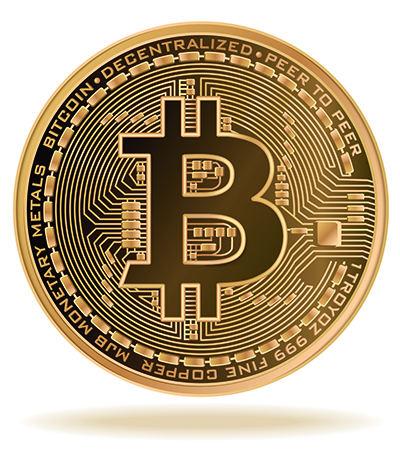 If you ask people “What is money?” or “What makes it valuable?” they generally don’t have a good answer and haven’t thought about it. Most people are told by their government what money to use, so they never really question it — and until very recently, they didn’t have a choice.

The characteristics of money are durability, portability and divisibility. It has to be fungible, it has to have limited supply, and it has to be acceptable among the parties you want to trade with. The latter is lacking for Bitcoin. But in every other category that defines money, Bitcoin is superior. Right now, you can’t send $100,000 overseas without all kinds of paperwork. But using Bitcoin, I could send the funds nearly instantly. I don’t need to know your bank account number or your situation — you could even be a felon for all I know — and that makes moving capital much more frictionless.

There’s so much noise about blockchain and Bitcoin, it makes sense to spend a lot of time making sure you’re picking the right path. It’s a bit of a Wild West world. I see large companies that don’t have a clue about how the technology actually works. You have people promoting themselves at conferences and, typically, the ones making the most noise know the least and spread bad information. Then CEOs say, “OK, private blockchain is a great idea” and give it a $2 million budget. Listen to security experts and top scientists instead of rushing in.

Although very secure, a blockchain is not impossible to hack. One big weakness is that a transaction is permanent and control is not by a third party, but by “private keys” like a password. That makes it very appealing to criminals and makes theft irreversible. With assets on a blockchain, if someone steals the key, they’ve got the assets. If your digital wallet or computer gets hacked, or you get conned, there is no mechanism to get Bitcoin back.

Every industry will likely have some application for blockchain technology. It is already being adopted in finance, pharmaceuticals and insurance, among others. Its use is best decided by experts in those fields who have big transaction problems they’re looking to solve. I personally believe Bitcoin will become either the major global currency or global reserve currency.

Blockchain technology as whole, including Bitcoin, won’t solve every problem; there are a lot of bad ideas and bad applications. Certainly, there may be — and I hope will be — some useful apps that come out. But to say you’re going to put everything on a blockchain, like health care for example, doesn’t make sense. Blockchain can be globally transformative, but it’s not the be-all, end-all of every problem.

A blockchain is a digital ledger that records transactions across computer systems and cannot be changed retroactively. It was invented in 2008 by Satoshi Nakamoto (a pseudonym) to deploy cryptocurrency Bitcoin. The technology converts data into encrypted blocks, which makes a blockchain secure. As the data are created, they are confirmed by a distributed network of computers; each block is linked with the prior entry, thus creating a chain. No one person has control over a blockchain. It lowers costs by removing the need for banks or other trusted third parties to execute transactions. It reduces the cost of networking as well, enabling applications such as trade processing and settlement, insurance claims processing, and cross-border payments. Other uses include operating like a notary to validate a contract or securing votes cast online since they would be impossible to alter.