When “I Did Everything Right” Isn’t Enough

Boston BullPen Project taps in at bottom of the ninth

“But, I did everything right.”

Of the 30 million Americans who filed for initial unemployment claims in the last two months, were furloughed or laid off as a result of the coronavirus, this is most likely a common thought. They studied hard and got to work. Saved their money, paid their taxes, are taking care of their loved ones as best they can — insert endless other civic accomplishments here — only to have an invisible hand snatch away their security.

While the number of people left reeling has risen amid COVID-19, the predicament of wondering how everything could suddenly go wrong after putting your best foot forward is something countless Americans have faced. Thankfully, Steve Alperin ’87, Michael Connelly ’86, Alan Stern, P ’20, and Ben Levin, co-founders of the Boston BullPen Project, have been there pre- and post-pandemic to provide some relief.

Walk down the street of any major city and you’re bound to pass someone who’s homeless. Few of us can say we’ve stopped for every person who’s sought our help. Michael Connelly ’86 was no different when he was visiting San Francisco with his family some years ago.

When a man approached them, Michael remembers wishing him a good day — and moving on. But his young son couldn’t do the same. “He said, ‘Dad, you always said we should help others. You walked right past that person,’” Michael remembers. “When we got home to Boston, my son went into his passbook account, I went into my checking account, and we sent a donation to a San Francisco homeless shelter.” 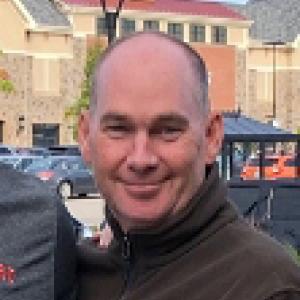 Before we knew it, we had hundreds of blankets and we’re supporting about 10 shelters.
Michael Connelly '86
Co-founder, Boston BullPen Project

A few months later, a Boston Globe article caught the family’s eye: there was a scarcity of blankets at shelters in Massachusetts. Michael’s son started collecting blankets at school. Then boots. And gloves.

“Before we knew it, we had hundreds of blankets and we’re supporting about 10 shelters,” Michael says.

The blanket fund not only provided tangible items, it raised enough money to help the homeless population beyond the shelter — like turning the utilities back on at one veteran’s house. “He was terminally ill and this fund helped him die at home with dignity,” adds Steve, who was so impressed with Michael’s organization, he wanted to help. “That was the moment that turned on a light bulb for me.”

Michael and Steve were Bentley roommates. (“Steven’s still mad at me for wrinkling his shirts because we had to share a closet in Kresge,” Michael insists.) They formed the BullPen with Alan (friends with Steve since they were kids) and Ben in 2017. And the Boston BullPen Project name? “Michael and I also played baseball together at Bentley,” Steve explains; the bullpen is known throughout the sport as the area where relief pitchers warm up before taking the field to help win the game.

Success has followed the co-founders throughout their careers: Michael and Steve in finance, Ben in law and Alan in pediatric medicine. Wanting to set an example for the 10 kids among them (Alan is the father of triplets, one of whom graduates from Bentley this month), the group wanted to give back in a bigger way: four-on-one. 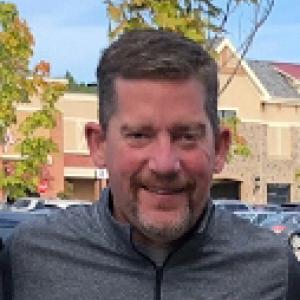 I think in a crisis humanity sort of proves itself.
Steve Alperin '87
Co-founder, Boston BullPen Project

Each co-founder brought a few nonprofits to the table when BullPen was started, with all of the funds coming from the four friends. Today, they have many donors and family and friend investors. Michael’s son is still involved in the charity. They’ve also partnered with more than 30 nonprofits across New England, on pace to make up to 400 donations in 2020 — a big leap from the 15 to 20 they made per month prior to the pandemic.

As ever, BullPen waits for the call, and within 24 to 48 hours they send in the pitcher.

Included in every gift is a $25 gift card that they ask the recipient to donate. “We ask them to pay it forward and write an impact statement, so we know how we’ve been able to help them and we can show our donors how they’ve been able to pass that on,” Steve adds.

Since early March, the requests have shifted from rent checks to the most basic needs: food and clothing, as well as track phones for organizations to stay connected while socially distanced from their populations, and laptops for students who can’t go to their college classes in person.

“I think in a crisis humanity sort of proves itself,” Steve says. Ignoring the toilet paper riots, he adds, “a lot of people are giving back locally” to all of the non-essential workers that have been essential to their lives, like the hairdresser they’ve seen for 20 years. “But also all the people who aren’t as lucky as them to have a home or a job.”

For the luck they’ve been given, the BullPen crew is happy to pass it on.

“Because every person we help makes our community a better place,” Michael says — and adds another power player to the home team.