Projects by Faculty and Students have Real-World Impact

How do you strengthen the economy in parts of the world where most people have little access to banks? In sub-Saharan Africa, a developing region of more than 40 countries and 1 billion people, the answer may be as close as the phone in your pocket.

Bentley researcher Wenxiu “Vince” Nan, PhD ’19 has been delving into how “mobile money” — using a mobile phone to pay bills and transfer money — can improve the standard of living for people in sub-Saharan Africa, the fastest-growing mobile region in the world.

“What I’ve learned is that mobile money transforms the way individuals live their lives and the way small businesses do business,” says Nan, who worked on the research with faculty member M. Lynne Markus. “That change has a socioeconomic impact at both the community and macro levels.”

Nan and Markus are among many researchers at Bentley who are tackling complex questions — not by working on their own in an ivory tower but by collaborating with fellow faculty and students in diverse departments. Corporate partners are often involved as well. In fact, the university’s close ties to the business world give research a practical, hands-on focus that sets Bentley apart from other schools.

Research at Bentley aims to change the world.
Rick Oches
Dean of Arts and Sciences

“People here do research that tackles issues related to society, the environment and the economy, in addition to real-world business questions,” says Rick Oches, dean of arts and sciences. “It’s not just about chasing citations in academic journals. It’s about, ‘How can we have an impact?’”

Oches himself just returned from 11 days in Iceland, where he, Associate Professor David Szymanski and a group of students examined connections between the country’s geologic environment and the renewable-energy economy. The ambitious bottom line, he says: “Research at Bentley aims to change the world.”

The work is highly collaborative. Students — both graduate and undergraduate — routinely conduct research of their own, working in close consultation with faculty advisers. The Jeanne and Dan Valente Center for the Arts and Sciences is a leading conduit of collaboration, as home to undergraduate research fellowship and assistantship programs as well as other research-oriented initiatives.

The collaboration crosses academic boundaries, mirroring the university’s approach to business education combined with the arts and sciences. Nan’s research on mobile money, for example, draws from fields including information systems, management and business analytics.

A business school might not be the first place you’d think to look for research, but at Bentley, it’s thriving. And the questions that faculty and students are collaborating to answer are anything but academic.

Are some people genetically predisposed to opioid addiction? 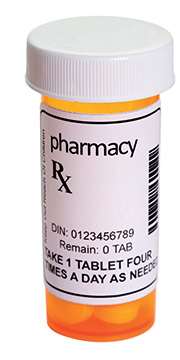 The U.S. Department of Health and Human Services declared opioid addiction a public health emergency in 2017. Estimates at the time showed that 11.4 million Americans misused prescription opioids; overdoses killed 130 people every day. Those numbers have only increased in the past two years.

As part of a three-year research partnership between Bentley and life sciences company Gravity Diagnostics, faculty member Chris G. Skipwith has been analyzing people’s DNA to determine whether genetics plays a role in opioid addiction. Based on the findings, he hopes to build an algorithm that can predict the probability of a patient becoming addicted, before opioids are even prescribed. He also wants to use analytics to calculate the best treatment options for those who are already addicted.

An assistant professor of natural and applied sciences, Skipwith is working with Miriam Boeri, associate professor of sociology, as well as analytics experts to build the algorithm.

“Collaborations across disciplines and across schools aren’t as common at other institutions, but Bentley fosters those connections,” he says, noting support by university leaders that gives faculty freedom to pursue multidisciplinary projects and helps them find funding.

The partnership with Kentucky-based Gravity Diagnostics developed through its CEO and president, Tony Remington ’92. The company aims to blunt the impact of the opioid crisis, he says, by identifying solutions that are cost-effective and achieve the best results. He believes that Bentley researchers are well-equipped to find those solutions.

“What makes Bentley powerful is that it’s a business-minded school. It’s nimble and flexible; they work quickly,” says Remington. “The professors understand there’s a need for research that’s applicable to the issues of today. They understand where the world is heading in terms of health care innovation.”

Skipwith joined Bentley five years ago after working at a startup company in biotech, an industry in which he is still active. He appreciates corporate interest in projects such as his and others underway at the university.

“A lot of the work I do can affect policy,” he says. “It can impact the training that is available for health professionals and it can affect clinicians and how they interact with patients. That’s our ultimate goal: to affect policy and how patients are treated.” 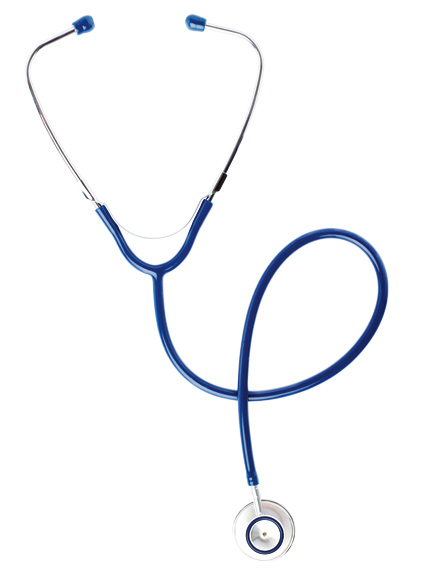 Funding for the National Institutes of Health (NIH) is a perennial topic on Capitol Hill. In 2017, proposed budget cuts prompted first-of-its-kind research at Bentley’s Center for Integration of Science and Industry. The study reviewed all 210 new medicines approved by the Food and Drug Administration between 2010 and 2016; every single one had early-stage research funded by the NIH.

The findings were published in the Proceedings of the National Academy of Sciences. It was the first research effort to measure the scale of public financial support in discovering and developing new drugs.

“As academics, we understand that the NIH is important and getting grants from it is difficult,” says Ekaterina Galkina Cleary, a research associate at the center and a lead author of the report. “We were afraid that the cuts would go through, so we wanted to look at the life-saving role of the NIH and demonstrate its importance.”

Bentley academics weren’t the only ones asking about the role of NIH in funding new medicines. U.S. Sen. Richard Durbin, an Illinois Democrat, had posed the question to NIH Director Francis Collins, who could only estimate a response — until Bentley researchers came through with hard numbers.

Cleary has been surprised by the attention, impact and influence the findings have had since publication. The Bentley research has been cited in Congressional hearings and in a letter to pharmaceutical CEOs signed by 60 Congressional leaders, in addition to being quoted in news articles and tweeted thousands of times, with some 4 million retweets.

Interest in their findings will likely remain high as budget battles continue. A report by the Congressional Research Service notes that, while the NIH budget has grown in dollar terms year over year, funding for the agency as a share of the gross national product has decreased steadily since 2003.

“We were just hoping that NIH and other scientific agencies would continue to be funded and their funds allocated to research that leads to life-saving medicines,” she says. “But we recognize now that our research has provided critical context for evidence-based public policy.” 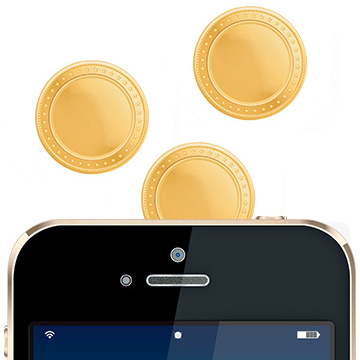 When Vince Nan came to Bentley from his native China, he was drawn in part by research underway by Professor M. Lynne Markus. She was studying the ethics of data analytics and artificial intelligence, a timely topic as society grapples with who is doing what with consumers’ data.

Starting his PhD program in 2013, Nan began looking at how digital innovation can economically transform societies. Later, he narrowed that focus to the growth of mobile money in sub-Saharan Africa and the social and economic improvements it has enabled.

Most people in that region have limited or no access to banks or other traditional financial services; instead, they rely on risky and high-cost informal approaches such as storing cash at home. Nan saw that the sharp increase in the use of mobile phones had given banking opportunities to people who had been shut out of formal financial services.

“Mobile money has become a must-have financial service for the poor as well as a nice-to-have for people with bank accounts,” says Nan. More important, he says: Mobile money has shown a clear ability to improve the standard of living for people in developing countries.

Nan’s research borrows from fields including information systems, management and business analytics. “That interdisciplinary approach widened my perspective and helped me look at the topic from different angles,” he says. “It helped me understand the issue from multiple dimensions.”

Markus, the university’s John W. Poduska Sr. Professor of Information and Process Management, has continued working closely with Nan as his research adviser.

This fall, with his PhD from Bentley in hand, Nan joins Salisbury University in Maryland as an assistant professor of information systems and operations management. He and Markus plan to continue their collaboration on a policy paper about mobile money.

“Mobile money has been around only for about 15 years; it’s an emerging phenomenon,” says Nan. “I hope this research can influence policy on how to make the best use of this innovation.”

Does discarded plastic end up in your seafood — and you? 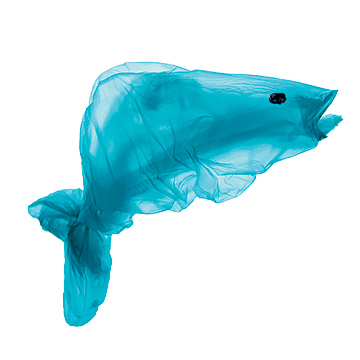 Eliza Wilczek ’19 spent much of her senior year in a campus science lab. The task at hand: breaking down dozens of dead jellyfish and then straining the remains to determine the quantity of microplastics — if any — the sea creatures had consumed while alive. Out of 122 jellyfish, 119 contained microplastics.

It’s a significant and worrying finding as scientists increasingly raise alarms about plastic pollutants found in the ocean.

Wilczek and Tatiana Naclerio ’21 pursued the project as student research fellows through the Jeanne and Dan Valente Center for Arts and Sciences, which provided stipends to cover their work. Betsy Stoner and Zoe Folchman-Wagner, lecturers in the Department of Natural and Applied Sciences, are leading the research.

“This is brand-new stuff,” says Stoner, noting that they hope to publish their results in the upcoming year. She expects the findings to attract interest in economic markets and environmental management circles, because jellyfish is a multimillion-dollar export for the United States.

“We don’t really know yet if microplastics have any negative implications for human health,” she adds. “But there is an emerging body of literature that suggests there could be a negative impact.”

Taking Insights on the Road

Naclerio’s experience includes a study in summer 2018 to determine whether pharmaceutical contaminants bind to microplastics in groundwater. Her findings showed that they do, and she and Wilczek presented their work at the 2019 National Conference of Undergraduate Research.

Wilczek, who graduated in May with a BA in Global Studies and minors in Business Studies and Earth, Environment and Global Sustainability, is planning to attend graduate school. Both she and Naclerio continued their research this summer.

“Compared to other schools, Bentley really emphasizes and allows opportunities for undergraduate research,” says Naclerio, a rising junior with majors in Management and Liberal Studies. “I think what I’ve been able to accomplish so far is amazing.”

Like the initiatives it supports, the Bentley Research Council runs on collaboration. Members of the seven-year-old council come from a cross-section of departments to provide intellectual leadership on research.

“Our group exists because research is essential to Bentley’s mission,” says council chair Rani Hoitash, the John E. Rhodes Professor of Accountancy. “We help ensure high standards of quality for research that takes place here, and we support faculty as they pursue their own work and advance the university’s overall research agenda.”

The council’s signature event is an annual research colloquium. Since 2012, scholars from Bentley and elsewhere have gathered to share findings and expertise on topics highly relevant to business and society as a whole. Examples include the business of health care, the future of work and, most recently, social justice and inequality.

“Issues like these have inspired a lot of great thinking and exploration at academic institutions,” says Hoitash. “We’re happy that Bentley can be a catalyst for conversations that generate new ideas and lead to solutions.”