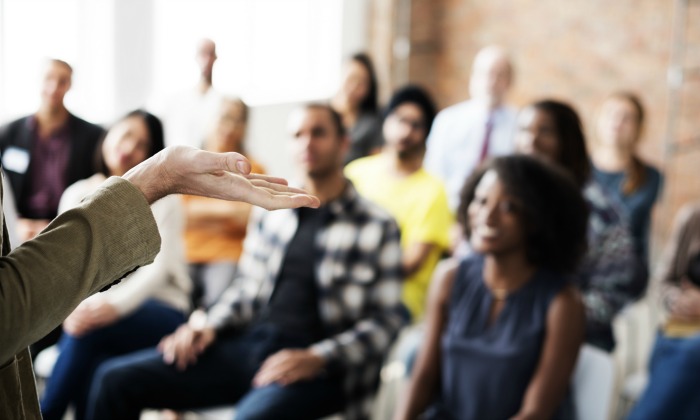 Rawpixel.com/Shutterstock.com
Workplace diversity is a complex issue. Learn what companies are doing to attract and retain female and minority candidates -- and what professionals should look for when job searching.
May 2, 2016

While women appear to thrive at entry-level positions, moving up the ladder is a different story. In fact, retaining women in the workplace has become increasingly harder for large companies.

This was the topic during a recent faculty/industry panel discussion organized by Bentley’s Center for Women and Business (C) in partnership with the Bentley Research Council.


“Women often come to organizations and outperform at the entry level,” Denny said. “The challenge comes three to five years in, when women look up and see no female leaders. There’s no one to tell them how to get there; this is the path to their success.”

(Get more advice on gender equality in the workplace from Bentley’s regular conversations on the topic with Bloomberg Radio.)

The discussion pointed to everything from cultural bias -- on both an organization’s and an individual’s part -- to underlying universal prejudices.

Berhané, Blancero and Denny identified ways that companies can create a culture that supports women and minorities, and what these groups should look for in employers:

Want to learn more? Read about Blancero’s seven recommendations to promote diversity in the workplace.