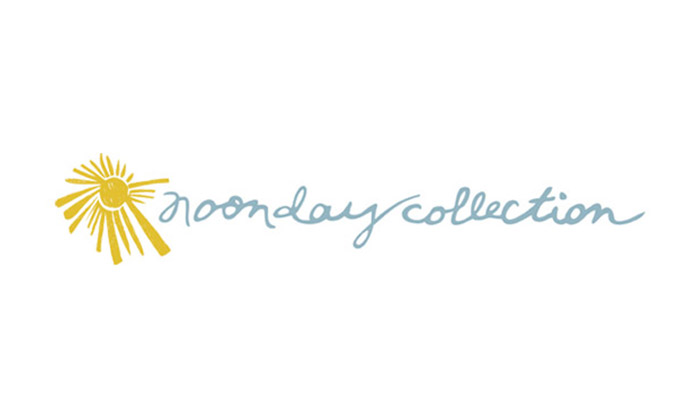 During the course of adopting their son from Rwanda, Jessica Honegger and her husband met a group of Kigali women affected by the genocide who wanted to start new lives but were struggling to find employment. The couple seized the opportunity to crowdsource microfinance funding among a group of friends and sponsored the women through sewing school. Honegger later sold the products made by those women as a way to raise money for her family’s own adoption expenses, at what became the first trunk show for up-and-coming fair-trade fashion brand Noonday Collection.

Now enjoying steady growth, with a full-time staff of 17 based out of its headquarters in Austin, Texas, throngs of part-time brand ambassadors across the country, and more than a dozen artisan-entrepreneurs in 10 countries, Noonday offers professional opportunities for women around the globe.

Honegger agreed to share with Bentley’s PreparedU project some insights into what makes Noonday a Company Where Women Thrive.

Learn more about all of our Companies Where Women Thrive.

Bentley’s PreparedU research suggests that women are far more vested in helping women succeed in business. Why is your company one of the best places for women to work?

The Bentley research also revealed that women and men disagree on who’s better at decision making. Do you see any differences?

Women are encouraged differently from men at an early age. Young girls are called “bossy” for taking charge, which can discourage them from wanting to be the boss or asserting themselves. And, yes, I think there are differences in the way men and women make decisions and process information. One way is not better than the other, but for example it means that women are traditionally more collaborative and want collective input. The best workplaces include both men and women at the table making decisions — in fact, companies with more than three women on their board earn 26 percent more in annual revenue than their competitors. So, we should embrace differences between the way men and women operate in all environments and always build on the strengths of the individual.

How much were you personally encouraged to go into business? Again, the Bentley research reveals that young women typically get much less encouragement than young men.

I have always been a go-getter. I was that girl who was called bossy, but though I never set out to start a business, I did have a passion for both fashion and family. So, when I started Noonday, it was in an effort to raise money to adopt my son using the beautiful accessories I had seen when traveling in Africa. What started as a fundraiser suddenly became a viable business. I was very fortunate to be surrounded by a community of friends and family who encouraged me greatly and continue to help me along the way.

Do you think the Confidence Gap is real?

Absolutely. In politics, women have to be asked seven times more than their male counterparts to run for office! That’s why we encourage all of our team members to participate in providing input and making decisions. We have a majority of women in all decision-making roles, so our team learns by example, seeing the way women operate as leaders. We also work to empower and encourage our team at all levels to provide input and to assert their thoughts about how we can make every part of the business better. We also work to have continual dialogue with our team about the state of company and to solicit input about what they need professionally to grow and feel happy in their role. We have had several employees who have taken on new roles as the company has evolved that are better suited to their strengths and their specific skill set.

Do you provide opportunities for your female employees to further their education through classes, conferences, or other opportunities?

Our ambassadors and artisans essentially run independent businesses, and we use Noonday’s business model to promote all of them so they can be successful. We have an ambassador manager whose entire job is provide support and help create new opportunities for those businesses. We also hold conferences and provide ongoing skills training to give ambassadors the boost they need to thrive. Our artisans are provided with startup financing, skills training, insurance for their products, and ongoing professional support to grow their product lines and businesses. We regularly visit our artisans around the world with a hands-on approach.

Does working in a company where women predominate make a difference?

Absolutely. We all naturally gravitate to others “like us” and working in a culture where women are the majority means having a safe place to learn and grow. It also makes it easier to feel like we don’t have to make excuses for things that women deal with related to raising families and juggling outside responsibilities. We are lucky to have a culture that promotes sisterhood and supporting other women.

Melissa Massello is a freelance writer, former startup executive, and serial entrepreneur who is passionate about supporting women’s leadership and gender equality, both in business and at home.