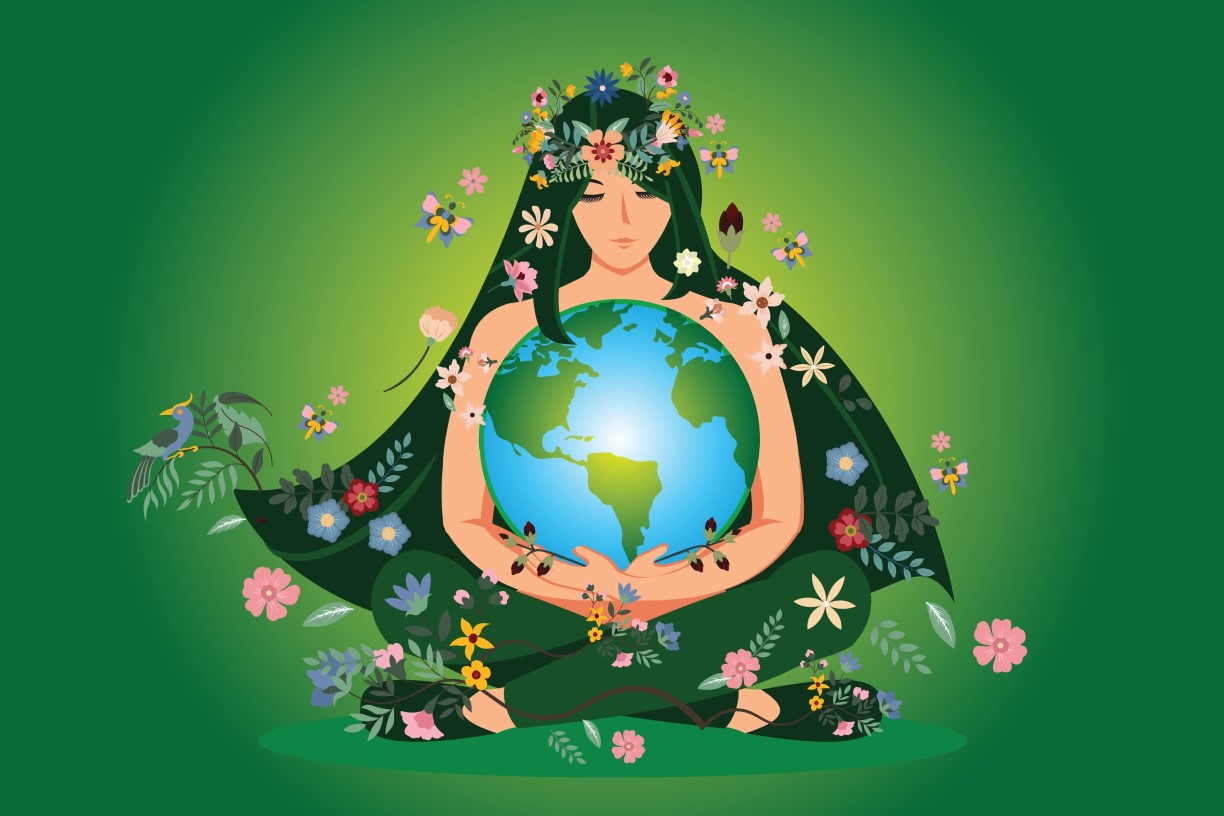 Is Ecofeminism the Answer to the Climate Crisis?

As a Marketing professor, Dobscha understands better than most how language can influence public opinion and consumer behavior. And in a new chapter in “The Routledge Companion to Marketing and Feminism,” she and co-author Andrea Prothero, of University College Dublin, argue that the widespread use of war metaphors to describe climate change has done little to advance sustainability issues. A more effective strategy, they contend, would incorporate ecofeminist principles of interconnectedness and collaboration. “Instead of ‘confronting’ the climate crisis, we need to ‘connect’ with it,” Dobscha says.

A WAR OF WORDS

“Perhaps no other metaphor in marketing has had more endurance than the war metaphor,” Dobscha notes. Indeed, military terminology is prevalent in the marketing lexicon, where companies launch strategic advertising “campaigns,” employ “guerilla marketing” tactics and engage in “price wars” to achieve victory in a business battleground where success is measured by market share.

This militaristic mentality has now “seeped into sustainability discourse,” Dobsha says, as evidenced by World War Zero, an initiative launched by former U.S. Secretary of State John Kerry in 2019. Characterized by the New York Times as a “bipartisan coalition of world leaders, military brass and Hollywood celebrities,” the group aims to raise public awareness of the dangers of global warming and achieve net-zero carbon emissions for the planet by 2050.

We cannot ‘beat’ the climate crisis by fighting the planet. It is our own behaviors and actions that need to change.
Susan Dobscha
Professor of Marketing

As indicated by its name, the coalition’s use of war metaphors is anything but subtle. In interviews, Kerry has framed the climate crisis as an issue of national security that requires the U.S. to “mobilize an army of people who are going to demand action now,” much like military and public support coalesced around American involvement in World War II following the attack on Pearl Harbor. Such bellicose sentiment is reinforced throughout the World War Zero website, which encourages visitors to “enlist” in the effort to “combat the climate crisis” and “win this war [to] create a better, healthier world.”

While such messaging successfully conveys the need for urgent action, Dobscha finds war metaphors like these problematic because they “perpetuate a patriarchal and neoliberal perspective.” Such rhetoric presents Mother Nature as an entity that must be conquered and constrained, evoking false dichotomies (masculine/feminine, human/nature, winning/losing) that obscure the true complexity of climate change: “We cannot ‘beat’ the climate crisis by fighting the planet. It is our own behaviors and actions that need to change.”

A philosophy conceptualized in the 1970s, ecofeminism maintains that patriarchal power structures rely on both the oppression of women and destruction of the natural world. It stands in opposition to neoliberalism — a pro-capitalist ideology that affirms competition as the defining characteristic of human interaction — and champions sustainability as a means of addressing social and economic inequity.

By recognizing that “nature and society are inseparable,” ecofeminism asserts that “societal stability is heavily reliant on the health of our natural surroundings,” Dobscha explains. Messaging that reflects this by emphasizing climate change’s threat to the survival of our planet and our species, she says, will prove more effective than war metaphors in “bringing about the systemic change required to address the crisis.”

This is largely because ecofeminism acknowledges and empowers women as agents of social change. “War has always excluded women from participating in combat roles,” Dobscha notes. “War oppresses both women and nature and thus even metaphorically should not be used to sell citizens on the idea of climate solutions.”

While Dobscha admits that “messaging alone is not enough” to fully resolve the climate crisis, she believes changing the narrative “can play a fundamental role” in bringing stakeholders together to collaborate on sustainability solutions.

Reframing the climate crisis around ecofeminist principles of interconnectedness, she says, will be instrumental in “shifting emphasis away from individual consumption choices (which inevitably fall on women’s shoulders to uphold) toward the patriarchal structures such as international commerce conglomerates (Big Agra, Big Pharma, Big Oil) that are the largest contributors” to climate change. In other words, “instead of making the consumers who are purchasing non-recyclable packaging the enemy, we must instead hold the producers of the packaging accountable.”

Ultimately, Dobscha says, “we are not at war with the planet,” and messaging that characterizes the climate crisis as conflict “pits people against each other.” Replacing war metaphors with ecofeminist messaging emphasizing peace and cooperation, she says, “will bear more fruit in changing society and addressing the climate crisis before it’s too late.”