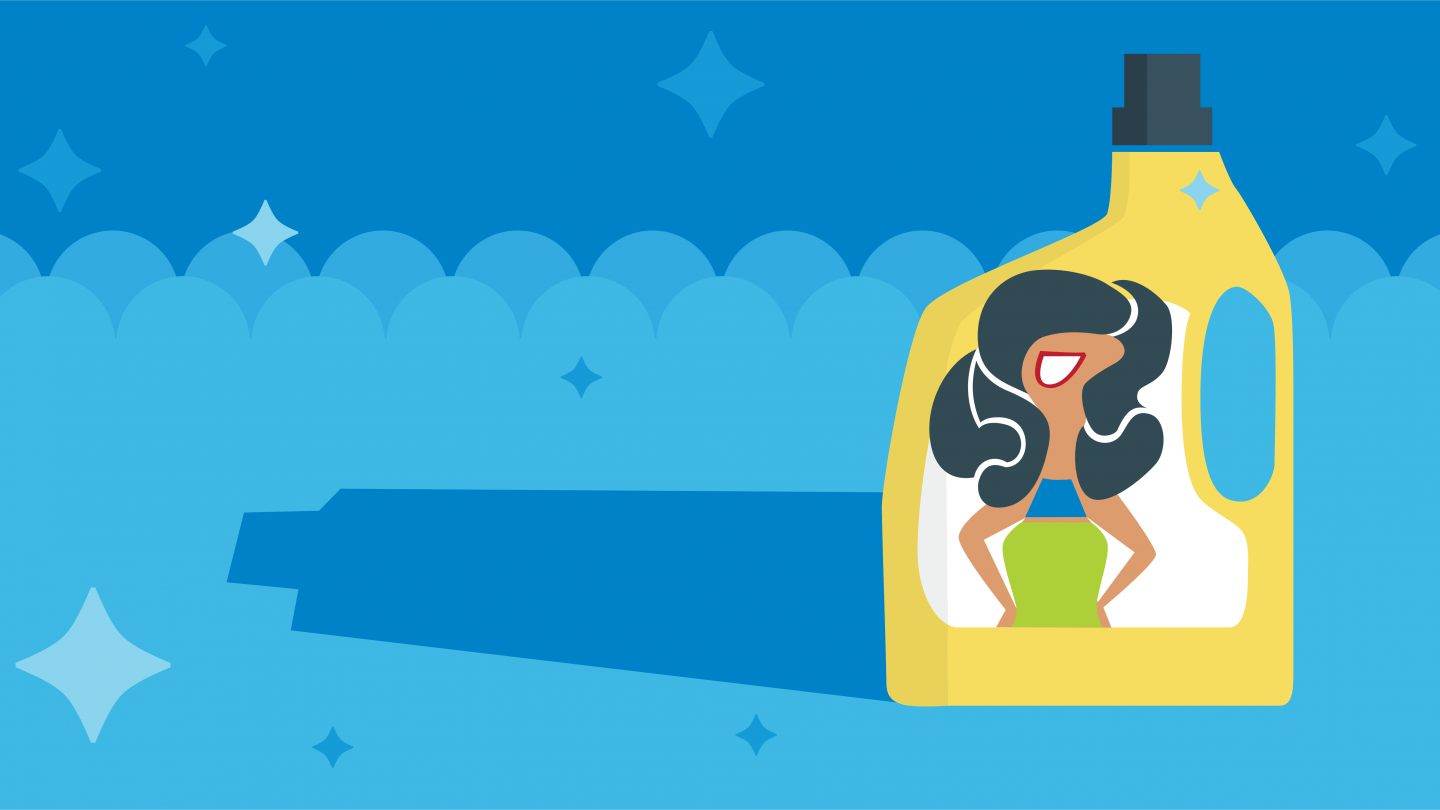 With his gleaming bald head, jaunty hoop earring and muscled, T-shirt-clad torso, Mr. Clean is easily America’s most iconic grime-fighter. And an exceedingly profitable one, too: Within six months of his 1958 commercial debut, Mr. Clean had become the nation’s top household cleaning product, and today ranks among parent company Proctor & Gamble’s most lucrative brands, with annual sales topping $1 billion.

But as Marketing professor Susan Dobscha explains, Mr. Clean’s success owes much to sexism. In new research published in the Journal of the Association for Consumer Research, she and her colleagues reveal how implicit gender bias — that is, automatic and involuntary associations about the physical capabilities and social characteristics of women and men — affects consumer purchasing decisions.

“Gender bias exists in our courts, education systems, politics, health care, and virtually every other social structure that impacts our daily lives,” says Dobscha. “So it’s no surprise it exists in marketing, too.”

Such bias results from cultural constructions of gender identity, which assert that women and men have fundamentally different needs, desires and behaviors. Hence the enduring stereotypes of men as confident breadwinners who enjoy cars and sports, and women as emotional caregivers fond of cooking and shopping.

Historically, companies have embraced this gender dichotomy in their marketing strategies. Entire product categories have come to be viewed as either masculine or feminine. Even when a product’s function is identical, its design, packaging and overall brand messaging rely heavily on gender tropes. Electric razors are but one example: sturdy and dark-hued for men, dainty and pastel-colored for women.

Like the actual products, brands can also be gendered. “The aesthetic choices companies make with regard to brand names, logos and messaging all contribute to consumer perception of a brand as having masculine or feminine qualities,”  Dobscha explains. Whether conveyed in words, colors or symbols, gender representation can heavily influence a consumer’s decision to buy a brand — especially if that consumer is a man.

In the 1970s, when scholars began exploring the role of gender in marketing, they discovered that women are willing to purchase both masculine and feminine products, but men are almost universally resistant to “female” brands. This implicit gender bias stems from the “precarious manhood” principle, which posits that men respond to perceived social threats by asserting their masculinity.

In other words, a seemingly mundane decision about which brand of potato chips to buy becomes an (unconscious) opportunity for male consumers to prove they’re “real” men.

Until now, companies have been content to maintain this status quo, defaulting to male brand representations to avoid social stigma or negative associations. “This implies that feminine brands will always be disadvantaged,” says Dobscha, “and that consumer bias will persist.”

But as her research proves, marketers can mitigate gender bias by employing a simple but effective strategy.

In a series of experiments, she and her colleagues studied how men and women responded to gendered representations of existing American brands. The researchers selected three gender-neutral product categories — green tea, board games and potato chips — and tested different gender representations.

In both experiments, men expressed a strong preference for male or neutral brands, regarding female versions as inferior. This effect was more pronounced for men whose surveys indicated more conservative views of women’s social roles. For women, gender had little to no effect on purchasing intentions.

The third and final experiment involved only men, who viewed an existing (male) or reimagined (female) mascot for Pringles potato chips — either on its own, or accompanied by agentic or communal messaging:

COMMUNAL: The _____ brand is first and foremost driven by consumer well-being. We care about each of our customers and we are sensitive to their needs, that’s why we make the products we do. By making the best products possible, we constantly strive to build exceptional relationships with our customers. At _____, we care!

AGENTIC: The _____ brand is first and foremost driven by crafting quality products. We care about controlling every aspect of production and we are focused on performance, that’s why we make the products we do. By making the best products possible, we constantly strive to reach exceptional quality standards. At _____, we forge ahead!

When images-only were shown, men strongly preferred the male brand, while mascots paired with communal descriptions were valued equally. However, when agentic messaging accompanied the images, men reported significantly higher purchase intentions for the female brand.

These findings have important implications, especially at a time when social expressions of gender identity are moving beyond a binary understanding to become more fluid and inclusive.

“Gendered brands are just another way in which we can see inequalities baked into our everyday lives,” Dobscha says. “Much like employers are attempting to combat implicit bias in the workplace, we need to educate consumers about their tacit gender assumptions. It’s time to ensure that male and female brands are valued equally in the marketplace.”