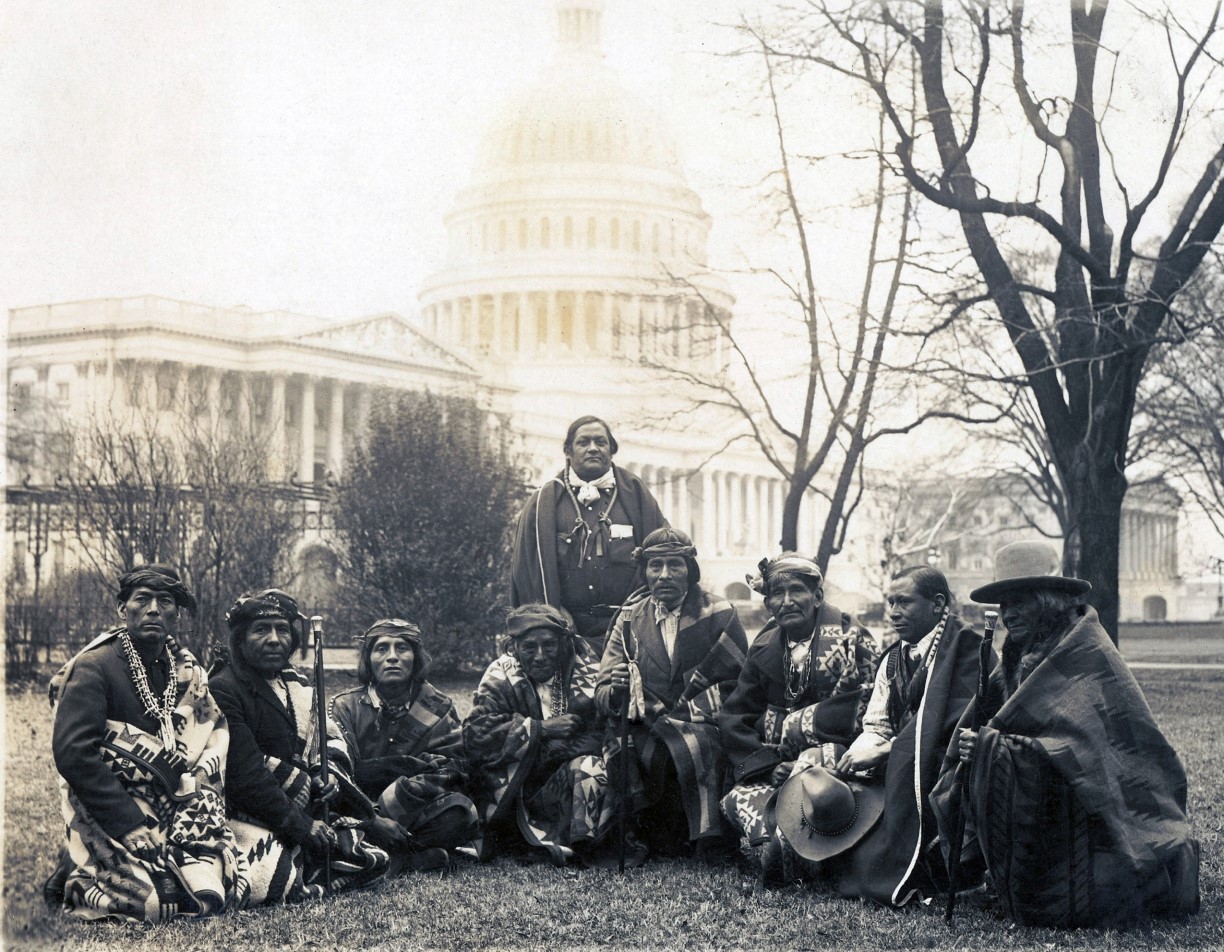 “The business of making money often takes priority over justice and legal principles,” David Missirian contends. And while the assistant professor of Law could cite countless historical — and contemporary — examples to illustrate this truism, he considers the plight of Native Americans, also known as Native Nations, to be the most compelling.

In a new paper published in the American Indian Law Journal, Missirian explores how the Eurocentric pursuit of economic prosperity shaped early Americans’ attitudes and actions towards Indigenous groups. Indeed, Christopher Columbus’ “discovery” of North America in 1492 was itself a by-product of Spain’s quest to find a more direct route to the spices, gold and other valuable commodities of eastern Asia. But as Missirian notes, “America had already been occupied for over 12,000 years and needed no discovering.”

Once European settlers arrived in the so-called “New World,” financial success remained the priority. Accustomed to agricultural economies, colonists naturally viewed land acquisition as essential for creating personal wealth. Their territorial claims were thwarted, however, by the fact that the land they sought was already occupied. From 1622 until the late 19th century, European colonists (and later, U.S. citizens) and Native Americans engaged in a series of conflicts, large and small, over property rights.

By placing Native Nations in a position of power, we both acknowledge their cultural importance to this country and honor their historic position as caretakers of the land.
David Missirian
Assistant Professor, Law

As Missirian explains, these physical battles were indicative of deeper ideological frictions. “Native Nations had no concept of land ownership or private property,” he says, noting that, despite the differences that did and do exist among member nations, virtually all viewed land as a communal resource. “They had a profound spiritual connection to the land, and felt obligated to protect and preserve what they considered to be sacred spaces.”

For European settlers, this notion was unfathomable, and their inability to understand and incorporate culturally different perspectives led to animosity. “Native Nations were perceived as a problem or inconvenience throughout the development of the United States,” Missirian explains. “At best, they were treated as children to be shepherded and looked after, and at worst, as objects to be bought, sold, or moved out of the way.”

While some Native Nations (reluctantly) chose assimilation, others fought fiercely to preserve their cultures and traditions. European Americans responded with a combination of vigilante justice — stealing livestock, looting and burning Native settlements, squatting on the land — and official sleight-of-hand.

The U.S. Supreme Court’s 1831 case Cherokee Nation v. Georgia is a prime example of the latter, Missirian says. The ruling, which denied Cherokee sovereignty and categorized Native communities as “domestic dependent nations,” also contained a “subtle yet critical land title distinction,” he notes. “In his carefully worded opinion, Chief Justice John Marshall states that the Cherokee occupy, not own, the land on which they live.” The Cherokee are thus characterized as “tenants who can be disposed at the pleasure of the landlord — i.e., the United States.”

Thus defined, the federal government could exercise its property rights and “evict” Native Americans from their ancestral lands. And it did, through legislation such as the Indian Removal Act, which led to the forced removal of approximately 60,000 Native Americans from southeastern states during the 1830s and ’40s. Nearly 4,000 perished as they traversed the arduous, 5,000-mile route, now known as the Trail of Tears, to present-day Oklahoma. Millions more were subsequently and similarly dispossessed, with devastating effect: By the end of the 19th century, the Indigenous population of the United States — estimated to be 10 million at the time of Columbus’ arrival — had dwindled to 300,000.

Although Missirian admits that contemplating history through a contemporary lens can be problematic, he feels Native American history offers few gray areas. Despite the equal protection clause of the Fifth Amendment, “Native peoples were never treated as equals, nor were their rights as a part of America’s culture upheld.” He therefore considers it critical for the U.S. to “acknowledge the genocide we perpetrated on Native Nations.”

Missirian believes reparations are an imperfect solution, as some Native groups were financially compensated, albeit unfairly, when the U.S. government seized their lands. And while he supports land acknowledgements, he believes Indigenous Americans deserve something more tangible. His suggestion? Amending the enabling statute for the Department of the Interior to replace its single Secretary with a triumvirate — at least one member of which must be of Native descent. “By placing Native Nations in a position of power,” Missirian explains, “we both acknowledge their cultural importance to this country and honor their historic position as caretakers of the land.”

He also wants to ensure that politicians and business leaders take heed of the larger lessons gleaned from this painful and problematic chapter of America's history. “As with many tragedies in history,” Missirian says, “the clash between white Americans and their Native American neighbors came down to not understanding and accepting differences.” This failure to consider other perspectives, he says, is what “causes leaders to make illogical and unethical decisions.

“The unfortunate truth is that domestic prosperity took precedence over domestic tranquility” in the U.S. government’s dealings with Native Americans, Missirian continues. “And people’s rights should always matter more than profits.”

RELATED: An update on Diversity, Equity and Inclusion at Bentley