From LEGOS to Python 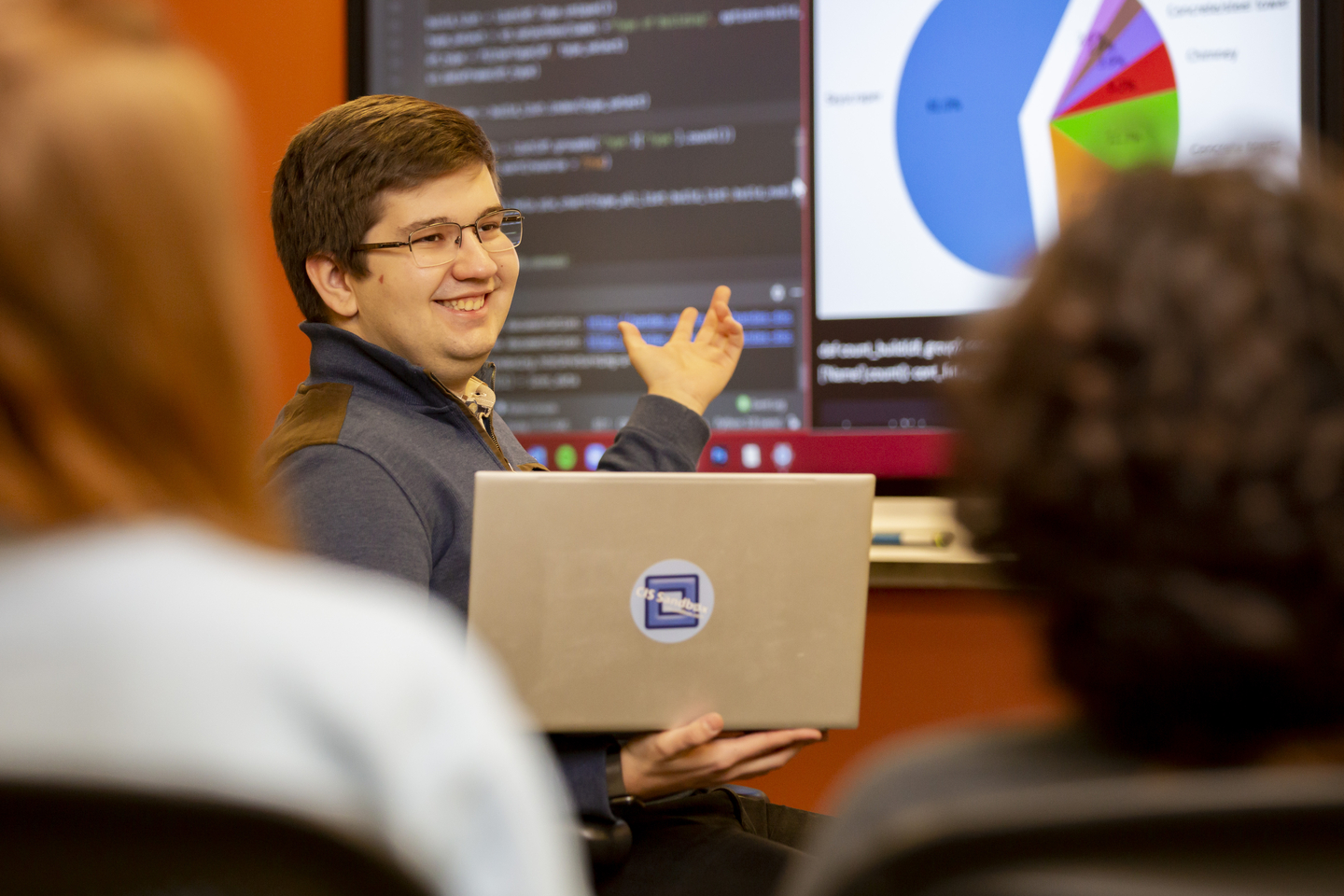 As a kid, Cem Özsümer ’23 was either building the latest LEGO set or sitting in front of a computer screen. Both helped him lean into an interest in creative problem solving that eventually led him to a Computer Information Systems (CIS) major at Bentley.

“There are many ways to approach programming; it's like solving a puzzle except you don't have a final picture and you have to build a structure in a very organized way,” says Özsümer, who is still a LEGO builder today. “I enjoy making things better.”

What drew Özsümer to Bentley was the opportunity to use a combination of computer programming and business to make things better. “You can spend hours in a room figuring out code, but the impact comes from being able to work with key stakeholders at a company to understand what the business will become in the future.”

Özsümer works on his technical and communications skills as a tutor in Bentley’s CIS Sandbox, particularly when he works with students who walk in intimidated by pages of code.

“A computer problem is a problem of logic within given requirements,” he says. “You need to lay everything in front of you and strategize each statement that works together. There are many paths one can take to solve a problem, and it’s important before starting to map it out to pick the route that works best to make sure you're not lost in the process.”

You can spend hours in a room figuring out code, but the impact will come from being able to work with key stakeholders at a company to understand what the business will become in the future.
Cem Özsümer ’23
Computer Information Systems Major

One of Özsümer’s favorite courses has been Introduction to Programming with Python (CS230). “Python is a very modern programming language and a bit easier than some other languages, and I think there's a lot of growth in that,” Özsümer says. “We used it to build anything from word bubbles to diagrams and graphs. The final project was to build a website. I like how you can use one language to approach different situations and accomplish results.”

LEGO bricks and websites aren’t the only things that Özsümer has built. When he arrived at Bentley from his hometown of Izmir, Turkey, on the Aegean Sea, he had to find ways to join a new community and culture. As a member of the Honors Program, he had an instant connection with his honors classmates. He joined the Student Honors Council as ambassador and was later elected vice president and president.

“The Honors Council works closely with faculty and represents the approximately 400 honors students,” Özsümer explains. “We also plan social events like movie nights and meet-and-greets, which is a mentorship program to help students transition into college and the Honors Program.”

As marketing director for the 2023 Class Cabinet, Özsümer manages social media for gatherings such as Bingo Night and the March Madness watch party. He also serves as a senator on the Student Government Association Information Technology Committee to foster dialogue about technology on campus to improve student life.

No matter the role — tutor, president, senator, computer programmer, student — Özsümer describes two key elements of his philosophy: “Be yourself and be inclusive. Everyone's voices should be heard.”

Inside the CIS Sandbox