About the International Film Series

The International Film Series has been bringing films to campus since 2006, helping to foster a film and media culture at Bentley that is globally oriented and socially conscious. The films are chosen with the aim of encouraging students to make connections between their lives at Bentley and larger global events, histories, and transformations, by a board comprised of members who represent half a dozen departments and offices on campus. Each film is introduced by a different member of the Bentley community who provides cultural context for the film’s production and reception, as well as its style and content. The film screenings are free and open to the public. 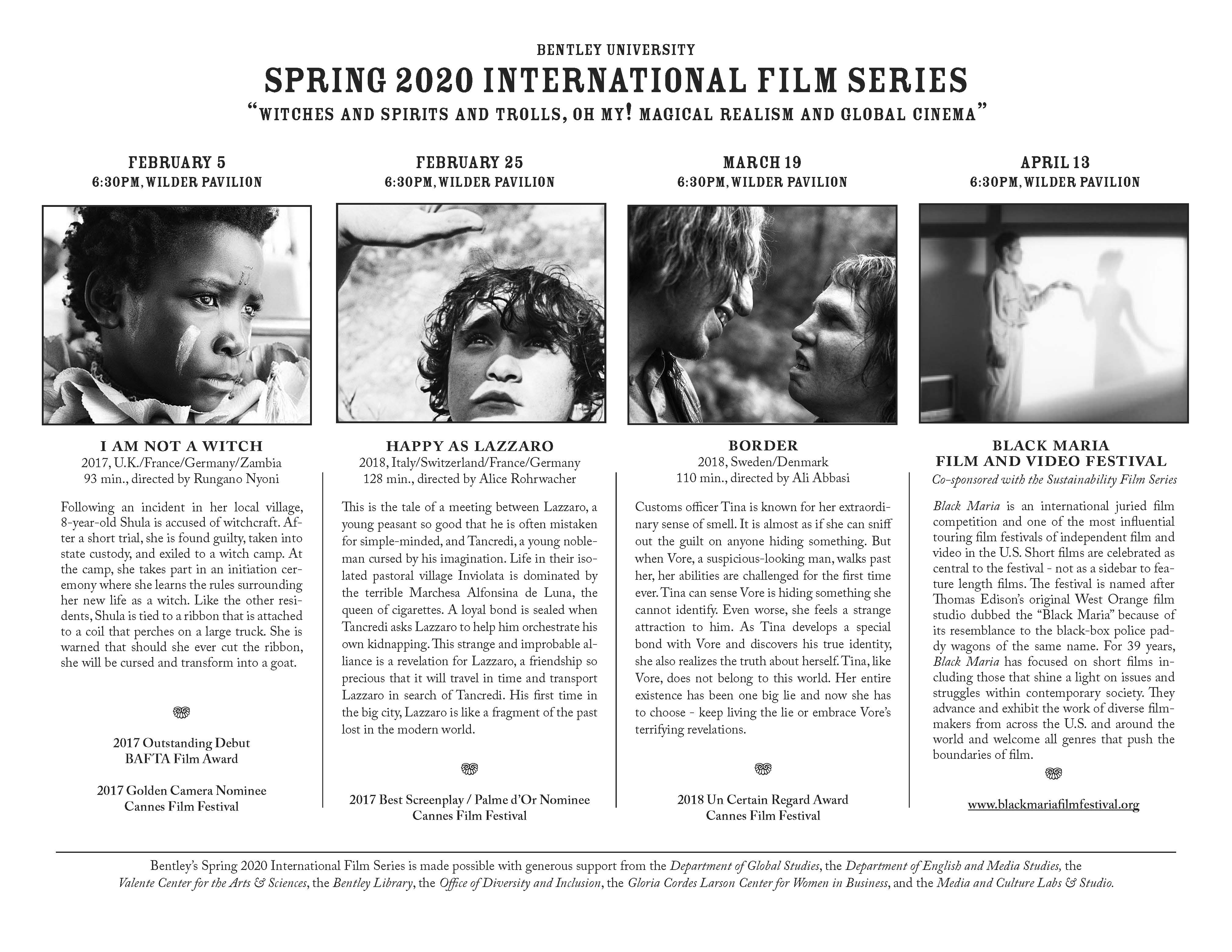 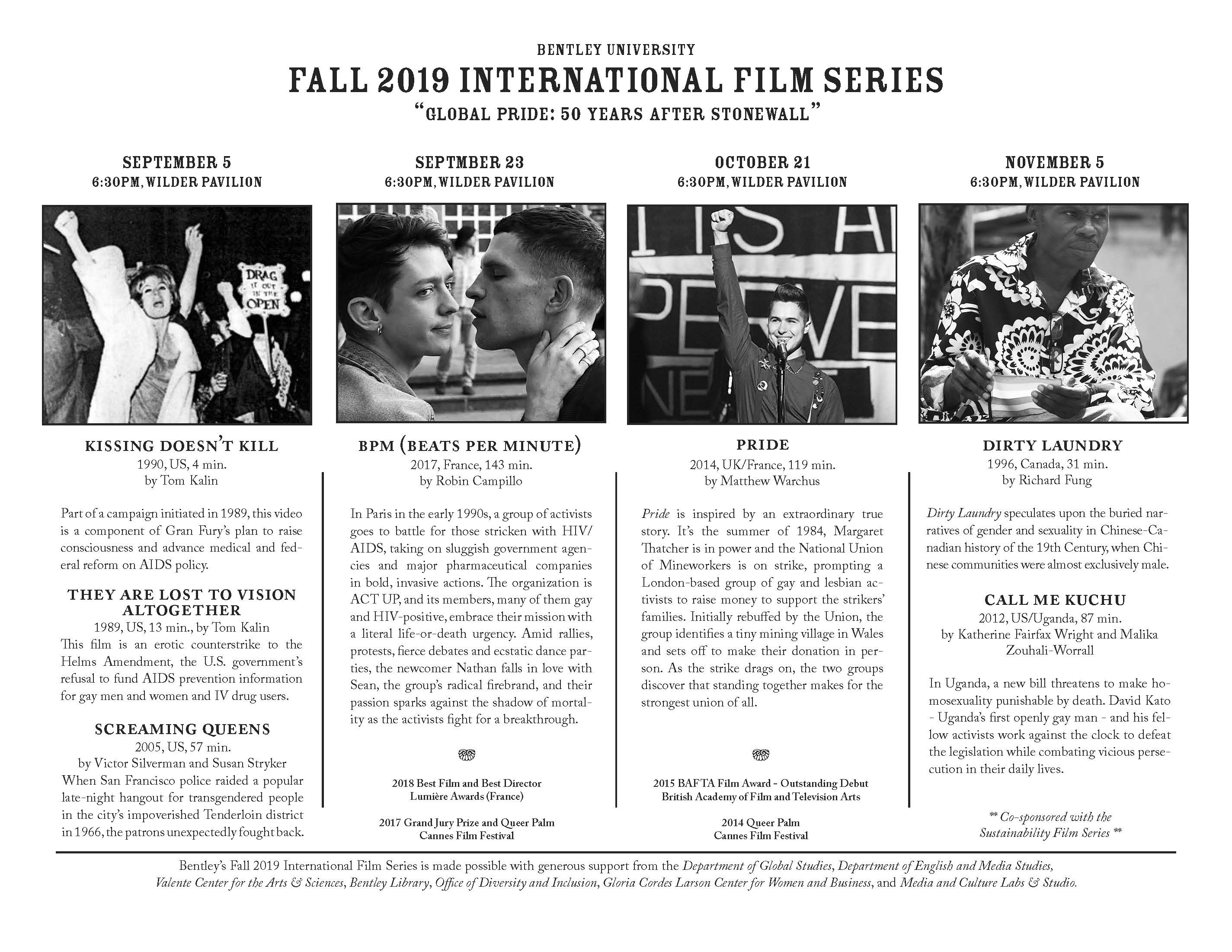 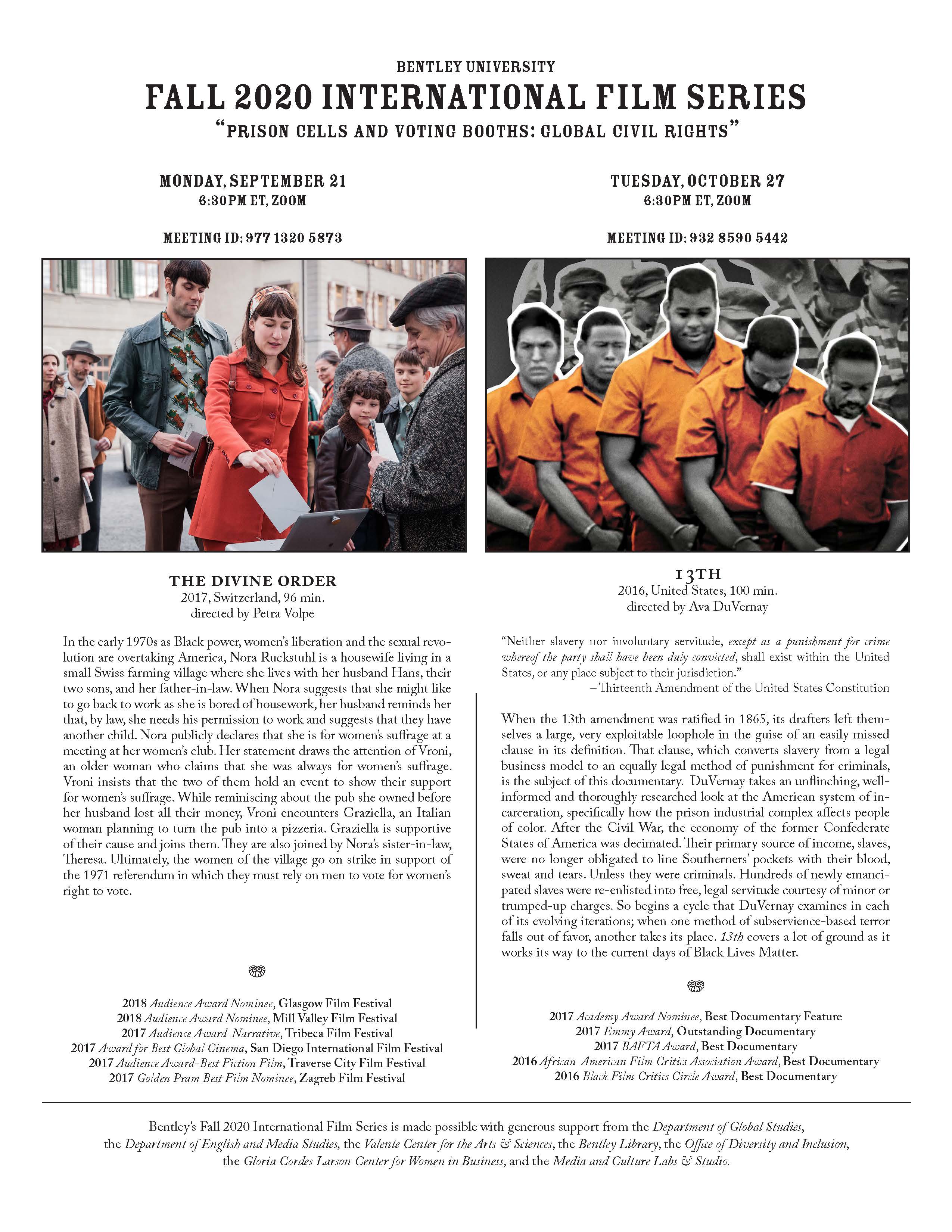 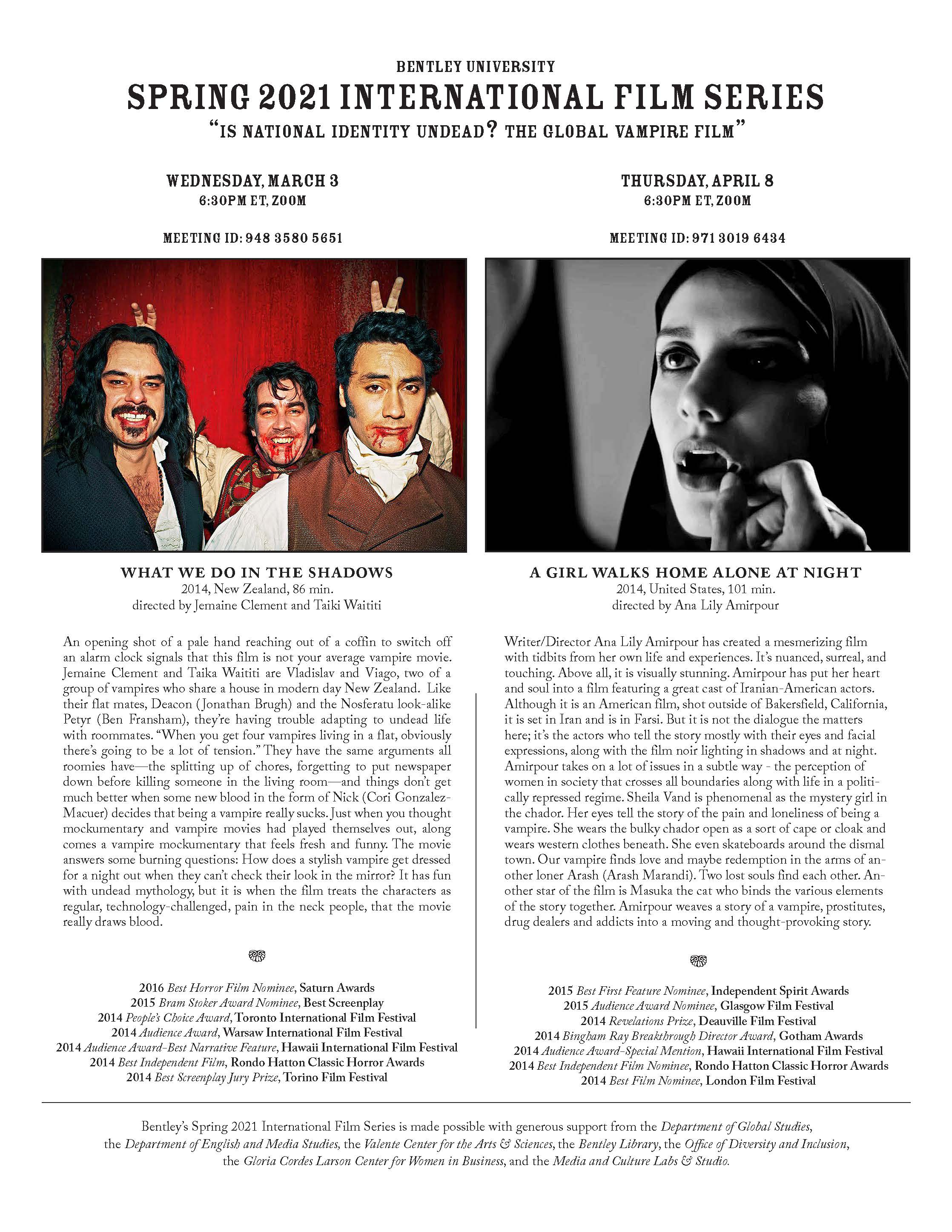