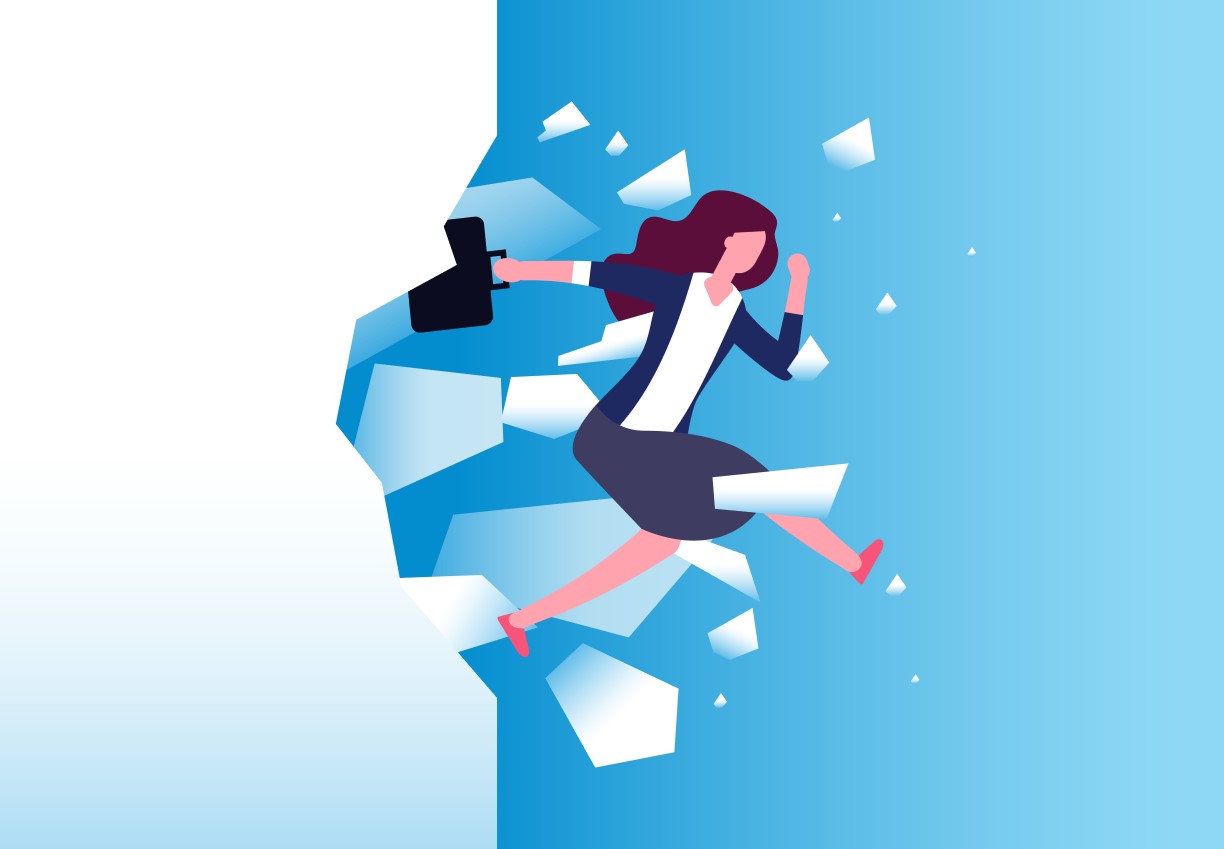 Pat Flynn will never forget the first time she interviewed for a corporate board position.

It was the late 1990s, and the Economics professor — who was also serving as dean of Bentley’s McCallum Graduate School of Business — was meeting the president of a Waltham-based business looking to add a woman to their all-male, all-white board of directors. A few minutes into the conversation, he smiled at Flynn and said, “It’s such a shame you don’t have kids.”

“My son would be surprised to hear that,” she responded wryly.

Wrong-footed, he offered this explanation: “Oh? Well, I see from your CV that you travel quite a bit and spend a lot of time doing research. I just figured you can’t do all of that and be a good mother, too.”

Although it wasn’t the first time Flynn had been on the receiving end of such blatantly sexist remarks, the experience inspired her to become a more outspoken advocate for equality in the boardroom. In 2003 she worked with The Boston Club, a nonprofit devoted to advancing women in the workplace, to create what would become a true catalyst for change: the annual Census of Women Directors and Executive Officers in Massachusetts Public Companies. Now in its 19th edition, the comprehensive report tracks the progress of women in leadership positions among the 100 largest public companies in Massachusetts.

By the Numbers: The Boston Club’s 2021 Census

Prior to the Census, Flynn says, The Boston Club had tried, with limited success, to pitch capable and qualified female candidates to fill open board positions. “It was depressing,” she recalls. “We had so many amazing women ready and able to serve, but we couldn’t convince companies to consider them.”

By introducing the Census, the Club hoped to document the dearth of women in leadership positions. “A few other states had compiled similar reports, and we felt it was time Massachusetts had one, too,” Flynn explains, noting that she and colleague Toni Wolfman, then executive advisor for Bentley’s Center for Women and Business, worked together to create the initial report, and continue to collaborate as co-authors today. “Then, as now, we were guided by the belief that ‘What gets measured, gets done.’ We felt that if we could focus public attention on the issue, then companies would be incentivized to change.”

In early November, the Club released its 2021 Census, entitled “Breaking Barriers.” Flynn acknowledges that “while some unmet goals still exist, there’s cause for celebration in several key areas.”

Transparency and accountability are key to advancing board diversity, because they can still put pressure on firms despite not being regulated.
Cynthia Clark
Professor of Management

WHERE WE ARE TODAY

First, the good news: There are more women in leadership positions than ever before among the state’s 100 largest public companies. In 2021, 27.7% of board seats and 20.9% of executive officer positions were held by women. There were also no “zero zeros,” a now-famous term coined by the Census to indicate companies that have no women in either their boardrooms or executive suites.

What’s more, 47 of the largest 100 companies have at least three women directors, which experts consider a “critical mass.” As Cynthia Clark, professor of Management and co-author of the Census for the past three years, explains, “The number of women in the boardroom does make a difference. Three seems to be the magic number, ensuring that women aren’t viewed as outsiders and that their voices and ideas are heard.”

Another bright spot this year: An increase in racial diversity. Among the 88 returning companies (those included in both the 2020 and 2021 reports), 39 of the 77 newly elected directors are people of color. This includes both women and men, marking the first time the Census has gathered demographic data for men of color.

RELATED: The Future of Finance is Female

Despite this success, however, Flynn and Clark both note there’s still a long way to go. “In our first Census, women accounted for just 9.0% of board seats and 9.2% of executive teams,” Flynn says. “While we’ve nearly tripled that today, it’s taken us 20 years to do so. The fact remains that, in 2021, more than 70% of corporate directors and executive officers are men.”

So how can Massachusetts move the needle further? One way is to implement term limits for board members. “Without term limits, there’s infrequent turnover,” Clark explains, “which means fewer opportunities to increase board diversity.”

Mandating disclosure of board demographics in companies’ proxy statements is also imperative. Clark notes that California recently passed a law requiring all public companies based in the state to have at least one female board member, and that the Nasdaq has enacted a “comply or explain” rule that requires companies to have at least two diverse board members (self-identified by gender, race, or LGBTQ+ status), or publicly account for their failure to do so.

“Transparency and accountability are key to advancing board diversity,” she says, “because they can still put pressure on firms despite not being regulated.” That’s one reason why this year’s Census includes a sample matrix companies can use to report the gender, race and ethnicity of each board member, as well as their specific skills and expertise.

As Flynn sees it, “This matrix reflects our belief that ‘what gets measured, gets done.’ It provides relevant information on various aspects of board composition in a single place, making it easily accessible to shareholders, employees, and others interested in the governance of a particular company.”

“Younger board members are often more aware of the importance of board diversity,” Clark says, and can help make a difference by encouraging companies to publicly disclose demographic data.

John “Jack” Lindberg ’21 had an essential role in producing The Boston Club's 2021 Census.

The Business Economics and Liberal Studies: Quantitative Perspectives double major was tapped by Cynthia Clark, one of his professors, to collect and compile all of the data needed for the annual report.

“I wasn’t too sure what to expect coming into this project,” admits Lindberg, who now works as a research associate for a Lexington, Mass.-based pharmaceutical consulting company. “I’d heard about initiatives to get more women and people of color on boards, but didn’t think much about it beyond ‘Hey, that’s a good idea.’”

Now, he says, he has deeper appreciation for the importance of board diversity. “A diverse board not only welcomes more voices into the boardroom, it also encourages everyone to speak up more — thus cultivating a more collaborative work culture.”

Lindberg is grateful to Clark for providing the research opportunity. “She knew that I hope to one day get a PhD and become a professor. Participating in academic research like this is great preparation for the future.”