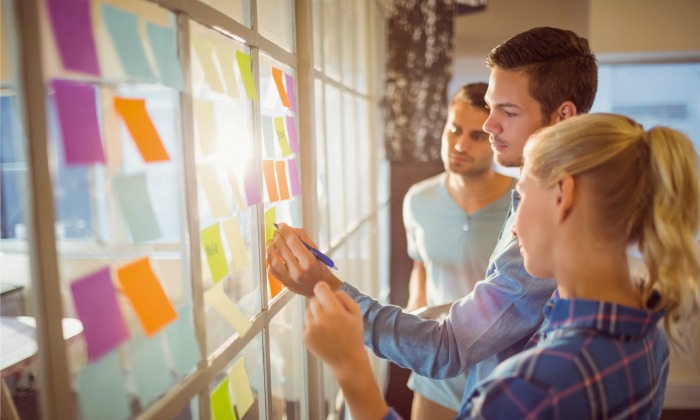 How Being Creative at Work Helps Your Career

Why creativity is important to career success, with advice and activities from a Bentley University professor on how to embrace it.
March 9, 2016

Nurturing your creativity is a must for success in any career. People with innovative ideas are highly valued in the global marketplace, and to be one of them you must think in fresh and unexpected ways. 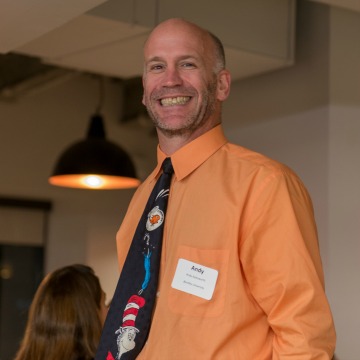 Adopting certain practices will help you develop the right mindset, according to Andy Aylesworth, an associate professor of marketing at Bentley University.

“We’re all born creative. We’re all here to exercise that creative muscle,” Aylesworth told Bentley alumni at a recent creativity bootcamp event in Boston, run by the Alumni Association.

The businesspeople were there to develop that strength and put it to use in the workplace. “I want to get some creative ideas to possibly bring back to the firm,” said Allison Glenn ’09, who majored in marketing and now works at Goulston & Storrs.

Accounting major Michael Abrahams, ’77, MBA ’84, who has spent his career managing finances at the state’s Department of Conversation and Recreation, said he wanted to learn to look at old problems in new ways.

We’re all born #creative, says @bentleyu prof. Learn how to make #creativity work for you at work.

The event offered exercises and lessons that will help you become more creative — and use that skill to get ahead in your career:

No matter what career you’re in, creativity is a skill that will benefit you and the company you work for.

“The way this works out in creativity and in business is if you go to a meeting thinking you have the solution — rather than part of the solution —you aren’t allowing anyone else to be creative,” shared Aylesworth.

How did you do with the creativity activities? If you need some more help in the creativity department, it might be time to go to grad school. Learning new ideas and being around like-minded students and professors might just the jolt you need.