After graduating from Harvard College and serving as a Communications Officer on a Destroyer in the Pacific during World War II, Mr. Casey graduated from Harvard Law School in 1948 and went straight to work for Simpson Thacher & Bartlett, one of the largest Wall Street law firms. He specialized in litigation until he was appointed Law Assistant to the Surrogates’ Court for New York County where he served form 1954-1956, returning to Simpson Thacher & Bartlett. In 1961 he joined Scudder, Stevens & Clark, one of the Country’s oldest and largest independent investment managers, where he managed client investments, directed the Legal and Public Relations Departments, played a key role in incorporation and restructuring of the firm, served as an officer and director of investment companies and held industry leadership roles. In 1971 he was appointed a general partner and in 1985 a managing director. 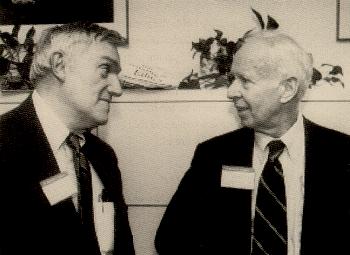