Forty years ago, in 1976, Prof. W. Michael Hoffman founded the Center for Business Ethics at Bentley University. In doing so, he helped usher in a movement that spread across the worlds of business, academia, and government.  On July 25 to 26, 2016, the Center celebrated this landmark by holding a two-day conference that featured the works of many of the Visiting Scholars who, for decades, have come to pursue their research at the Center, as well the Center’s Verizon Visiting Professors who are among the most highly regarded scholars in the field.

During the program, 32 papers were presented by 38 scholars, from 12 countries, including: Australia, Austria, Chile, China, Colombia, Ecuador, Germany, Israel, Italy, Spain, Switzerland, and the United States. Conference attendees came from these counties and others in Asia, the Middle East, and Europe, as well as from across the United States.

The Conference was attended by some 200 participants and about 250 guests attended the Gala Dinner.  Keith Darcy, President of Darcy Partners, Inc. and former Executive Director at the Ethics and Compliance Officer Association (now ECI), served as the evening’s master of ceremonies.  He was joined by the Center’s founder Mike Hoffman and Bentley President, Gloria Larson, who delivered the keynote address. Altogether, over a dozen speakers both from the podium and the floor all shared anecdotes and accolades describing the countless ways in which the Center had contributed to the advancement of the field of business ethics. Through it all, the recurring theme was the personal contribution Mike Hoffman made over four decades in moving business ethics from obscurity to center stage. Today, there is no country that has not been impacted by the business ethics movement.  It was fitting, therefore, that the evening came to a climactic close when President Gloria Larson returned to the podium to announce that with the support of the University’s Board of Trustees, henceforward the Center for Business Ethics would be renamed the W. Michael Hoffman Center for Business Ethics.

This was not only a powerful conclusion to a night of celebration, but also a fitting testimony to a man who has dedicated his life to a movement through the center that now bears his name.

The Hoffman Center for Business Ethics wishes to express its gratitude to all the sponsors of the 40th Anniversary Conference and Gala Dinner — specifically to the event’s primary sponsors the Raytheon Company, the co-sponsors, which were the Office of the Provost at Bentley University, PwC, TIAA, and Verizon Communications, and contributing sponsors, Bon Secours Health System, CA Technologies, the Ethics & Compliance Initiative, and LRN.  The Center would also like to express its deep appreciation for the very many Bentley departments and people who were instrumental before, during, and after to make this two-day Conference and Gala Dinner such a resounding success. 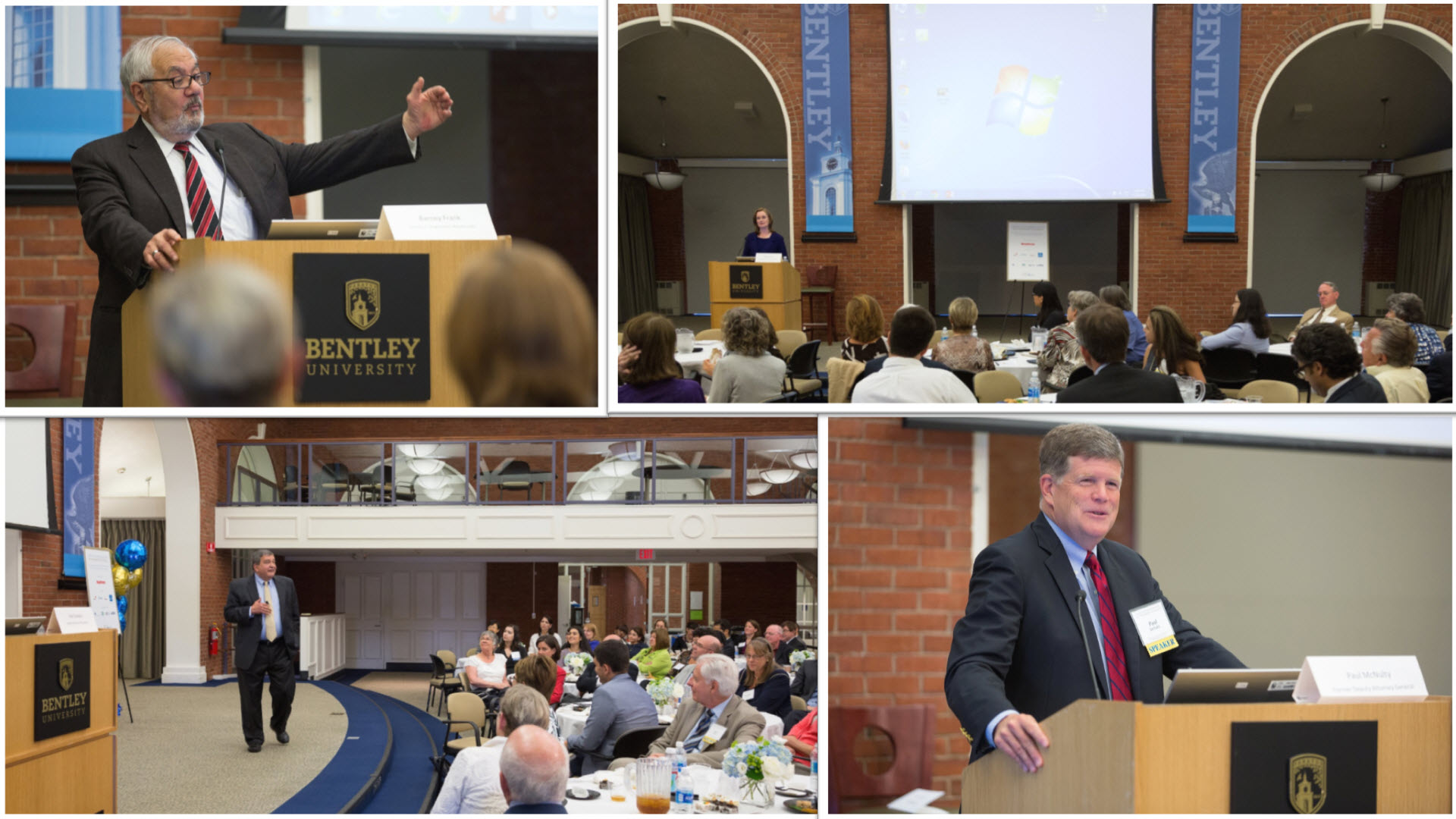