Cryptocurrency? First, they scoffed. Now they call him ‘CryptoKimm’

Alex Kim ’22, MSF ’23 creates one of the first student-led blockchain groups in the U.S.
by Kristen Walsh 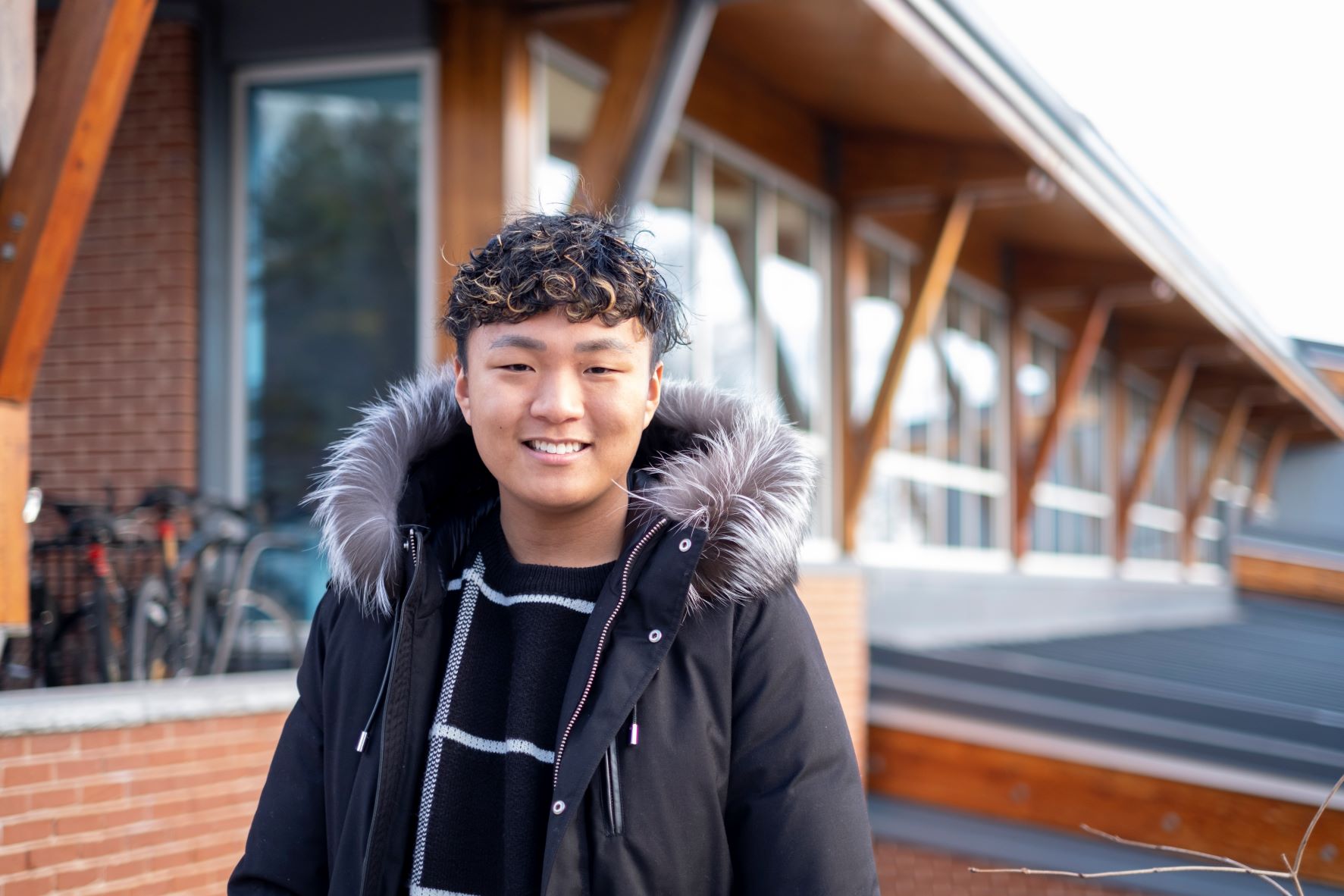 Alex Kim ’22, MSF ’23 always liked economics and business. But five years ago, when a friend’s parents started talking about a new type of digital currency called “Bitcoin,” his interest was piqued.

So Kim dug deeper, learning everything he could by watching YouTube videos and reading academic white papers. He spent countless hours to absorb technical concepts like “nodes” and “proof-of-work systems.” By the time he enrolled at Bentley a couple years later, he was hooked, talking about Bitcoin and blockchain technology to professors and classmates whenever he had the chance.

“Bitcoin is a revolutionary peer-to-peer electronic currency system,” Kim explains, “so instead of relying on a central bank these transactions go through millions of computers or ‘nodes’ around the world that record and verify transactions in a real-time ledger called the blockchain.”

An advantage of this decentralized financial model is it gives Black, Latino and other underrepresented groups who might be turned away by traditional banks and investment firms more access to loans and generational wealth.

“At first my roommates and friends didn’t think I was making a lot of sense talking about Bitcoin," Kim says. "But a few months later they realized that there was big potential for it. They realized they couldn’t ignore it anymore.”

Kim’s passion for cryptocurrency, non-fungible tokens (NFTs), the metaverse and decentralized finance (DeFi) kept growing. He developed a free 90-page beginners' cryptocurrency guide, one of a few free resources on his Linktree. The Economics-Finance major began using Instagram to share cryptocurrency-related news updates and his opinions on the market. His internet persona “CryptoKimm” became a nickname in real life, too. On any given day, students would approach “CryptoKimm” around campus to ask him for advice or more information about his posts, intrigued by his perspective on cryptocurrency and blockchain.

"Those interactions – and the more than 20 messages I was receiving on Instagram every day – made me realize that other students shared my passion for learning about blockchain and cryptocurrency, too," Kim recalls. "So I decided to organize a club that would bring together like-minded students. Less than a month later, the Bentley Blockchain Association, one of the first student-led blockchain groups in the nation, was born."

Monir Jalili, assistant professor of Management, taught Kim in her Marketing and Operations Fundamentals course. Jalili said blockchain technology is being adopted in many areas of business, including accounting, finance, marketing, supply chain, law and others. When Kim asked her to join the Bentley Blockchain Association as an adviser, Jalili said it was a "no-brainer" and quickly agreed.

"Creating a space where business students can learn about this disruptive force of technology in the business world will be a great strategic asset for Bentley," she said.

"Partnerships between the Bentley Blockchain Association and outside groups help educate and inspire others about a technology that could impact their future, both personally and professionally," Kim says.

Last month, Kim’s passion for blockchain took him to London, where he co-hosted DeFi Live, a conference about the decentralized finance space. He organized and moderated panels on topics like working in crypto and privacy in the digital economy. Offered free to college students, the event was live-streamed to more than 2,000 virtual attendees, including Kim’s fellow Bentley Blockchain Association members back home. 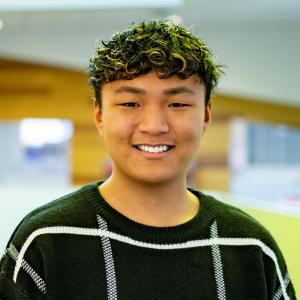 At first my roommates and friends didn’t think I was making a lot of sense talking about Bitcoin. But a few months later they realized that there was big potential for it. They realized they couldn’t ignore it anymore.
Alex Kim  ’22, MSF ’23
Founder of Bentley Blockchain Association

As he continues to pursue his studies, Kim stays active in the metaverse, hosting events, managing marketing for NFT launches, and working on a contract basis for DeFi startups. Curiosity is what keeps him inspired — about digital assets and also about Bentley. He is participating in Bentley's Advanced Standing in Finance program and will earn a Bachelor of Science in Economics-Finance and a Master of Science in Finance in four years.

“Bentley is such a tightknit community of people who are willing to learn about new things,” Kim says. “It’s how Bentley excels in its education because students can migrate toward different groups and meet new people and then bring together different ideas and apply them to wherever they are right now.”

At Bentley, there is strong interest in the Introduction to FinTech course, where students get an overview of financial technology including NFTs and cryptocurrency. Lecturer in Finance Anurag Wakhlu teaches the course and says that internships and jobs in cryptocurrency are "exploding," like the increase in the data science field 10 years ago. He is planning a new class for fall 2022 focused on blockchain and its business applications, including crypto finance.

Read the Q and A