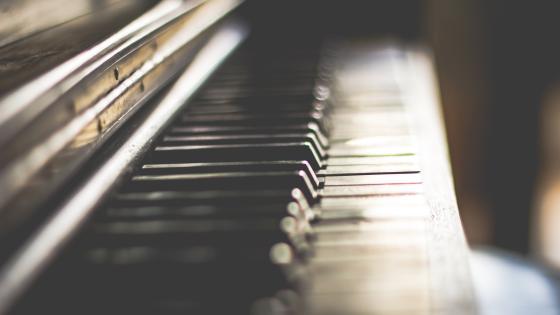 Designing a voice user interface is easier than you may think Elizabeth Rosenzweig was selected as a member for the CHI 2030 Visioning Task Force - May, 2019

Peter McNally was awarded for his submission to the UXPA Boston 2019 UX STRAT Challenge - May, 2019

Bill Albert was on the panel for "Creating a Customer Centric Culture"
NextGen Customer Experience - March, 2017

Your Employees' User Experience Should be a Business Priority
Article authored by Elizabeth Rosenzweig, published in Strategy+Business Magazine - February 29, 2016

Can't We All Just Get Along
Presented by Christopher Fry and Elizabeth Rosenzweig at South by Southwest Interactive Conference, Austin, TX - March, 2014

Is That Really Me? A Case Study in Measuring Emotional Engagement of Customers Using a Virtual Dressing Room in an e-Commerce Website
Bill Albert and Jessica Marriott presented at reCON19 at Bloomberg LP on October 5th, 2019

Is Closed Card Sorting an Outdated Technique for IA?
Authored by David Juhlin, published in the Optimal Workshop Blog - March 25, 2016

How Sure Are We? The Predictive Power of Early UX Evaluation Methods on Live Site Performance
Presented by Bill Albert at World IA Day in Boston - February 20, 2016

Usability Testing: Lessons Learned and Looking to the Future
Keynote presentation given by Bill Albert at ErgoDesign 2015, Recife, Brazil, June 11, 2015

The Fox Guarding the Usability Lab
Bill Albert published this editorial in the Journal of Usability Studies - May, 2015

Role of Metrics in a UX Strategy
Presented by Bill Albert at ConveyUX - February, 2014

The Impact of Advertising Location and User Task on the Emergence of Banner Blindness: An Eye Tracking Study
Marc Resnick and Bill Albert, International Journal of Human Computer Interaction - January, 2014

The Impact of Advertising Location and User Task on The Emergence of Banner Blindness: An Eye Tracking Study
Presented by Marc Resnick and Bill Albert at HFES - October 2013

On the Go: UX for Mobile Devices
Tutorial hosted by Elizabeth Rosenzweig at HCI International 2019

Wireframes for Design and Testing
Presentation by Elizabeth Rosenzweig to the Business Forms Management Association, May 2016

You Can't Buy It If You Can't Find it
Presentation by Bill Albert at the Conversion Conference, Las Vegas - May 18, 2016

Content is King…as Long as Your Visitors Find It
Presentation by David Juhlin at Gilbane, Boston, MA - December, 2014

Qual vs. Quant: The Ultimate Smackdown
Elizabeth Rosenzweig presented at UXPA Boston - May, 2018

Moving your UX Career to the Next Level
Keynote presentation given by Bill Albert at UX Hong Kong - February, 2017

The Future of UX: Is Technology Leaving Us Behind?
Panel hosted by the UXC in collaboration with UX Magazine, Waltham - June 8, 2016

The Human Factor: Why Technology Should Adapt to People, and Not the Other Way Around
Article featuring the Bentley UXC, Metro, March 18, 2016

A Comparison of the Performance of Webcam vs. Infrared Eye Tracking Technology
Presented by Liz Burton and Bill Albert at HFES, Chicago, IL - October, 2014

Walmart, Jobs, and the Rise of Self-Service Checkout Tech
Bill Gribbons was quoted in this ComputerWorld article - January 2013 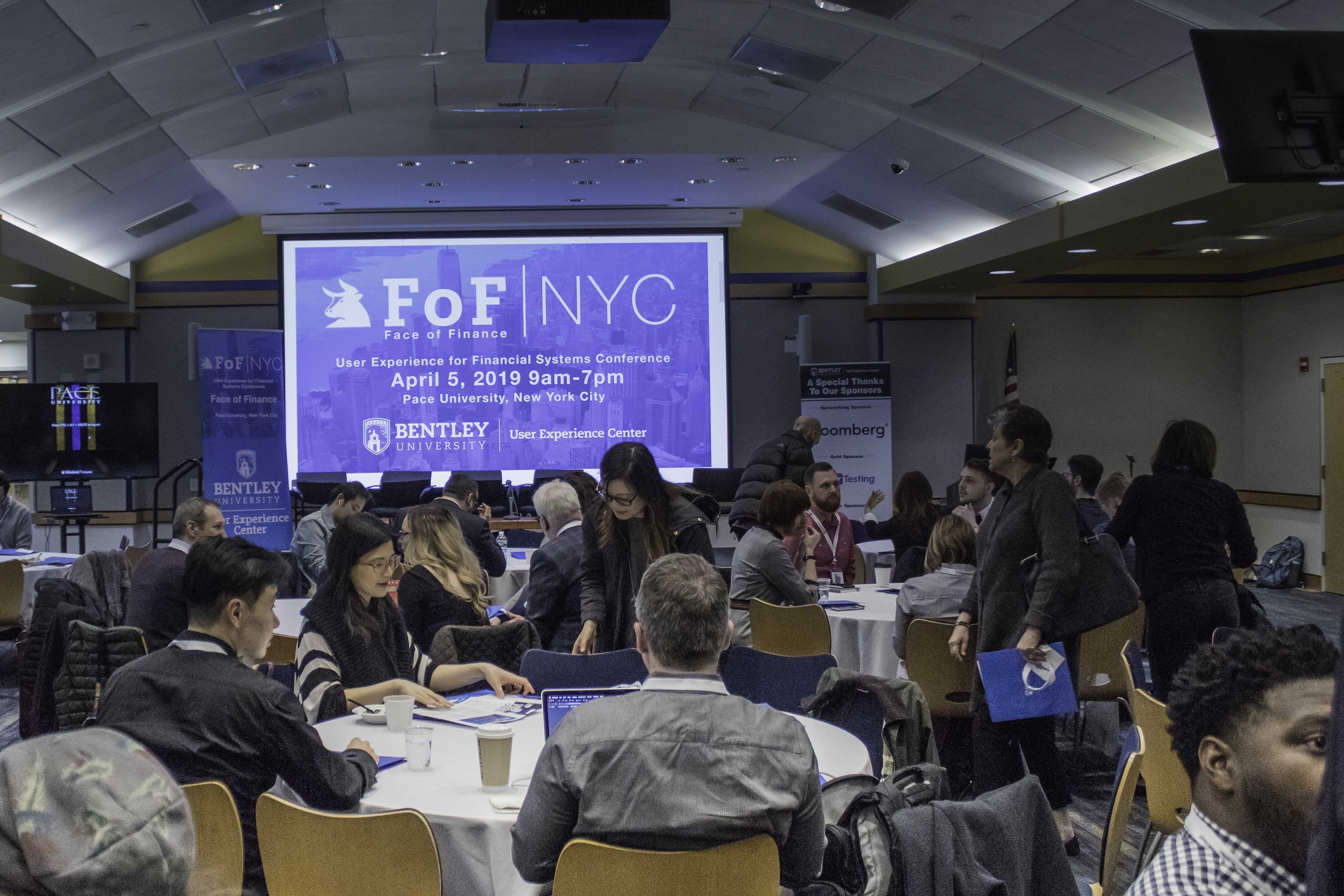 We organized the Face of Finance NYC 2019 conference, dedicated to the current trends, meaningful stories, best practices and key takeaways for User Experience (UX) professionals in the financial services industry. With 162 attendees and 16 speakers over 11 hours, the conference was a great success! 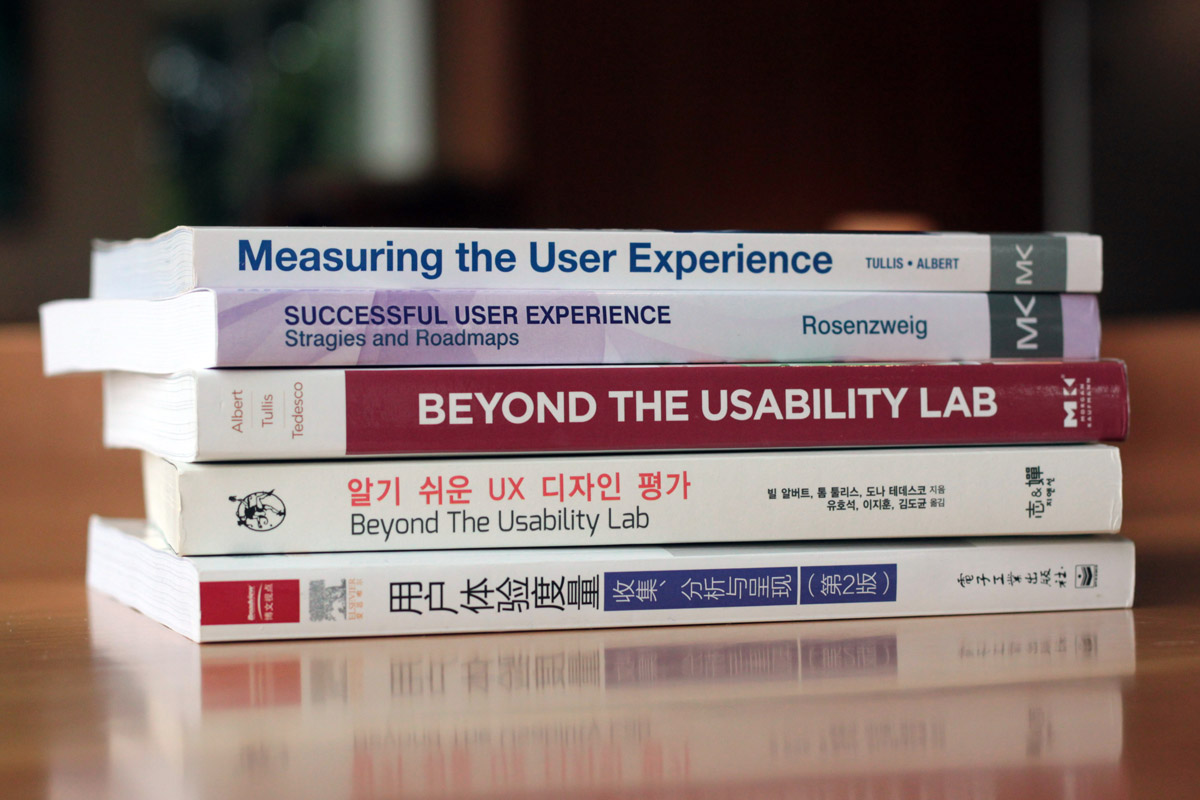