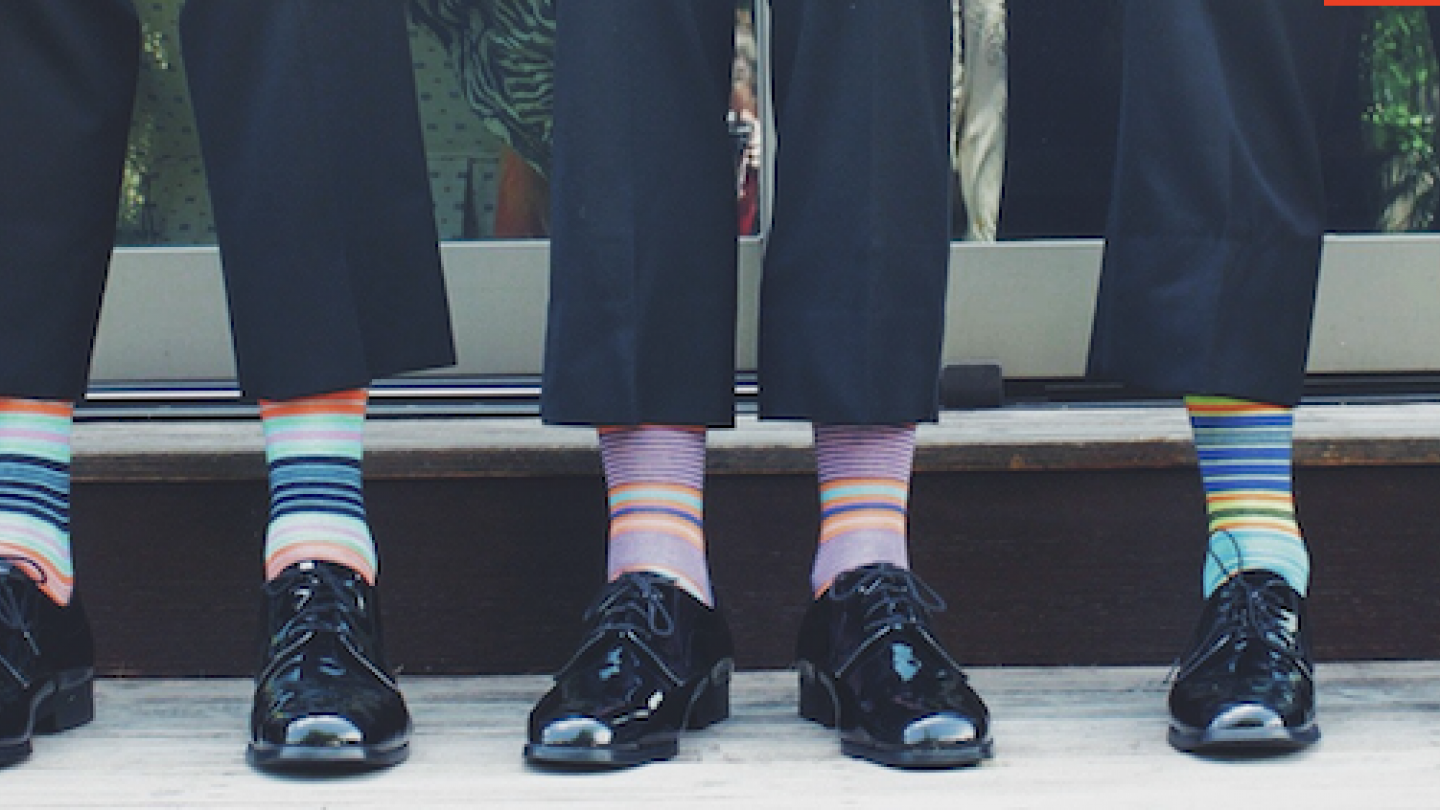 While a persona can be advantageous, it has the potential to be interpreted differently than envisioned by the creator. The persona’s audience may form varied, unintended connections to prior experience, stereotypes, and other preconceived ideas, resulting in the risk of bias. To identify and prevent bias in a persona, it is critical to consider the persona’s primary audience and how this audience may perceive each element and description included in the fictional representation.

Some key areas of bias to be aware of include: 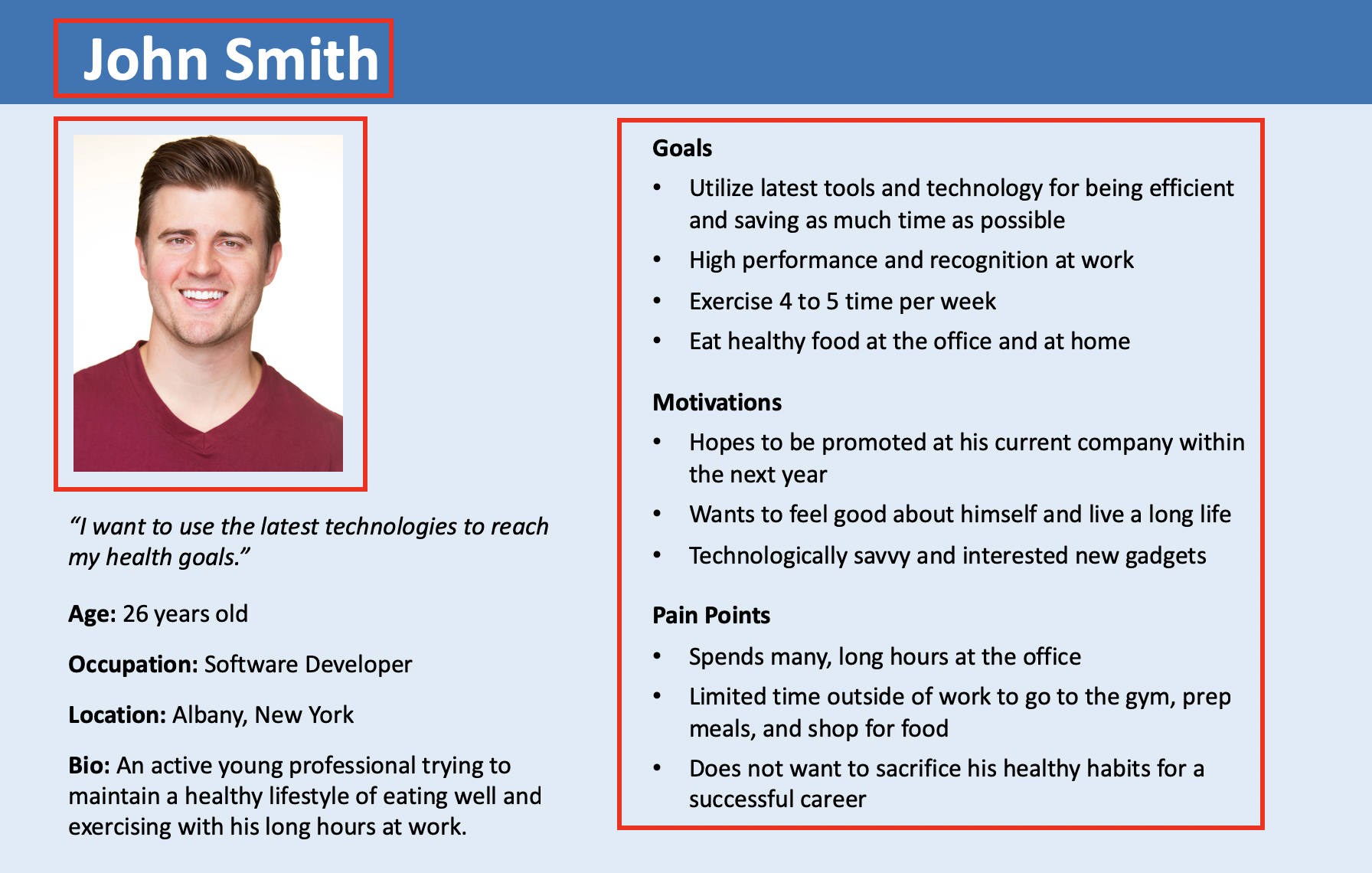 Although it is nearly impossible to completely eliminate bias, it is the duty of persona developers to acknowledge and minimize this risk. It is important to carefully consider how the most important features and characteristics of a persona are depicted. A persona is frequently referenced in design and decision making, so it should be an accurate, robust depiction of the intended target user group.

Personas are typically labeled with a name to help the audience visualize and build empathy with their target user group as they design and strategize. The name aids in making personas feel more human-like and memorable. Whether a persona is given a specific individual name, such as “Hardworking Ethan,” or a more general group name, such as “Athletic Adventurers,” the title chosen can unintentionally influence the audience’s perception of the persona in a variety of ways.

It is best practice to consider the various naming conventions available to label a persona and brainstorm possibilities, predicting potential connections that may be experienced by the audience. Persona names should strive to remain gender neutral, either be deliberately relevant for a specific age range or be timeless, avoid fictional, stereotypical, or famous references, and strike a balance between generic and inspirational.

The visual selected, usually a headshot, is another important aspect of the persona that is susceptible to bias. The image associated with the fictional representation is meant to enhance the persona’s story and help the audience better understand and recall the essence of the core user group.

There are two main decisions regarding the image, including the visual type (such as a photograph, realistic illustration, or cartoon) and the visual coloring (such as black and white or color). While there is no right or wrong combination of visual attributes to use for persona imagery, the visual chosen will ultimately carry extraneous ideas for the audience. These inherent biases can alter viewpoints based on traits displayed including gender, race, culture, age, and more. 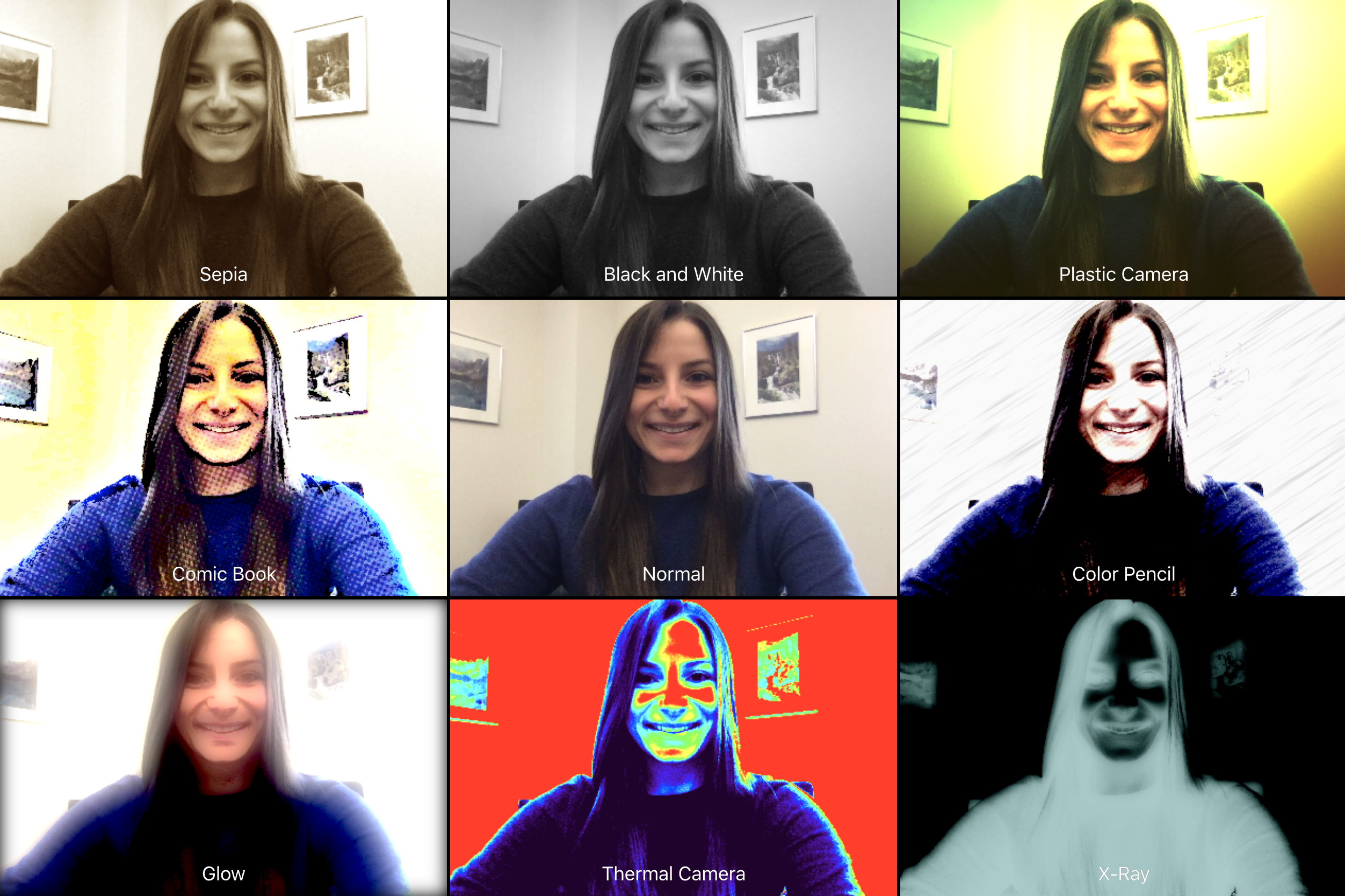 Human beings have the greatest understanding of themselves. Unless a person has an experience or connection to a particular disability, the experience can be forgotten. This biased inclination may occur due to limited time, budget constraints, forgetfulness, or even ignorance about realistic target users. Whatever the reason may be, it is critical to mitigate this bias by raising awareness that can lead to empathy for all users; including those with varied levels of abilities. The U.S. Census Bureaufound that there were nearly 40 million Americans with a disability in 2015. To prevent bias against this large group of users, creators of personas need to consider this disabled population, first seeing them as people and then designing for differences in ability. 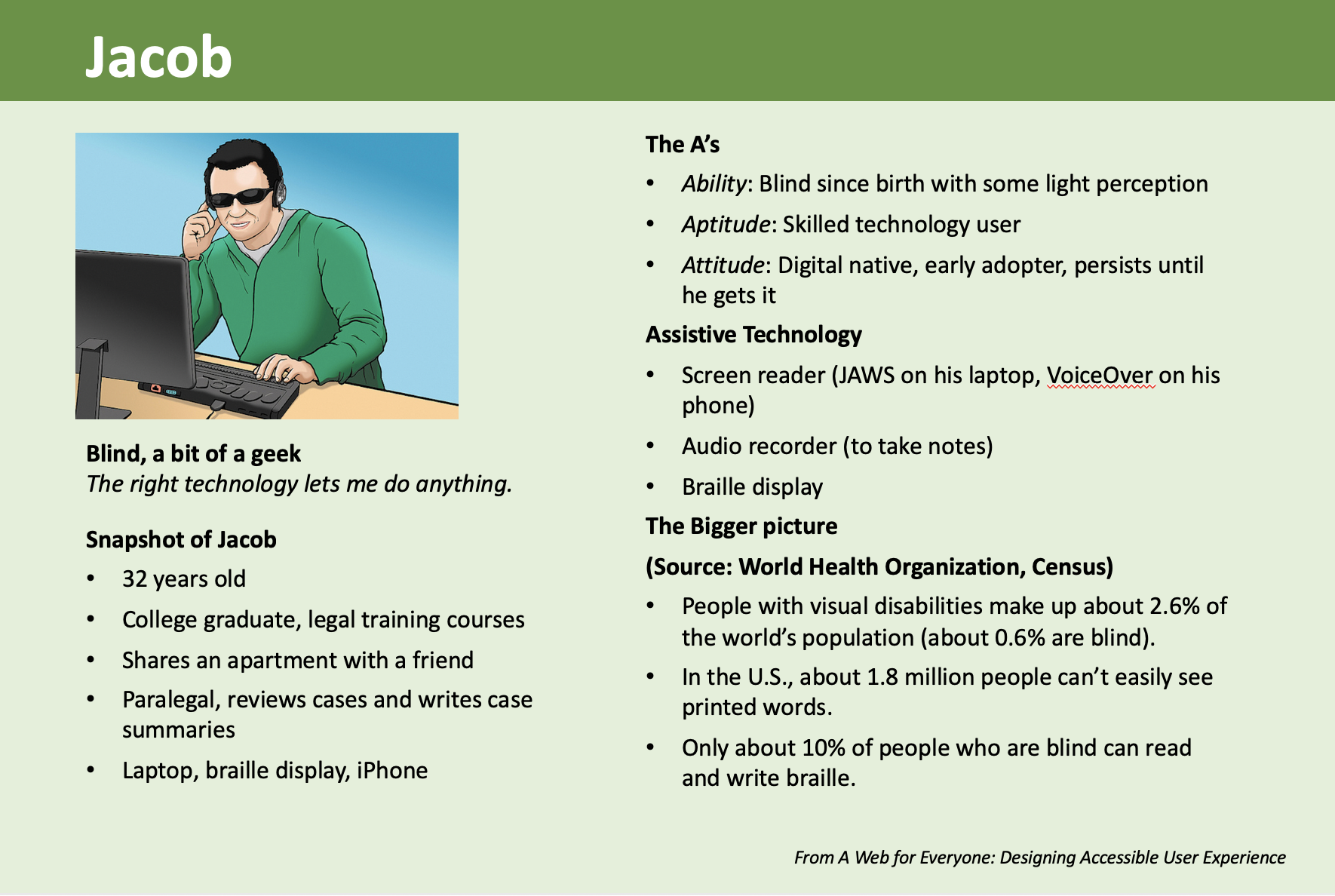 Creators of personas need to be conscientious of the potential elements discussed that can be subject to bias and minimize this threat as much as possible. Maintaining an awareness of bias risk will enable development of more reliable personas to be utilized in strategizing and decision making. 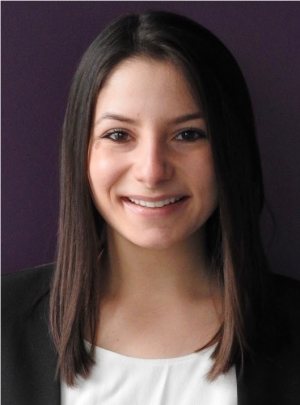 Jessica is currently a Research Associate at the User Experience Center. Prior to joining the UXC, Jessica worked in various digital and marketing disciplines. Most recently she was a Digital Marketing Associate at a strategy agency, where she created buyer personas and conducted website analyses. She is passionate about accessibility, developing empathy for users, and creative problem solving.

Jessica holds a Bachelor of Science degree from Lehigh University, where she studied Marketing and minored in Psychology and Graphic Design. She is currently pursuing a Masters of Science degree in Human Factors in Information Design at Bentley University.

You can connect with her on LinkedIn. 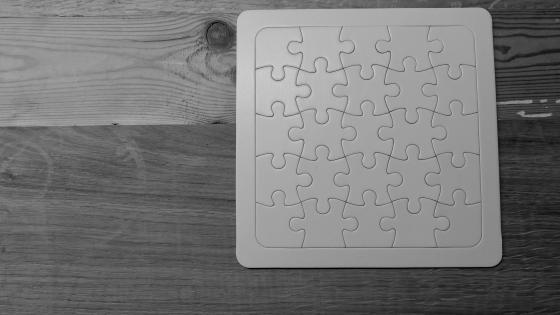 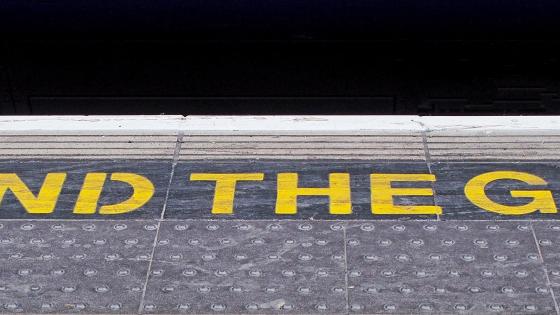 Bridging the Gap: Tensions in UX 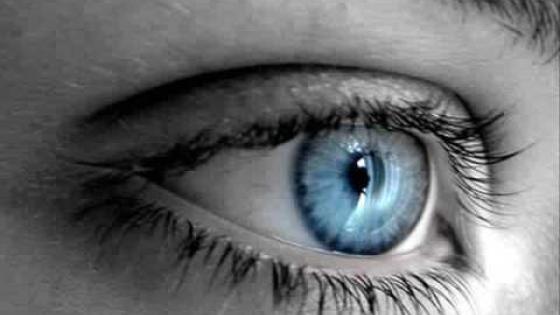 Back to All UXC Blogs