Office of the Provost

Office of the Provost

Michael ’66 and Judy Mee established an endowed fund to highlight and reward the lifetime of scholarly work demonstrated by our most distinguished faculty. The Mee Family Prize is an annual award that recognizes a full-time faculty member who holds full professor status at Bentley whose exceptional research contributions, both past and present, have clearly enhanced the scholarly standing and reputation of the University. 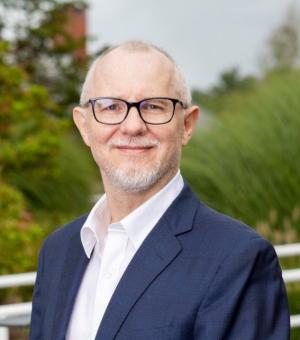 Martin Conyon firmly believes in a thoughtful and thorough approach to intellectual inquiry.

According to the Trustee Professor of Economics, “the best scholarship happens in an active marketplace of ideas.” In his view, it’s vital for universities to establish forums for “free and open inquiry,” as outlined in the Chicago Principles — a well-known document, issued in 2014 by the Committee on Freedom of Expression at the University of Chicago and subsequently adopted by other institutions, that pledges an “overarching commitment to free, robust and uninhibited debate and deliberation” and guarantees “the broadest possible latitude to speak, write, listen, challenge and learn.”

In 1979, former Chancellor and President Emeritus Dr. Gregory H. Adamian established an endowed fund at Bentley to provide perpetual funding for awards to honor outstanding faculty members. This led to the creation of the Dr. Gregory H. Adamian Award for Teaching Excellence, which had previously been announced at commencement and has been awarded to over 60 recipients to date. Starting in fall 2016, the endowed fund also supports an award to recognize lifetime teaching excellence and to acknowledge long-term pedagogical leadership demonstrated by our most distinguished faculty.

The Dr. Gregory H. Adamian Award for Lifetime Teaching Excellence is an annual award that recognizes a long-serving Bentley faculty member whose exceptional pedagogical contributions, including outstanding classroom teaching and the development of teaching-related materials, have clearly enhanced the reputation of the University and the development of its students. 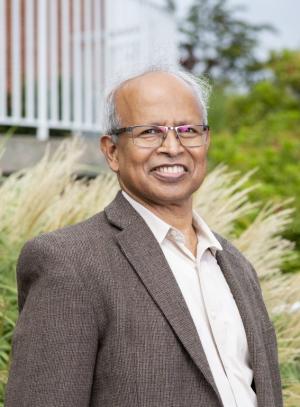 In a teaching career spanning more than four decades, Mahendra Gujarath has drawn constant inspiration from the words of Irish poet William Butler Yeats: “Education is not the filling of a pail but the lighting of a fire.”

“As an educator, I have the honor and responsibility of lighting these ‘fires’ for my students,” the Rae D. Anderson Professor of Accounting says. A firm believer in teaching beyond the textbook, Gujarathi uses real-world examples to engage students in lively classroom discussions that enhance their critical thinking skills and professional judgment as well as their knowledge of accounting concepts. “My greatest joy comes from seeing the light of connection in their eyes.”