Bentley University was one of the first academic institutions to join CEO Action for Diversity & Inclusion, the largest CEO-driven coalition to advance diversity and inclusion within the workplace, when it was launched in 2016. CWB Executive Director Trish Foster serves on the CEO Action Gender Working Group, which focuses on potential actions around gender-related issues. Bentley is also a member of the CEO Action President’s Circle, which extends the impact of CEO Action to college campuses. 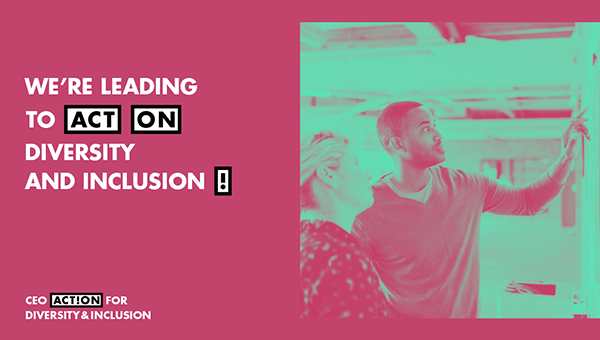 Bentley University was one of the first stops for the CEO Action for Diversity & Inclusion Campus Tour. The mobile tour provided Bentley students with an interactive and engaging experience about the concept of unconscious bias, or “blind spots.” Students and faculty who visited the mobile tour had the opportunity to participate in a blind spots educational video experience, implicit association test and educational content, which included a list of what common potential blind spots are and actions they can take to help address them.