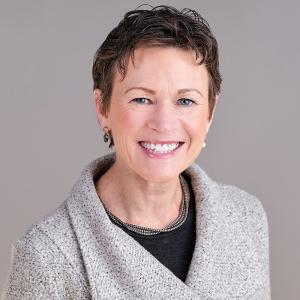 Trish serves as Executive Director in the Center for Women and Business at Bentley University, where she sets strategy and guides thought leadership. A sought-after speaker, Trish develops and delivers programs and workshops for a wide variety of organizations on issues impacting diversity, equity, and inclusion (DE&I), often with an emphasis on intersectionality and gender. She researches and writes reports on a range of critical DE&I issues. Some of the topics she writes and speaks about include How to Lead Through an Intersectional Lens, How to Leverage Professional Mentorship, Sponsorship, and Networks, How to Be an Effective Workplace Ally, and for women, How to Overcome Hidden Barriers such as the Confidence Gap.

As a passionate advocate for inclusion and allyship, Trish spearheaded formation of Bentley’s undergraduate Men of Alliance group. She is a member of Bentley’s Diversity Council and frequently facilitates workshops for Bentley’s Women’s Leadership Group. 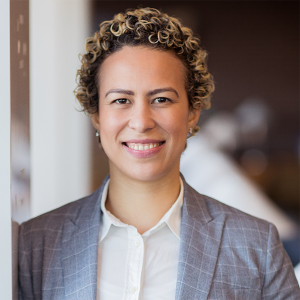 Yaro Fong-Olivares serves as Director for the Center for Women and Business and Executive Education at Bentley University, where she leads the design and delivery of customized training programs for organizations and coaching for individuals. A sought-after speaker and facilitator, Yaro has extensive experience in organizational development and management, including facilitating racial equity initiatives, diversity, and inclusion, strategy development, leadership coaching, and change management. Yaro leads Bentley Executive Education’s DEI Champions Certificate and will be launching a new program in the fall, Strategies for Emerging Leaders.

Yaro is currently pursuing a doctorate in Organizational Leadership Psychology at William James, holds an M.S. in Organizational Change Management from The New School, a B.A. in Sociology from Barnard College, and Clark Wilson’s 360 feedback Task Cycle Survey Certification. Yaro serves as president of the Executive Committee of the New York Center for the Study of Groups, Organizations and Social Systems, an affiliate of the A.K. Rice Institute for the Study of Social Systems and is a member of the A.K. Rice Institute. 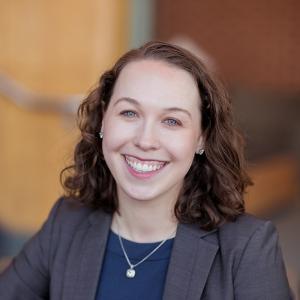 As the Assistant Director of Events, Becky McDougal develops strategy and executes details for signature events including Gearing Up, the Executive Working Group, The Leadership Breakfast Series, and Taking Charge: Women’s Executive Leadership. She also works with organizations to design custom workshops tailored to their specific workplace development needs.

Prior to Bentley, Becky was an Event Manager at Combined Jewish Philanthropies, managing programs for their Professional Networks, Women’s Philanthropy, and Planned Giving, creating a vibrant Jewish community in Boston and beyond. Previously she worked at CBI, managing over thirty domestic and international lifescience conferences annually to support continuing education.

Becky serves on the Boston Steering Committee for 2020 Women on Boards, as part of the national campaign to increase corporate board gender diversity. She was named 2019 Meeting Planner of the Year by MPI New England for her work engaging members in diversity and inclusion topics as they relate to the industry, and now serves on their board as Director of Education to lead educational programs and further guide the association’s diversity and inclusion initiatives. She holds an Executive Certificate in Strategic Diversity and Inclusion Management from Georgetown University’s Institute for Transformational Leadership. Becky earned her degree in Marketing from the Carroll School of Management at Boston College, with a minor in Sociology. 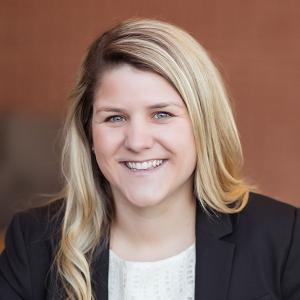 As Assistant Director for the Center for Women and Business (CWB) and Corporate Education at Bentley University, Janelle develops, manages, and implements the processes required to successfully deliver custom corporate programs and thought leadership to corporate partners. She designs the processes to plan and implement a wide portfolio of programs, managing all details and timetables with corporate partners. Janelle provides critical creative direction and research assistance for thought leadership materials, including research reports and presentations. She also leads the social media and website functions for the CWB and Executive Education.

As an advocate for disability inclusion and gender equity, Janelle is a member of the LINK20 cohort, a partnership of the Ruderman Family Foundation and MIT Sloan School of Management that supports social activism in the digital space with a unique focus on disability.

She earned her MBA with a concentration in Marketing Analytics from Bentley University and her BA in Liberal Arts and Sciences from Framingham State University. 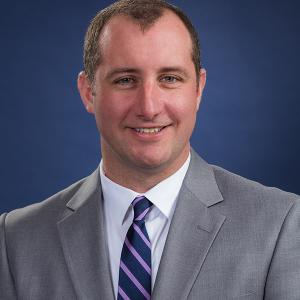 Ryan serves at the Director of Strategic Accounts for the External Relations Division.  In this role, he works with companies and organizations to create customized educational solutions from the Center for Women and Business and Executive Education at Bentley.  These educational solutions can include professional development workshops; Diversity, Equity and Inclusion trainings; and full corporate graduate programs.

Before joining Bentley, Ryan worked in Academic and Corporate Engagement at Worcester Polytechnic Institute (WPI).  At WPI Ryan collaborated with companies in the life science, healthcare and technology industries in building customized trainings and graduate programs.  In addition, he held several sales positions with the biopharmaceutical company Eli Lilly.  Ryan received both his BA and MBA from Assumption University. 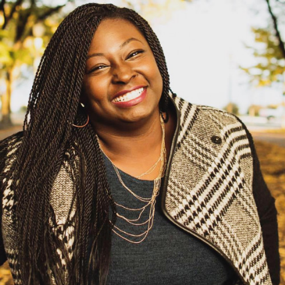 Dominique Wilburn serves as Program Manager for the Center for Women and Business and Executive Education at Bentley University. In her role, Dominique provides project and client-relationship management for our corporate education programs and partnerships.

Prior to Bentley, Dominique worked for a nonprofit study abroad provider where she managed the development and oversaw the implementation of a global diversity training program which educated international staff, faculty, and homestay families on matters of diversity, inclusion, discrimination, and mental health. Dominique earned her BA in Liberal Arts from Drew University where she majored in Political Science and minored in European History. 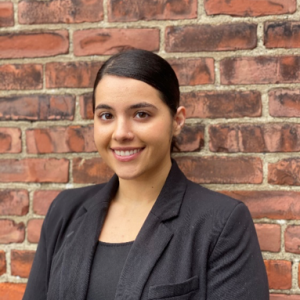 Eleni Cobi serves as the Program Coordinator for the Center for Women and Business. She provides administrative and program support to the CWB and Executive Education teams. This includes assistance for special events, meetings, and client programs, along with writing, communications, and social media/tech support. In addition, she conducts research, assists in the delivery of virtual programs, and supervises work study students.

Eleni joined the CWB from Global Atlantic Financial Group, where she worked as an Investment Operations Analyst. She supported the Real Estate, Specialty Finance, and Transportation investment teams where she maintained relationships with third party servicers, executed investment fundings, and managed assets through their life cycle.

Eleni is a Bentley Alumni and earned her BS in Economics and Finance with a minor in Computer Information Systems. 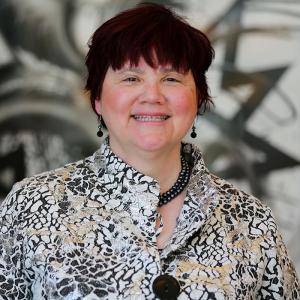 Donna Maria Blancero is the Provost and Vice President of Academic Affairs at Bentley University. Donna Maria previously served as the interim Dean of Business and the McCallum Graduate School at Bentley, at which time she was one of three Latina business deans in AACSB accredited Universities in the United States. She is passionate about issues of inclusion and equity.

Dr. Blancero is the founding editor of The Business Journal of Hispanic Research and a national speaker on issues related to Hispanic leadership, inclusion and unconscious bias. She has received many awards including the Presidential Award (twice) from the Society for Advancement of Chicanos/Hispanics and Native Americans in Science; the National Society of Hispanic MBA’s Brillante Award for Hispanic Education; the National Black MBA Diversity Educator Award; and Bentley’s MLK Leadership Award. She received her PhD in Industrial and Labor Relations from Cornell University, master’s degree from New York Institute of Technology, and bachelor’s degree from SUNY, College at Old Westbury. 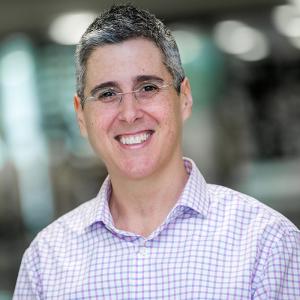 Wiley Davi is Associate Professor in English and Media Studies (EMS) at Bentley University. Previously, Wiley served as Associate Dean of Arts & Sciences and also as chair of the EMS Department. Wiley has published articles on leadership, on the value of liberal learning in a business curriculum, and on diversity in the classroom. Currently, they are working on a co-authored book on leadership and metacognition.

Fully committed to diversity initiatives, Wiley has served as a facilitator of Bentley’s faculty and staff workshops on diversity, on being an LGBTQ ally, and on being a transgender ally. For this work, Wiley received Bentley’s Martin Luther King, Jr. Leadership Award. Wiley has also received numerous awards for their teaching, including Bentley’s Innovation in Teaching Award and the Gregory H. Adamian Award for Excellence in Teaching.

Since 2015, Wiley has served as a Women in Leadership program fcilitator for the Erasmus Center for Women and Organizations (ECWO) out of the Rotterdam School of Management at Erasmus University in the Netherlands. Through ECWO, they have worked with women in organizations such as ING Bank, TNO (a nonprofit that focuses on applied science), and the European Central Bank. Wiley received their PhD from Tufts University 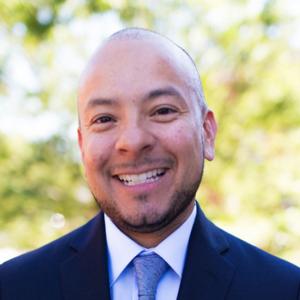 Dr. Mateo Cruz is an Assistant Professor of Management at Bentley University. His primary research examines the different ways women and people of color contend with systemic stereotype threat in occupations where they face chronic underrepresentation. His work has been published in top management outlets and presented to academic and executive audiences nationwide.

As a scholar-practitioner, Mateo’s work is guided by one central goal: To design and deliver evidence-based interventions that advance change leaders at the intersections of identities. He holds 15+ years of experience as an organization development (OD) consultant and coach and currently serves as a faculty advisor to Bentley University’s Center for Women and Business. 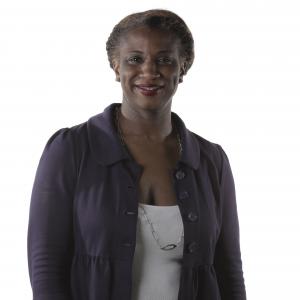 Although, Kiana has a passion for teaching, she equally has a passion for Social Justice and Diversity, Equity and Inclusion.  Her work at Bentley centers on social justice.  Kiana serves on several committees across the Bentley Community; she is a Co-Chair of the Teaching and Scholarly Activities Committee and is an advisor to three student organizations. Kiana was the 2017 recipient of the Martin Luther King, Jr. Leadership Award, the 2017 and 2018 Innovation in Teaching Award and the 2019 Joseph M. Cronin Award for Excellence in Academic Advising at Bentley University.  She has also won awards for Exemplary Educator, faculty of the year and outstanding alumni through Bentley University.

Kiana also sits on the Board of Directors for KodeConnect, Inc. a non-profit organization helping marginalized youth to get access to STEM classes for little to no cost.